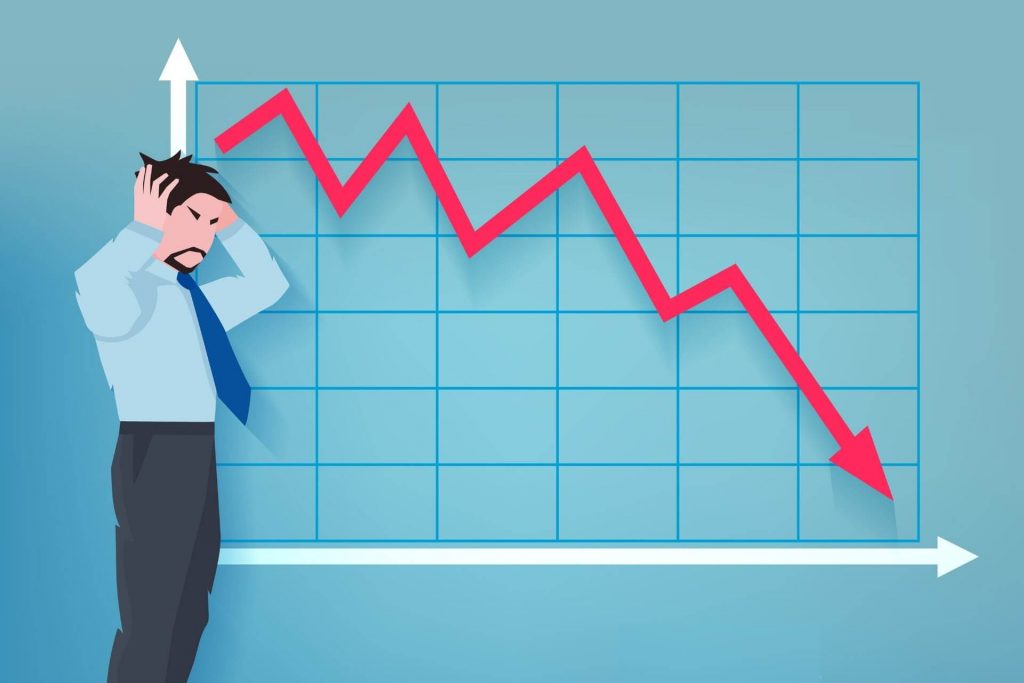 Biggest Stock Market Crashes in India: Stock Market crashes symbolize times of wealth destruction and pain to investors. They also symbolize times of opportunity and resilience to few. A stock market crash is when a market index faces a rapid and unanticipated severe drop in a day or a few days of trading. Today we look at some of the worst single-day falls that affected the Sensex over the history of Bombay Stock Exchange(BSE).

The table below shows the biggest single-day falls faced by the Sensex.

February saw a silver lining for the Indian economy as an oil feud between Russia and OPEC resulted in a global crash in oil prices to $30 per barrel. This was over a dispute over the steps to be taken to face the demand slump. However, the benefits of the price slash were not relayed to the end consumers. The prices still are still set to those before the crash. The benefit of the reduced price still remains with the government.

March 6th saw Yes Bank at the brink of failure adding to the woes of COVID-19. This was due to the bad loans resulting in high NPAs with the bank eventually requiring government intervention. This further gave a clearer picture of the ailing banking sector. The markets saw a 1,000 point loss on March 4th and March 6th. Lockdowns imposed around Europe and ‘Emergency’ declared in the US saw Foreign institutional investors fleeing the Indian markets to invest in stable developed countries. As the COVID-19 cases kept worsening in India the markets entered a bearish slump.

The 2008 financial crisis was known as the biggest disaster after The Great Depression. The financial crisis was caused by the bubble created by the housing market in the US. It trashed not only the ‘American Dream’ but also rippled on throughout the world killing many Indian Dreams too. The Ripple effect saw the market fall a number of times in 2008. The year 2008-09 had seen the Indian markets fall by over 50% from its high. 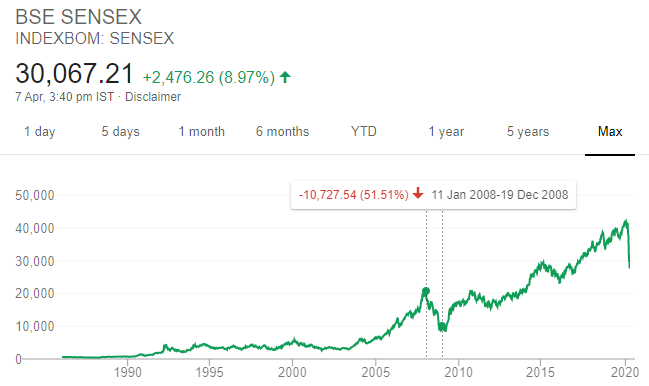 Harshad Mehta was known as “The Sunny Deol of the Indian Stock Market”, “ The Big Bull”, and eventually was the eponym to his scam. Harshad Mehta was a broker known for his lush luxurious lifestyle. He took advantage of the regulations which barred banks from investing in the stock markets in the 1980s and 1990s. 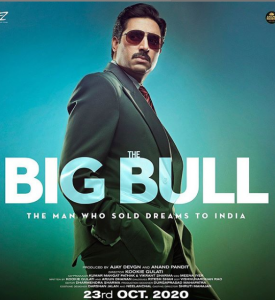 Harshad Mehta took capital from banks and invested them into the stock markets promising banks a high return. Mehta would invest in selected securities and the huge investments made on behalf of the banks would hike up the demand for those shares. He would then sell the proceeds passing a portion of the profit to banks. The stock markets crashed the day he sold off his holdings in the market due to the over-inflated stocks.

Indian stock market crashes to date were caused due to a variety of reasons like change of ruling parties, actions taken by the government (demonetization),  ripple effect of international market crashes and now even pandemics. These crashes may seem like a picture of the riskiness and volatility of the Indian markets, however, they can also be viewed as a testament to the tougher times they have recovered from. Today the Indian Markets face bigger challenges and only time can tell how they cope with the forever changing environment of 2020.