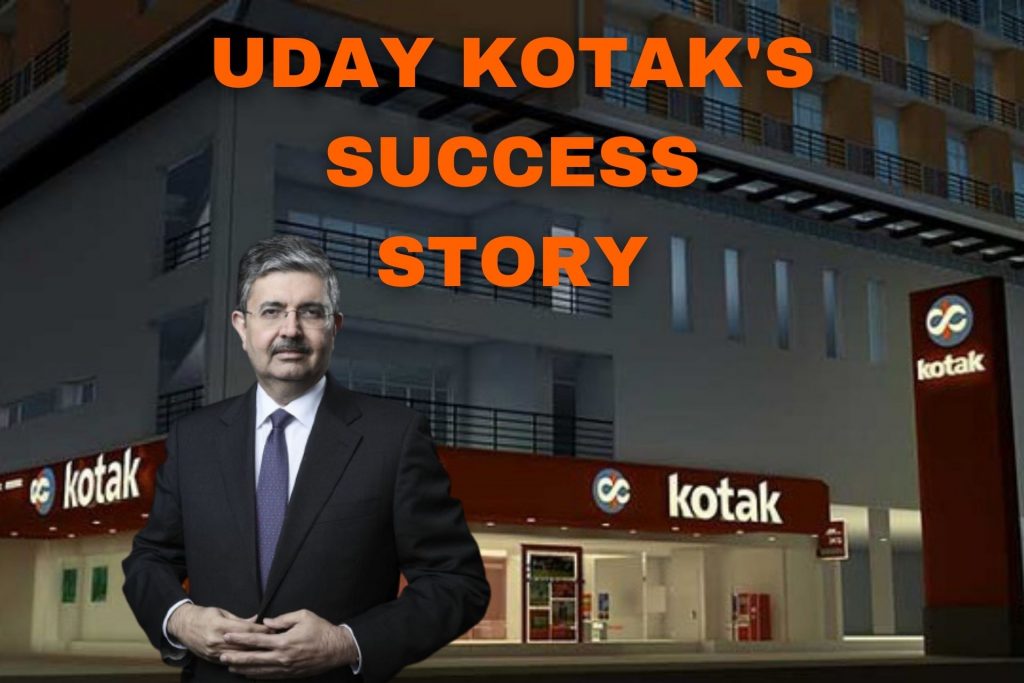 Success Story of the Man behind Kotak Mahindra Bank: Kotak Mahindra could be one of the most successful banks the country has ever produced. Today we take a closer look at the man behind the multi-billion dollar bank i.e. Uday Kotak. In this article, we cover Uday Kotak’s success story and his journey from an aspiring cricketer to one of the world’s richest bankers. Keep reading to find out his self-made story!

Uday Kotak was born on 15 March 1959 to an upper-middle-class Gujarati Lohana joint-family in Mumbai. His family had moved from Karachi, Pakistan to India during the partition and had set up a cotton trading business.

His family followed a joint family system and so Uday grew up in a household of 60 members sharing a common kitchen under one roof. Today the billionaire looks back and calls this “Capitalism at work and Socialism at home”.

Uday always had a knack for mathematics and this led him into the banking career which he pursued later on in his life. He went on to receive a Bachelors in Commerce from Sydenham College of Commerce and Economics. He also pursued a postgraduate degree in management studies from Jamnalal Bajaj Institute of Management Studies.

Uday spent most of his childhood cricketing and learning the sitar. His love for cricket took precedence over maths and he even dreamt of going pro.

One of Uday Kotak’s earliest dreams was to become a cricketer. But he did not only dream it like millions but also made an attempt to pursue it. During his childhood, Uday captained his school and college teams. 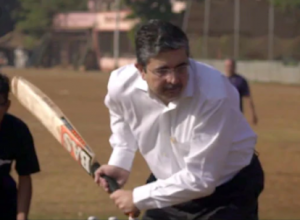 He even went on to play the Kanga Cricket League (named after Hormasji Kanga, who played 43 First-class cricket matches) in Mumbai.

The league has also featured great cricketers like Sunil Gavaskar, young Sachin Tendulkar, Zaheer Khan, among others. Uday Kotak played as a left-hand spinner and a right-hand batsman.

Kotak’s cricketing career came to an end when he got hit on the head while running between the wickets while playing the Kanga League at Azad Maidan. This further led to complications and Kotak needed to undergo an operation to avoid a brain hemorrhage.

His injury had bedridden Kotak for several months and even put an end to his cricketing career. Uday also missed a year at his college due to the accident. 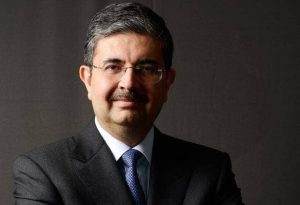 After completing his MBA, Uday had received an offer from Hindustan Unilever, a multinational FMCG company. Although Uday was all set to join the MNC his father made him rethink his decision. He convinced Uday to set up his own business in a 300 sq. ft office space.

Uday opened up Kotak Capital Management Finance Ltd his own small financial agency at the age of 23. It was engaged in the bill discounting business with borrowed capital from friends and family.

In 1986 Kotak received investment from his friend Anand Mahindra and renamed the business to Kotak Mahindra.

Uday noticed that during the 80s, Nelco a Tata company would borrow its working capital requirements from banks at an interest rate of 17%. At the same time, he also noticed that his friends would part their money in banks that would only provide a 6% return.

Uday saw the opportunity here and offered his friends twice the returns offered by banks i.e. 12% if they were willing to lend to Nelco. The company, being owned by Tata was an added advantage to its security.

Uday took these funds and went on to offer Nelco their requirements but at a 16% rate of interest. With a successful deal, Uday made 4% with little to no investment.

Uday however did not stop here. He kept searching the markets for other opportunities. He observed that car buyers had to buy cars through means of cash. Even banks then charged their customers an interest rate of 13%.

Uday Kotak too began offering car loans at a 13% interest rate. But why would someone choose a newcomer over established banks?

Uday observed that people buying the Maruti a popular vehicle in the 80s would often have a 6 month wait period. Uday took advantage of this and booked 5,000 Maruti cars in advance, a very risky bet. He then offered these to his prospective clients. His bet paid off as car buyers preferred to receive the car at the time of purchase.

The business acumen displayed by Uday Kotak set him, leagues, apart from others in the industry. It is important to note that Uday was still very young but making an impact in the industry.

As the years went by Uday didn’t just keep growing his business but all diversifying it into different finance arms.

In 1995 Kotak entered the distribution and brokerage business. He kept doing this and in a few years, Kotak Mahindra was now involved in investment banking, bill discounting, stockbroking, life insurance, car finance, and mutual funds. 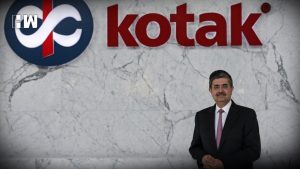 By 2014, what Uday Kotak had started off in a 300 square feet office was already the 2nd largest scheduled commercial bank in India by market capitalization with more than 1270 branches.

Uday Kotak after so many years still holds the MD and CEO position for Kotak Mahindra. His story could easily be one of the greatest self-made success stories of our country. He is today worth $14.8 billion!

That’s it for this article! Let us know what you think of Uday Kotak’s success story in the comments section below.