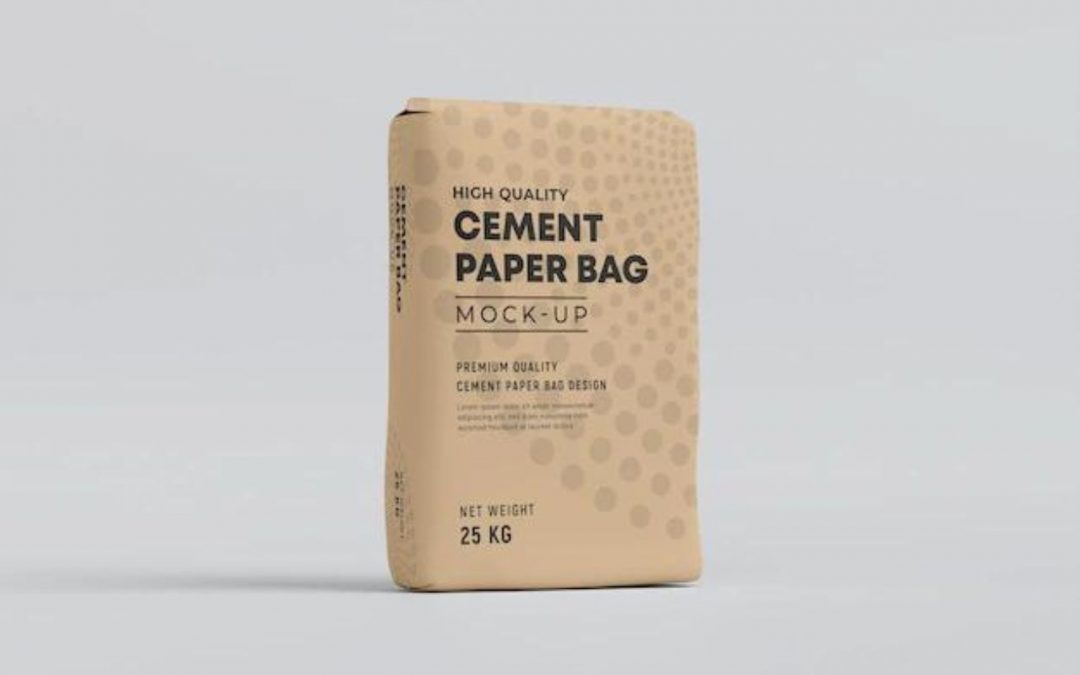 Top Cement Companies Stocks to Buy: A common component whether it be while building dams, buildings, or roads are cement. This has been the case for almost two centuries now. As essential it is for construction let us take a look at the cement industry in India. And also have an overview of the stocks available to figure out if they can be just as essential to our portfolio.

A matter of pride not known to many which are also why the sector is often overlooked is that the Indian cement industry is the world’s second-largest producer.

India has a capacity to produce up to 550 million tonnes (MT) as of FY22, the same year the industry managed to produce around 350 MT. These rankings are thankfully owed to the natural resource-rich geography that we live in.

India has huge quantities of high-quality limestone deposits throughout the country which will also aid the industry’s growth needs as production is said to reach 382 million tonnes by FY23.

One must realize that an important growth factor for the cement industry is its demand put forward by industrial and commercial construction of houses, dams, bridges, roads, etc. This demand is expected to reach  550-600 MT by 2025.

The sector also has a strong export base to countries like UAE, Nepal, Bangladesh, and the US. Over the next decade, India can also step up to be a major exporter to other countries in the middle east and Africa.

Just like every other industry the cement sector too was hit hard during Covid due to the lockdowns. As we have understood earlier, the industry is dependent on construction which was almost non-existent during this period. There however was still a silver lining for the industry here.

Companies were now forced to reduce their operating costs to reduce losses or maintain profitability. As the lockdowns were slowly lifted the industry saw a step-by-step revival in the demand as construction resumed.

It was seen especially in rural areas of the country which were not as badly hit as their urban counterparts. This scenario however can prove to be beneficial to the companies if they manage to carry the same low cost of expenditure into the future.

Government Stance on the Cement Industry

If you had been a spectator to the budget 2022 you would not have missed the emphasis laid out by the Finance Minister on focusing on laying the foundation to boost growth in the coming years. To achieve this the government has shifted its focus to infrastructure development.

The budget has planned spending of Rs. 10 lakh crores for FY22-23. The government’s focus on developing infrastructure will further the growth of the Cement Industry.

The Adani group agreed to buy the holdings of Swiss building materials manufacturer Holcim in ACC and Ambuja Cements. As the deal goes through, the cooking oil to energy conglomerate will hold 63.19% of Ambuja Cements and 54.53% of ACC having a combined value of ₹ 80,000 crores. 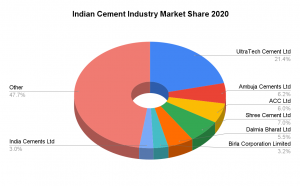 The Top 4 listed companies by MCap in the cement industry are Ultratech Cement, Shree Cements, Ambuja Cement, and ACC whose shares will be the focus of this article.

They are followed by Ambuja Cements, ACC, and Dalmia Bharat holding a 6.2%, 6%, and 5.5% market share respectively based on the number of units sold.

Now let us take a closer look at these top Cement Companies in India individually to find which ones could be lucrative options to invest in: 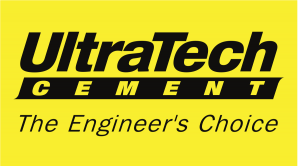 UltraTech Cement Ltd is the subsidiary of Grasim Industries owned by Aditya Birla Group and is the largest manufacturer of grey cement, ready mix concrete (RMC), and white cement in India.

Founded in 1983, the company is the leader both in terms of Mcap, market share, turnover, and is also the largest exporter of cement in the Indian Cement Industry. Its exports include countries like UAE, Bahrain, Bangladesh, and Sri Lanka.

The company has a consolidated capacity of 119.95 metric tonnes per annum (MTPA). UltraTech has 22 integrated plants, 1 Clinkerisation  plant, 27 grinding units, and 8 bulk terminals. 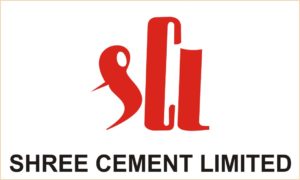 Founded in 1979, Shree Cement in Rajasthan is currently headquartered in Kolkata and run by the Bangur family. The company is India’s 2nd largest cement company in terms of the operational capacity of 43.4 million tonnes per annum (MTPA) in India and 47.4 including overseas.

The company has a presence in 8 states i.e. Rajasthan, Uttarakhand, Bihar, Chhattisgarh, Haryana, Uttar Pradesh, and Karnataka. Cement is sold by the company under the brands Shree Jung-Rodhak, Bangur, and RockStrong. 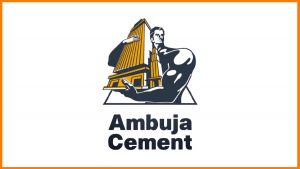 Ambuja Cements was founded in 1983 by Suresh Kumar Neotia and Narotam Sekhsaria. The company is now part of Adani group as the conglomerate has acquired stake from The Holcim Group.

Ambuja Cements has a cement capacity of 31 million tonnes. The company achieves this through its 6 integrated cement manufacturing plants and 8 cement grinding units across the country.

What set Ambuja cement apart from other companies in the industry was it becoming the first to build a captive port and have its own fleet of ships to transport cement.

The company however does not only manufacture cement but also micro materials  Ambuja Plus Roof Special. and Alccofine, Dirk Pozzocrete.

Founded in 1936, ACC is one of the oldest cement producers in India. Earlier known as Associated Cement Companies Limited was formed when 11 cement companies belonging to the Tatas, Khatuas, F E Dinshaw, and Killick Nixon merged to form a single entity.

Gautam Adani led Adani Group has acquire Holcim’s stake in ACC making it the largest shareholder of the company.

ACC has a cement capacity is 31.8 million tonnes. The Company has 5 integrated cement manufacturing plants and 8 cement grinding units across the country.

One can expect companies in the cement industry to incur debt due to the capital-intensive nature of the industry. Despite this ACC and Ambuja Cements have managed to have no debt.

Even though Ultratech and Shree Cements‘ debt to equity ratio stands at 0.59 and 0.24 they are still at reasonable levels.

An impressive point to be noted here is Ultratech’s commitment to reduce debt. The company has successfully reduced debt from Rs.16,860 in March 2020 to Rs.9,436 cr as of Dec’20.

Although the best stocks would have an ROE and ROCE of over 20% it is ideal to have ROE and ROCE between 15%-20%.

The ROE gives us an idea of how well the company is managing shareholder investments to generate returns. Among these stocks, Ultratech has achieved the highest ROE followed by Shree and Ambuja. ACC however has performed poorly on this parameter.

The ROCE shows us the ability of the company to generate profits based on total capital employed. Here we can see that Ambuja and Shree cement being the only ones to achieve an ideal ROCE. This is closely followed by ACC. Ultratech however performed poorest among the stocks on this parameter.

The PE ratio is one of the most important ratios which helps us analyze if the stock is overvalued or not. We can see that investors have already bet really highly on the growth prospects of Shree and Ultratech Cements. Whereas Ambuja seems reasonable after taking a look at where it stands on returns and being debt-free.

It is important to note that the cement industry is dependent on access to raw materials and consumer demand. In addition to this, the rising prices of fuel could have an adverse effect on the industry. The stocks included above are all the biggest companies in the cement industry.

However, analysts have also have included other cement stocks like JK Cement, JK Lakshmi Cement, and Dalmia Bharat. Superstar investors like RK Damani have included stocks like India Cements in their portfolios.

That’s all for this post, let us know in the comments below which stock you feel would perform best in the Cement industry. Happy Investing!.