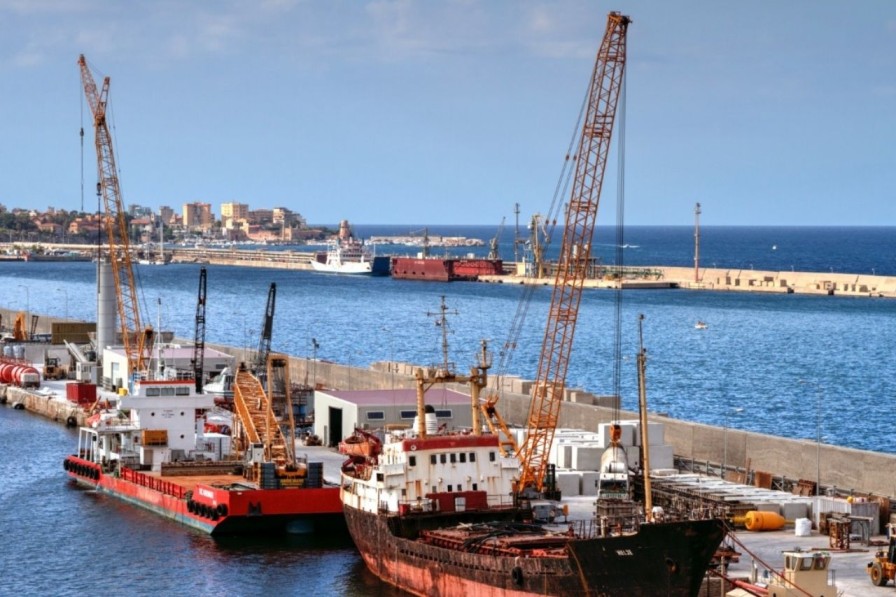 ABG Shipyard Scam: Every single week we wake up to a freshly well-cooked scam waiting for us to hear about. So much so that the numbers are slowly starting to lose the meaning attached to them.

One such case is that of the ABG Shipyard scam. The scam was worth Rs. 22,842 crores have been dubbed as India’s biggest bank fraud. In this article, we take a look at what exactly happened and what led to the scam.

Keep Reading to find out!

Founded in ABG Shipyard Ltd. is the flagship company of the ABG Group. Or in the current context, it at least was. The

company was incorporated by Rishi Kamlesh Agarwal with the aim of building ships and repairing them. The company has shipyards in Dahesh and Surat in Gujarat.

The company’s huge capital requirement needs were provided by a consortium of 28 banks. This consortium was led by ICICI Bank.

Post the opening up of the Indian economy in 1991 thanks to globalization the Indian shipping industry experienced exponential growth. This resulted in huge demand for transportation via sea routes.

One may wonder why transportation through the sea was preferred over the air. This is because transportation by sea is up to five times cheaper than that by air.

Apart from this ABG is present in a developing countries like India with booming globalization. This resulted in huge benefits for companies that were into ports.

This resulted in banks providing ABG Shipyard with loans and lower interest rates. This however made sense thanks to the potential that ABG had during the 2000s.

Another important aspect we have to make note of is the time and investment that goes into building a ship. Depending on the size a ship may take up to 3 years to build with an investment of up to Rs. 200 crores.

Considering the huge demand for ships to transport goods, the ABG shipyard received a lot of orders. For 16 years ending in 2008 ABG shipyard built 165 ships. The company even called itself India’s biggest shipbuilding and repair company.

The remaining was made up of important names like the Indian Navy and the Indian coast guard.

Where Did It All Go Wrong?

However, the 2008 crisis changed this. After the crash global economies were severely affected. This resulted in companies around the world canceling orders that they had placed with ABG Shipyard.

One may wonder how a few orders that were canceled would affect a hugely established company. This is where the time taken to manufacture a ship comes into play.

Ships that were ordered months or even years ago were canceled. This resulted in ABG having an inventory during a period when no one wanted more ships.

The company still had the option to compete for local tenders from the Indian Navy or the Indian Coast Guard. But one must keep in mind that generally, these government defense companies prioritize other government entities for their tenders.

Despite this, the company managed to rebound and earn its highest revenues ever in 2011-12. Everything was downhill from here.

This is where the trouble began brewing for ABG Shipyard. The company began making losses. just 2 years after this. This was when the company opted in for capital restructuring.

However, despite these efforts, the company failed to turn around and was declared an NPA by the banks in 2016.

How Does A Scam Fit In Here?

Companies go bankrupt unfortunately and there are many that do so. But how did a company that raised over $2 billion go bankrupt?

This is where the word scam comes into the picture in ABG Shipyards’ story. The promoters of the company instead of putting the funds to work resorted to diverting them for personal use.

They opened shell companies abroad through which the funds raised for reviving the company were diverted to 98 sister companies.

These payouts ran into 100s of crores made to related parties which were also used to buy properties.

It was only in 2019 when EY conducted a forensic audit on the company that they found evidence of fraud. Funds were diverted.

This resulted in SBI filing a complaint once in 2019. Despite no official action being taken banks already began reporting the account as a fraud.

A more comprehensive complaint was once again filed in 2020 once again. Finally, the scam broke out in 2022. The CBI registered a case against ABG Shipyard in 2022.

Which Were The Banks Affected In The ABG Shipyard Scam?

The banks were that were affected are as follows with the amount due to them:

The ABG Shipyard scam resulted in a spat between Congress and the BJP. The Congress general secretary Randeep Singh Surjewala questioned why an FIR wasn’t lodged earlier.

Finance Minister Nirmala Sitharaman replied to this stating that it takes 52 to 54 months to scrutinize and account in general. She went on to credit the banks for identifying the fraud sooner than usual.

That’s all for this post on ABG Shipyard Scam! Let us know what you think about how the ABG scam was uncovered in the comments below. Happy Reading!