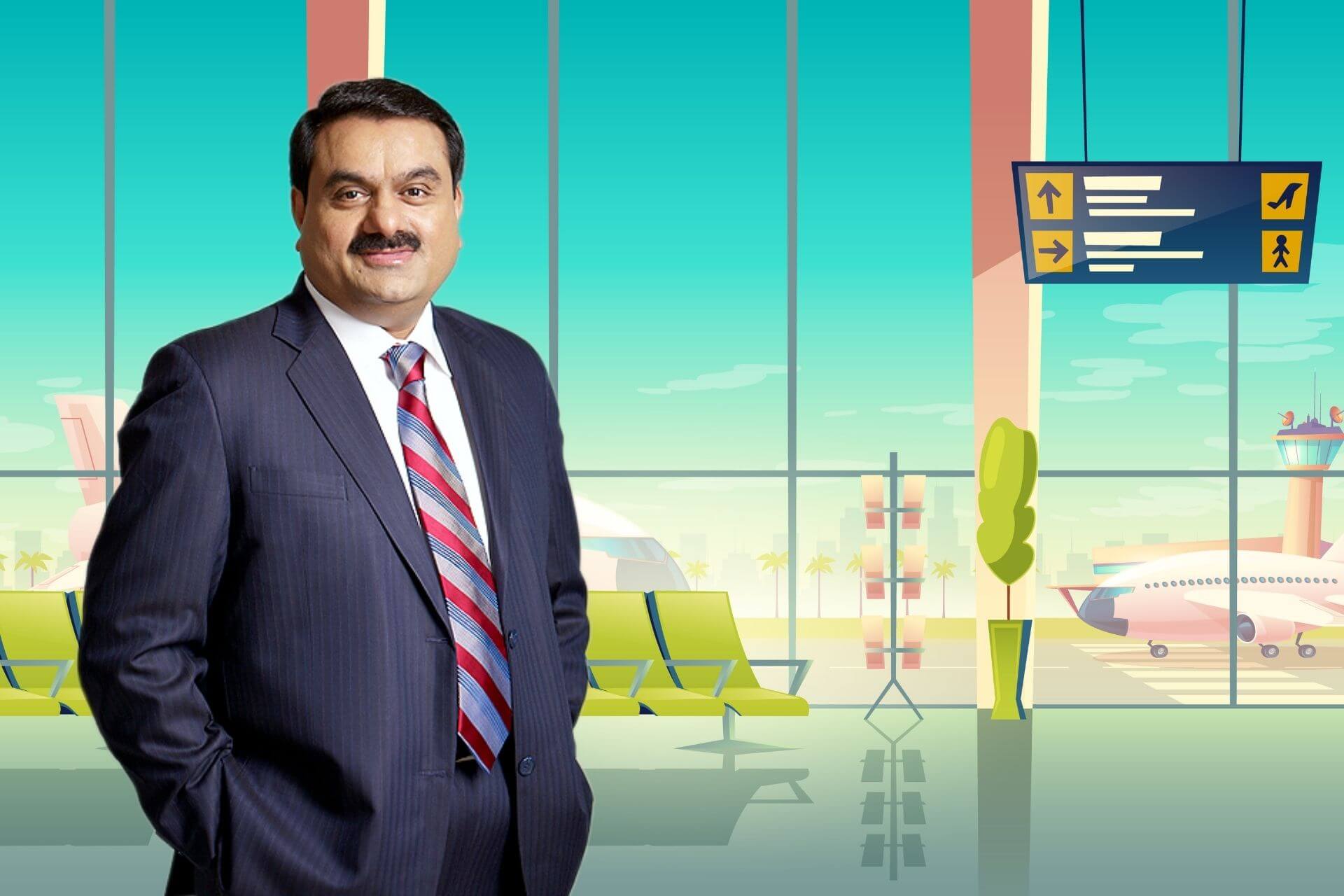 The Adani Group headed by Gautam Adani has been in a lot of market news recently because of different Adani Group airport deals. In their past deals, they managed to get the right over six major Indian airports – Ahmedabad, Lucknow, Jaipur, Guwahati, Thiruvananthapuram, and Mangaluru – for 50 years. Moreover, last month, Adani Group also signed a deal to acquire Mumbai airport and to take over Navi Mumbai airport.

In today’s article of Market Forensics by Trade Brains, we’ll be discussing different Adani Group Airport Deals and why is Adani Group Interested in Indian Airports. Let’s get started.

What is the Adani Group?

The Adani Group is an Indian multinational conglomerate company with combined revenue of $13 Bn and a market cap of $22 Bn (as of 27th May 2020). It was founded by Gautam Adani (current the second richest man in India) in 1988 as a commodity trading business headquartered in Ahmedabad, in the state of Gujarat, India.

(Fig: The Adani Group Verticals as of October 2020)

Why is Government Privatising the Airports?

Now that we have covered the Adani Group, let’s move to the main topic of this article – Why is Government Privatising the Airports and Why Adani Group is interested in it.

Till now, the Government of India has Privatised Six Airports (Lucknow, Ahmedabad, Jaipur, Mangaluru, Thiruvananthapuram, and Guwahati) and plans to privatize 25-30 more in the second phase of disinvestment. One of the major reason behind this privatization is that there are a total of 123 airports in India and out of which 109 are running under losses. A few strategic reasons as to why the government is keen on Privatising the Airports in India as as follows:

How will the Adani group make money from Airports?

As already discussed in this article, Adani Group is interested in acquiring airports because of different strategic advantages. Here’s how Adani group may make money from these airports:

The connection of Gautam Adani, with our current Prime Minister Shri Narendra Modi, is no hidden secret. Even though there has been a lot of opposition from the Chief Minister of Kerala and the labor unions of the AAI, regarding the Privatisation of airport in Thiruvananthapuram, the Adani group will soon be controlling the operations in eight airports in India.

And what also benefitted the Adani group, is that in times of COVID-19, the infrastructure sector has been badly hit, especially the Aviation sector. Even the process of Privatisation was sped up and the PMO instructed the respective departments of Economic Affairs and the NITI aayog to prepare a mechanism to remove six airports from the control of AAI (Airport Authority of India) and to hand them over to the private players. And to top it off, the lease period for the Privatisation was increased by 20 years, from 30 years to 50 years.

On December 14, 2018, the government invited bids for the Privatisation of these Airports. And the tenders for the Privatisation were processed at breakneck speed. And in Feb 2019, the government announced that the ADANI group, which had no prior experience in airport operations and development, have won the bids for all the six airports. Interestingly, all these six airports are some of the only few airports which were running under profits.

Having secured the right of private ownership of six airports in India, the Adani group has now set its eyes, on controlling the right on other major airports in India which would be privatized. And the ultimate aim is to be able to have a firm grip on the Port sector (already the biggest player) and the airports sector.

But, the path to securing these airports was never easy. They had to fight legal disputes with entities in different corners of the world, like South Africa, Mauritius, Abu Dhabi, and Canada. After a series of search and seizure raids were conducted on the GVK group (Operating second largest Airport in India i.e., Mumbai), the Hyderabad group capitulated and agreed to hand over the controlling stake in companies operating two Airports of Mumbai and the one coming up in Navi Mumbai to Adani Group.

The initial hurdle towards being a major player the infrastructure player has been crossed by the Adani group. It remains to be seen whether they will be able to cope up with the expectation of maintaining the smooth operations of the airport functioning. This becomes more crucial especially knowing that they have no prior experience in airport operations and management sectors.