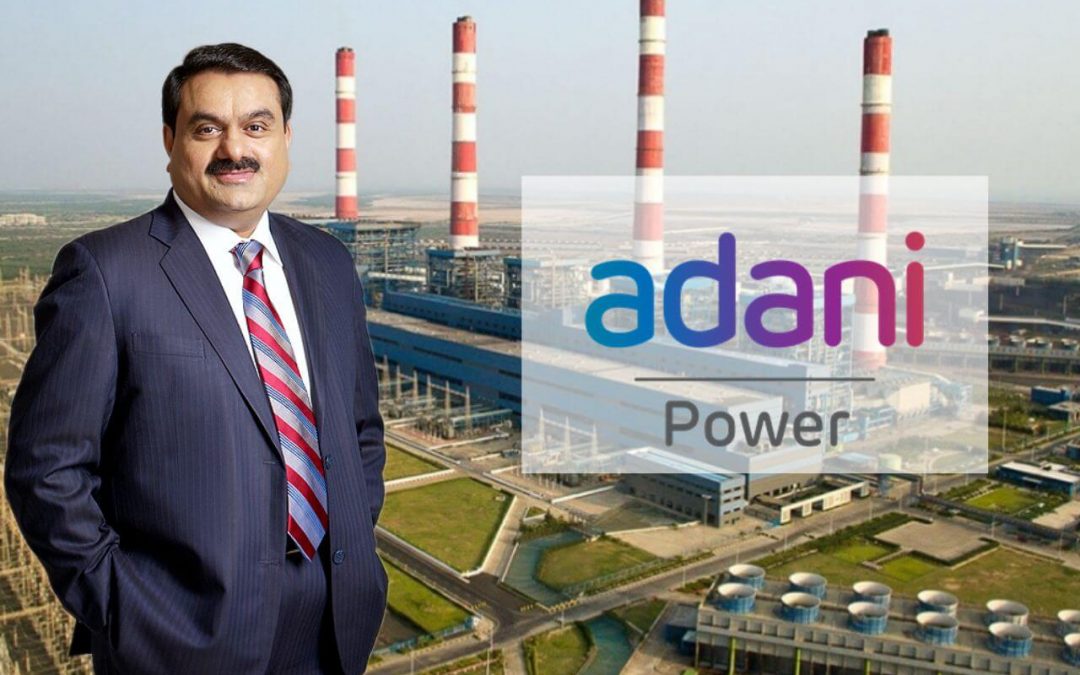 Fundamental Analysis Of Adani Power: Over the last two years, Adani Power has given eye-popping multi-bagger returns of 950%. The stock has increased sharply from Rs. 40 per share in August 2020 to Rs. 411 present day. Similarly, various other stocks of Adani Group have zoomed over the last 2-3 years making Gautam Adani the world’s fourth richest person.

In this article, we will cover Adani Power Fundamental Analysis and also we will take a quick look at the thermal power generation industry and the company’s history. After that, we shall go ahead to understand its business and fundamentals. Later, a section is devoted to a competitive advantage study and a conclusion summarizes the article at the end.

India is the third largest electricity producer in the world with an installed power generation capacity of over 3,99,496 MW. The nation’s capacity grew at a CAGR of 8.1% over the last decade. Out of the total production, coal-fired power plants accounted for 53% of the total energy produced. It was followed by the 27% share of renewable energy generation.

Despite such good energy production numbers, India’s per capita annual power consumption at 1,276 in FY21 remains even lower than that of other developing countries like South Africa and Brazil. This supports the argument that overall power demand in India is expected to grow at a strong pace.

This increase in demand will be brought by a variety of factors: rising living standards, higher electrical and electronic appliance penetration even across rural areas, more focus of the government on boosting the manufacturing sector’s contribution to GDP growth, construction of data centres and better irrigation through electric pump sets in the agricultural sector.

We have now covered the industry overview as part of Adani Power fundamental analysis. Let us move ahead to read about the company itself.

Adani Power Limited (APL) was set up as a power trading corporation back in 1996. Since then, it has grown organically and inorganically into India’s largest private thermal power producer. As the name suggests, it is a part of the Gautam Adani-led diversified Adani Group.

It set up its first power generation plant at Mundra, Gujarat in 2006. Fast forward to today, Adani Power has four coal plants in Gujarat, Maharashtra, Karnataka and Rajasthan with a power generation capacity of 13,610 MW.  In addition to this, it has a 40 MW solar power plant in Gujarat. It has 5 more upcoming power plants which are under construction as of now.

The power company has a history of following the best corporate sustainability practices. In 2019, it ranked 30th in ESG benchmarking by DJSI-S&P Global. Not only this, APL was the world’s first company to establish a coal-based Supercritical thermal power facility as a part of the Clean Development Mechanism (CDM) of the Kyoto protocol.

Let us now move ahead to look at the numbers side of Adani Power.

Adani Power is one of India’s best companies when it comes to revenue visibility. Out of its total production capacity, 78% is tied up securely via long-term power purchase agreements. Similarly, on the sourcing side, 73% of its domestic coal fuel requirements stand secured through fuel supply agreements.

Now, If we look at the last five years of revenue and net profit numbers, we can say that the revenues of APL have increased at a CAGR of 6.42% every year. However, the bottom line has been volatile with the company reporting losses from 2018 to 2022.

As for the heavy net profit of the year ending 2022, it included recognition of prior period revenue from operations of Rs. 2,970 crores and a prior period other income of Rs. 2,830 crores.

The table below shows revenue and net profit numbers for the previous five years.

The table below lists the debt-to-equity ratio profit margins of Adani Power for the last five years.

From the data above, we can conclude that Adani Power is highly leveraged. In addition to financial leverage, being in the power industry exposes it to operational leverage too. Thus, visibility of revenues and stable costs are very important for sustainable profit margins.

We can conclude that profit margins have been volatile for the last five years making it difficult to strongly offer a positive outlook.

However, recent earnings have helped the company to deleverage itself. This gives it an attractive proposition if it is able to report good profit figures in the coming quarters.

The points below highlight the competitive edge of Adani Power over the other power producers in India.

We have covered the company, its industry and numbers in detail so far as a study of Adani Power’s fundamental analysis. Let us take a quick look at its future plans.

As discussed earlier, APL has a present operational capacity of 13,650 MW. Furthermore, it has a 1,600 MW capacity under construction which will be used to supply power to Bangladesh.

In March 2022, APL proposed a merger of its six subsidiary companies into the parent company. The amalgamation will result in an improvement in ROE, better debt market access, and scale economies among other things.

Recently in August, the company decided to buy Chhattisgarh-based DB Power for Rs. 7,017 crores. DB Power owns and runs a 2×600 MW thermal power plant. This will give Adani Power an added capacity and access to long and medium-term power purchase agreements for 923.5 MW of DB Power.

The table below lists the key metrics of Adani Power.

We are at the end of our article on the Fundamental Analysis Of Adani Power.

Despite revenue visibility, the earnings of Adani Power stay volatile because of weak coal production and the rising cost of imported coal. Furthermore, even with long-term power purchase agreements in place, we can not blindly rule out the fact that debt is at alarming levels.

In the last year, Adani Power has given multi-bagger returns of 432% to its shareholders. Will it be able to sustain its rally? They say the time has all the answers in the market. Till then, keep saving and keep investing.