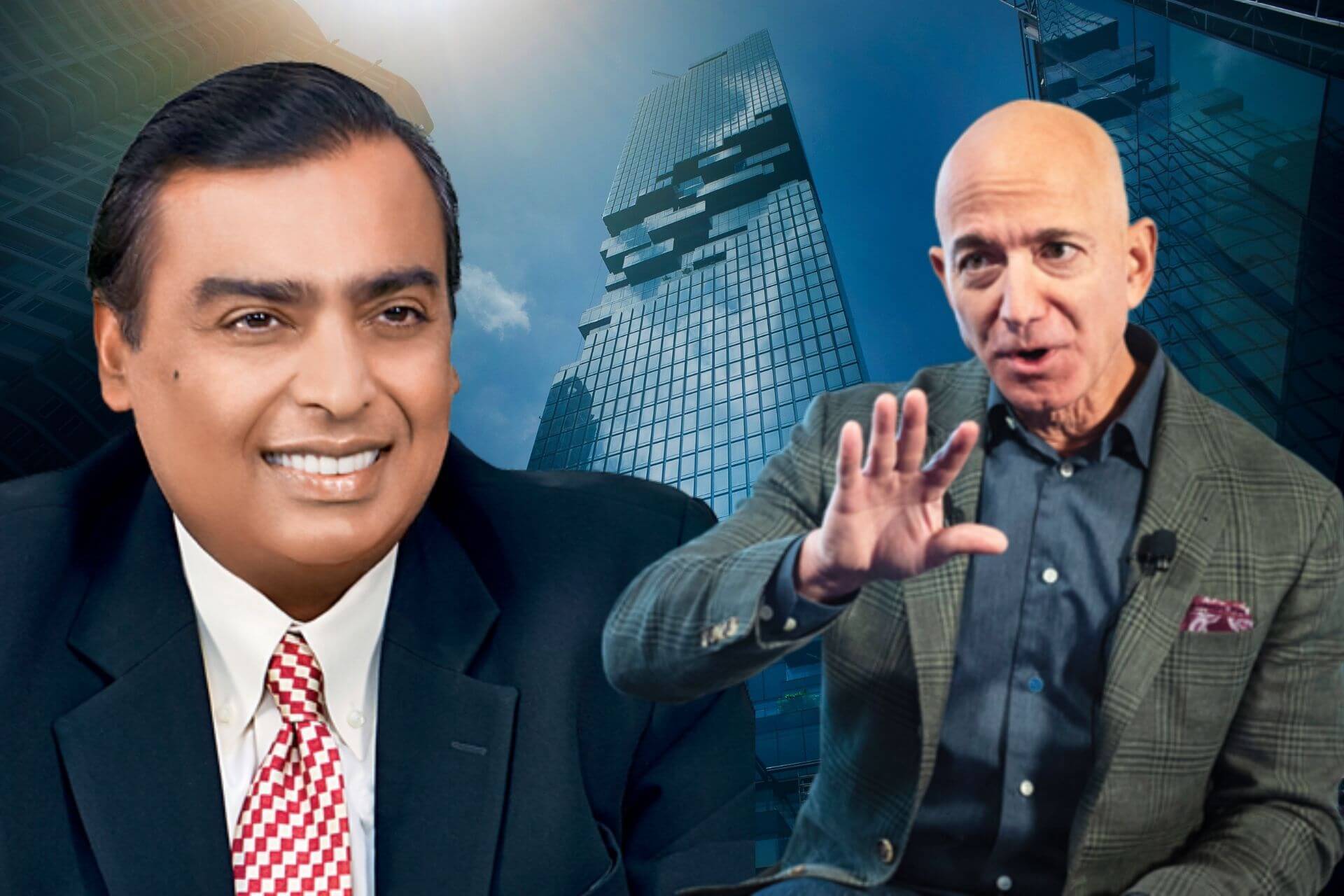 Amazon Vs Reliance – this current rivalry in the biggest talk of the market. The issue initially started when Amazon, headed by Jeff Bezos, objected to the Future Group retail deal with Reliance industries that is headed by Mukesh Ambani. And what makes this rivalry so popular? Here, the world’s richest person is fighting Asia’s richest person for the fast growing Indian retail and Ecommerce industry.

In today’s article of Market Forensics by Trade Brains, we’ll be discussing what exactly is the reason behind Amazon vs Reliance dispute. Let’s get started.

If you look from a bird-eye view, this war between Amazon Vs Reliance can be called the battle for supremacy. Two of the world’s richest are battling it out to have a bigger foot in the Indian e-commerce market.

The battle is to acquire a giant of the Indian e-commerce and retail market (“Future Retail” who owns popular brands like Bigbazaar, FBB, Hypercity, etc), which ironically has defaulted in paying interest to the Bondholders and is on the verge of Bankruptcy. But, any small footstep in the Indian e-commerce and retail market is worth fighting for seeing the future scope of this industry

Amazon Vs Reliance – What is the Fight?

As we mentioned above, the fight is over a $3.3 Bn (Rs. 25,300 crores) deal between Reliance Industries and Indian conglomerate Future Retail. If the deal goes as planned, it gives Reliance access to many popular grocery stores and retails outlets in India. And considering the target market which the Future group entails, both Reliance and Amazon want to have it in their kitty or at least prevent the other one from acquiring it.

The bone of contention in this matter is Future Retail Group that boasts of a cash cow like Big Bazaar, a popular hypermarket chain in India.

In August 2019, Amazon invested in Future Retail and bought a 4.8% stake in the Future group. But next, COVID-19 enters and we saw the biggest nationwide lockdown and many shops and businesses lost their business. Millions of jobs were lost and Future retail was hugely affected by that situation. It had a massive impact on their business and as per the July quarterly report submitted, they defaulted in big numbers on paying interest to Bondholders. The rating agency, Fitch downgraded their ratings and they have moved two notches to ‘C’ i.e. near default.

The Legal Dispute between Amazon Vs Reliance

The announcement of this takeover came as a surprise to many who were aware of the previous Amazon-Future retail deal and an interesting cluase attached with it. Amazon argued that the deal between them and Future retail included a non-compete clause. Ans that clause included a list of 30 companies with which Future Group or Future Retail could not do business. And Reliance Industries was a part of that list. To answer this takeover deal, Amazon replied by filing a complaint at Singapore International Arbitration Centre (SIAC).

One of the sources from the top Amazon management team voiced out the opinion by saying, “What is the point of the clause if you are just going to ignore it”.  The SIAC emergency ruling gave a small victory to Amazon when it temporarily halted the deal between Future Retail and Reliance Industries.

To counter this, the Future group made an argument by saying that, if the deal between them and Reliance does not go through, then could lead to unemployment of around 29,000 people. To this objection, the emergency arbitrator replied, “Economic hardship alone is not a legal ground of disregarding the legal obligations”.

Considering the existing size of Reliance Retail and Amazon, (Reliance operates at more than 11,000 stores in India and Amazon is the No.2 e-commerce player in India), this fight looks less for Future group Deal (1,500 stores) and more for establishing supremacy and maintaining high ground. As the final signoffs and complaints are still pending, only time will tell where this deal heads towards. Let’s simply hope but it doesn’t exaggerate the battle of ego between the two richest men in the world.