CDSL and NSDL – What are the Roles of Depositors? 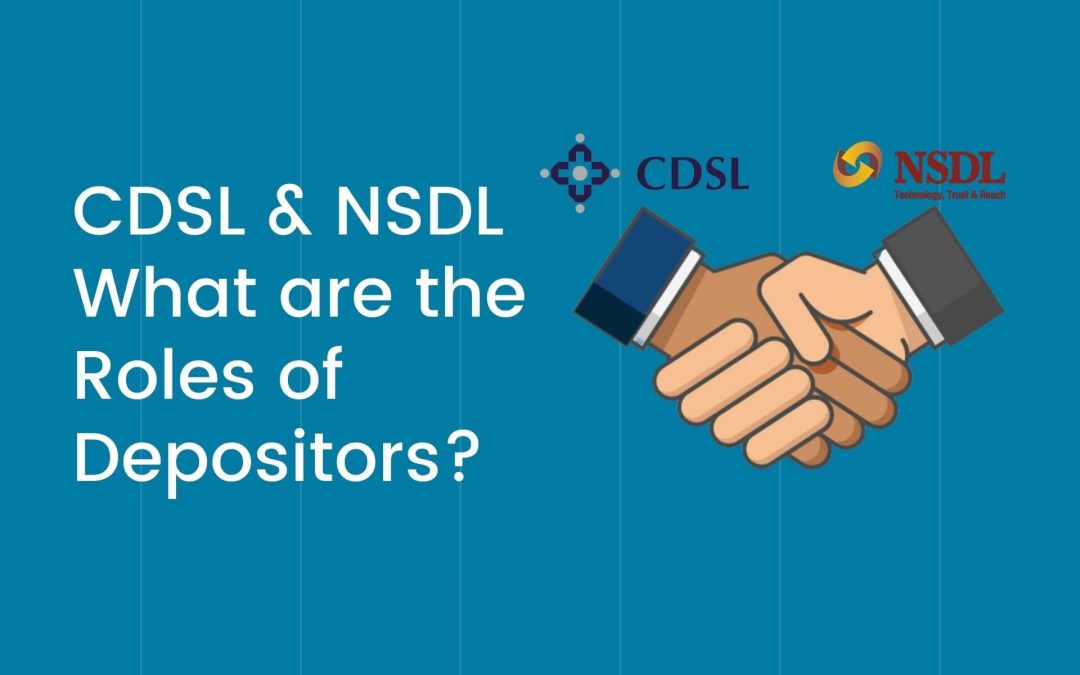 Understanding the Roles of Depositors – CDSL and NSDL in the equity market: As investors and traders, we are well versed with the term Demat (Dematerialization) account. This is because a Demat account is one of the most basic requirements in order to trade or invest in the stock market.

Today, we take a look at the organization behind these accounts in the Indian markets i.e. Indian depositories, the NSDL, and the CDSL. Through this article, we’ll discuss the various roles of depositors in the equity market and the services provided by CDSL and NSDL to Indian investors. Let’s get started.

What are CDSL and the NSDL? And why are they Important?

In order to understand what a depository does let us compare securities to cash. The depositories are to securities what banks are to cash. Just like a bank holds your cash and allows you to access it through an electronic form, the depository holds our shares, bonds, mutual funds, etc. for all shareholders in electronic form. These entities have played a pivotal role in the digitalization of the Indian Stock Markets.

Let us go back in time to the early ’90s a period when the stock markets still were heavily dependant on the physical transfer of shares. This was done through share certificates. Thanks to the move initiated by Stock Holding Corporation of India Limited(SHCIL) in 1992 when it paid the groundwork for the NSDL through a concept paper “National clearance and Depository System”.

The Government of India promulgated the Depositories Ordinance in September 1995, followed by the passing of The Depositories Act by the Parliament in August 1996.

The NSDL was soon established in 1996 followed by the CDSL in 1999. These two act as depositories to the two exchanges in the country; the NSDL to the NSE and the CDSL to the BSE. The Demat accounts mentioned earlier are actually just a front for the CDSL and NSDL holding your shares.

The transfer from a physical to digital format saw numerous benefits like:

The depository system effectively ensured a smooth transition to an electronic one.

Can you Choose your Depository?

An investor does not have the option to select a depository. The depository is selected by the depository participant. A Depository Participant is a financial institution, broker, bank, etc that the shareholder may be in touch with, and respectively can create a Demat account through them.

For an investor or trader to choose a depository of his liking there has to be some difference between the two depositories. Apart from the exchanges, the number of depository participants and years formed there are no striking differences between the two. The services provided, their functioning and their strategy remain the same.

What are the Roles of Depositors? Services by CDSL and NSDL!

Here are a few of the top roles and the services provided by NSDL and CDSL for Indian equity investors:

The Depositories also provide shareholder details to companies at the time of dividend payouts. The companies use this information to pay dividends to shareholder accounts.

The efficient functioning of an economy is highly dependant on its financial system. In this article, we discussed the key roles of depositors i.e. CDSL and NSDL in the equity market.

The CDSL and NSDL have been pivotal in not only ensuring facilitating the system but also enhancing its productivity post digitalization. It is also important to note that ever since their existence there have never been any major glitches, a testament to the efficient transformation from physical to electronic format.