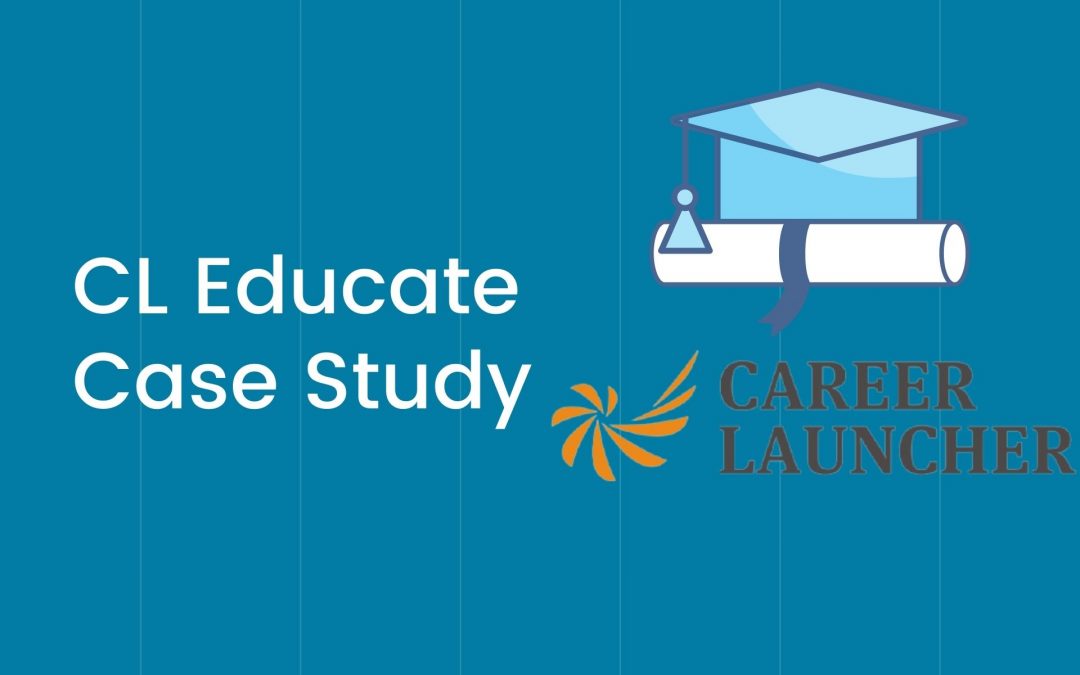 CL Educate Case Study 2021: An Industry that has caught a lot of attention in the recent past has been the Indian education space. The prime focus of parents in every child’s life is to ensure that they receive the best education possible. But despite this, it is only recently that the sector has caught widespread interest from an investor perspective thanks to the internet boom.

We regularly see edutech companies making headlines for acquisitions and being valued at mind-boggling valuation. Today we take a look at another such company in the education space, CL Educate. In CL Educate case study 2021, we attempt to understand the working of the company and its business. Keep Reading to Find out!

If we take a look back to our student years we definitely would have come across the Career Launcher or other brands under this company as we prepared for competitive exams. The company behind this, CL Educate Limited was founded in 1995.

Over the years the company has come a long way and today focuses on various segments of education across multiple age groups. What sets them apart is that the team is led by highly qualified professionals that include IIT and IIM alumni giving them an edge in various aspects.

CL Educate has 4 verticals under its umbrella, namely –

They assist students in competitive exams across streams like MBA, Law, Banking, Staff Selection Commission. Career Launcher also caters to international competitive exams like GRE and GMAT. Apart from this under the same brand, they also provide tuition for grade VIII-XII, Courses for Engineering, Medical, Civil Services, CFA, Data science among various others.

The Enterprise business or Kestone is a B2B business that delivers marketing services to corporates. While part of the business involves physical events, Kestone has also built a strong suite of digital services. It launched a Virtual Event Platform (VEP) in Jun’20, which has been hailed as among the Top 10 in the World by a leading industry magazine.

The VEP employs Artificial Intelligence (AI) driven advanced analytics to deliver 25 plus predictive analytics reports. Kestone is beginning to build a presence in the US and a few other countries using this Virtual Platform.

CL Educate has developed a widespread presence across India over the years. As of September 2021, the company had 173 test-prep centres spread across 100 cities in India. The company’s growth, however, was not only limited to India. The company also extended its footprint globally by opening and operating its test prep centres in the UAE.

The company has plans to raise funds up to $10 million over the next 6 months in its Kestone business. This will be used to fund to boost Kestone’s digital business growth plans.

The company’s market cap currently stands at Rs 290 crores, with its shares trading at around Rs. 103. But if we take a closer look at this super small-cap company we can see several factors that stand out.

The company has reduced its debt to the lowest levels since 2012, a positive sign. Its debt-equity ratio has been on the decline for the last 5 years moving from 0.29 to 0.17.

Another point to note about CL Educate’s financials is that it that the cash and cash equivalents exceed gross debt; in other words, the company has net cash on its books. As of 30-Sep-21, net cash (total cash minus total debt) was Rs 34 crore.

If we take a look at their latest quarterly results of Sep’ 2021, revenue was up 17% on a YoY basis. In addition to this, the company is getting its operating margins back on track is a big plus for its upcoming quarters. The consolidated operating margin was 13.6% for Q2 FY22, the highest ever since the listing of CL Educate in 2017.

However, if we take a broader look the company’s return on capital employed (ROCE) and return on equity (ROE) has decreased over the years due to a fall in sales and profit margins. The net profit margin has been on a continuous decline for the last 5 years with 2019 being the only exception.

The NPM has fallen from 7.84% in 2016 to -17.08% in 2020. The profit in the last two years was depressed due to non-cash write-offs. The underlying business profitability has been robust even in FY20 and FY21. In fact, net cash increased during FY21. The shares, however, are currently trading around Rs. 100 which is closer to its book value.

A quick look at the strengths, weaknesses, opportunities and threats will help us further better understand and analyse the future prospects of the company.

Strength – The company’s brand is its biggest strength. The fact that the company is listed further adds to its image.

Weakness – Its biggest weakness lies in the sector that it operates in. The company’s basic business can easily be replicated. In a country like India if an individual takes a walk there is a bright possibility that every 2 minutes he will walk across a tuition centre. School teachers, housewives, other institutes, retirees all resort to teaching as it is the easiest to set up as there are very low barriers to entry.

Opportunities – The huge youth population of the country presents the company with its biggest opportunity.  According to data as of 2018, youth under the age of 25 constituted 46.9% of the country’s population.

In addition to this, the recent changes in China with the government forcing Edtech firms to operate in a non-profit model could have a silver lining for companies like CL Educate in India. This has resulted in big players drawing out their investments and redirecting them to countries like India.

Threats – The company’s biggest threat lies among the big players in the country. India currently has many unicorns coming up of which 5 are in the education space in the last 2-3 years.  Another threat remains in the bargaining power of the customers due to a large number of competitors and low switching costs.

As we have already taken a look, the education space offers huge opportunities for companies like CL Educate that aim to capitalise on it. In addition to the huge population, the increased digitisation is further expected to boost the reach of the edtech space.

According to the case study on Edtech by GOI, the number of Internet users in India is expected to increase to 974 million by 2025, and the edtech sector will be a major contributor to this growth. This, however, will depend on the adaptability to CL Educate to capitalise on the digital space considering the competition that currently exists.

That’s all for this post, let us know what you think about CL Educate Case Study 2021 and the Edtech industry in the comments below. Happy Investing!