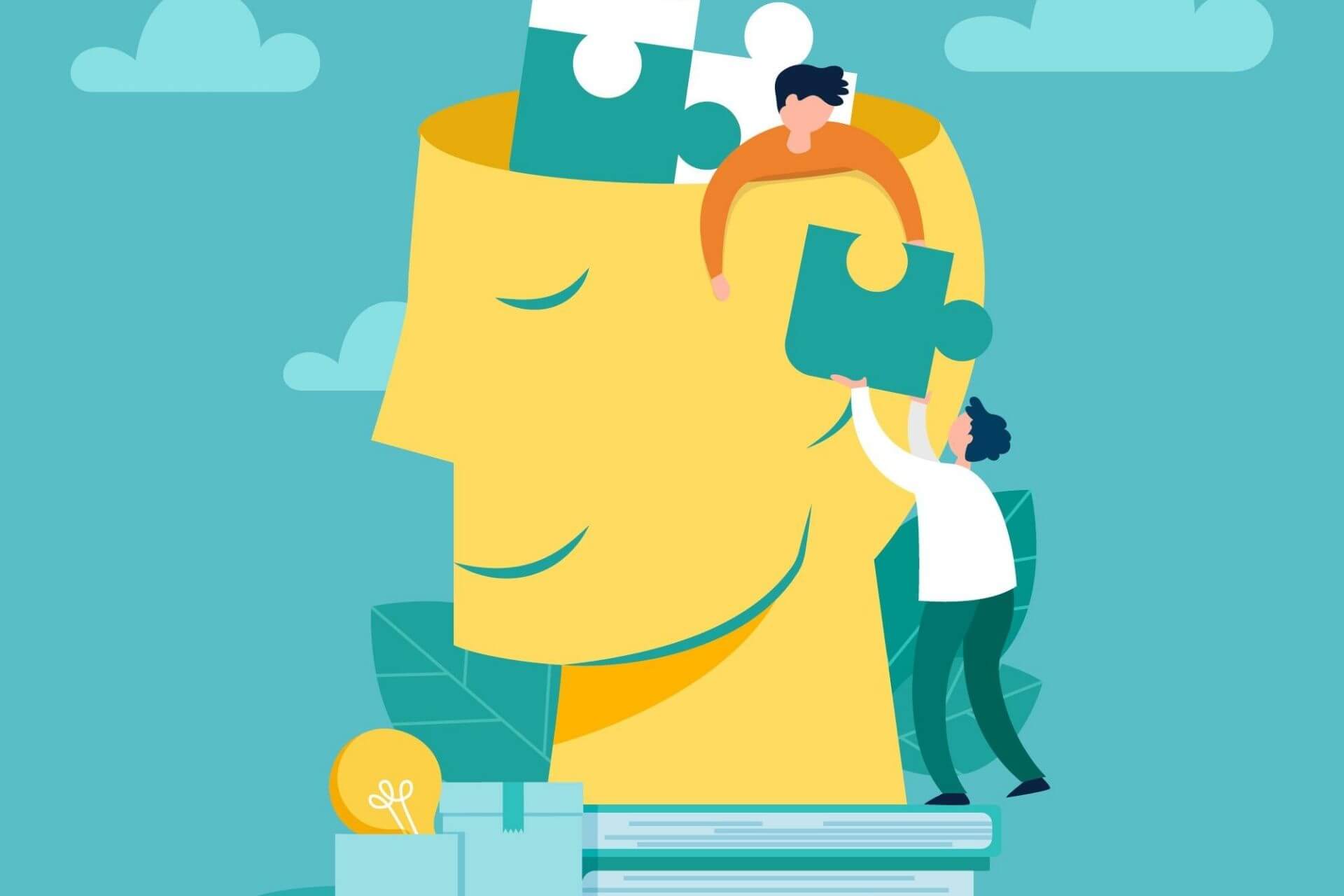 Understanding Cognitive vs Emotional Biases: Every day of our lives is filled with decisions we take, some may be important and some are effortless as a result of habit. Unfortunately, these decisions are influenced by the observations we make, the experiences we’ve had, how we’ve been conditioned to reach, etc.

Even when we are grocery shopping we favor some products over the others simply because we like the celebrity that advertised them. Investors suffer from these biases too. His may not come as a surprise as investors often experience a roller coaster of emotions while investing or trading.

Today we take a look at common investment biases that exist. Here, we’ll be covering Cognitive vs Emotional Biases while investing. We do this with the aim of studying what leads to wrong decisions as this would assist us in avoiding huge future losses.

The economic and financial theory is based on the assumption that individuals will act rationally and consider all available information in their decision-making process, and that markets are efficient. But this is rarely the case. Studies have shown that 80% of individual investors and 30% of institutional investors are not always logical. 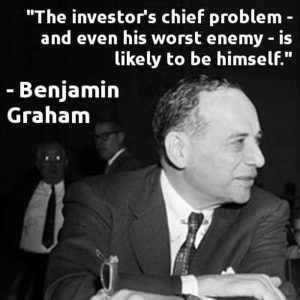 What is Cognitive Bias?

Cognitive biases are generally related to the way a person is wired to think. These biases are said to arise from statistical, information procession, or memory errors that cause the decision to deviate from a rational decision. Because of this, they are also easy to correct with better information, education, and advice.

Take for example security of a hotel hosting a celebrity event allows a Lamborghini in, based on the assumption that one of the celebs has a Lamborghini. This is a flawed approach as this may not necessarily be true.

Here are a few common types of cognitive biases in behavioral finance while investing:

Say for eg. after some research you arrived at the conclusion that Reliance is good for investment. In order to support this, you only look for confirmation from studies, research in order to support your argument without even considering any opposing argument. Your decisions are now blurred due to confirmation bias. The easiest way to counter this would be to consciously gather the information that is contrary to your opinion.

Humans make an effort to ensure that everything makes sense to them. This often leads them to look for patterns in areas where they are nonexistent. Nobel Laureate Daniel Kahneman is one of his studies asked his participants “Which of the following sequences is more likely to occur when a coin is tossed – HHHTTT or HTHTTH?”. The majority of the people answered that the second sequence is more likely to occur. This was flawed even with people already knowing that in such a situation a coin toss held a 50-50 chance.

This happens in investing as well, people tend to invest in funds simply because they have performed well for the last 5 years. Investors may perceive this as a trend that may carry into the future as well. If a study is done statistically it may make sense but past events don’t connect to future events. If the market has been rising for the last 1 month continuously it is not necessary that it will fall tomorrow. Shorting the market only based on this information is flawed.

People are more comfortable when things remain the same and are generally averse to changes. In investing this may be seen as investing only in industries that you seem to understand. Although a deeper understanding is necessary in investing it becomes a hindrance when people do not further their appetite to educate themselves further. This would limit their profit potential only to certain opportunities.

This occurs when investors give more weight to bad news over good news. When corona broke out in the country in Feb-March the markets began their bearish trends. After a few months, however, the markets resumed with bullish trends. Many investors missed this rally due to negative news. This bias can diminish the possibility of rewards.

A person who possesses this bias believes that his cognitive abilities and skills in the investment field are better than that of others. They also may not necessarily be in investing as a whole. A person working in the steel industry may believe that he has a better ability to trade in steel companies because he is from the same background. These investors overestimate their ability and the control they have over the markets. They also reduce the time required to assess risks.

When investors are overconfident in markets it generally leads to excessive trading. This leads to bubbles in financial markets. Securities here are bought at high prices and later sold at low prices. These traders/ investors underperform in the markets as they overlook various factors that affect their performance.

One of the greatest investors in the world, Warren Buffet attributes much of his success to resisting the bandwagon effect. Here investors feel better when they invest along with the crowd, this also adds to their confirmation bias. 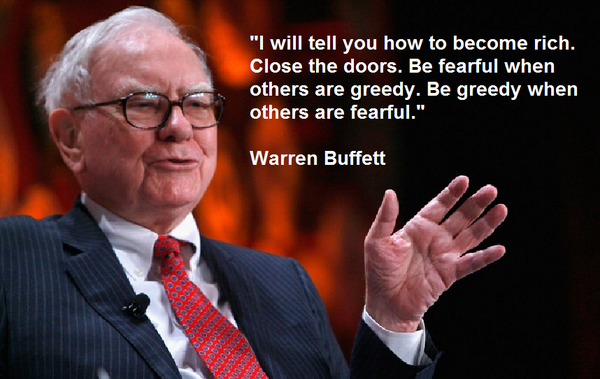 What are the Emotional Biases?

Emotional biases stem from feelings, perceptions, beliefs about elements. Unfortunately mixing emotions and investing often leads to bad decisions. Here basically the investor’s brain is distracted due to his emotions. These biases are generally tougher to fix in comparison to cognitive biases.

Here are a few common types of emotional biases in behavioral finance while investing:

One of our aims in investing is to avoid losses. But this has become such a big part of our nature that we try to avoid losses even when we know that by doing so we are causing more harm. This was highlighted in the disposition effect. This term was coined by economists Hersh Shefrin and Meir Statman. The disposition effect is the tendency of investors to sell winning positions and hold onto losing positions.

Take for example your portfolio includes security that has recently started making losses and is soon to hit rock bottom. But you are still holding it hoping it makes a rebound. Investors here are soo averse to losses they cannot sell a security to avoid further losses. The rational thing to do here would be to sell the security and redirect the investment into quality stocks.

When investors attribute the success of outcomes to their own actions and bad outcomes to external factors they are said to possess self-attribution bias. When their investments increase in value the investors claim that it is self-attributed ignoring other factors that may have been in play. But when the stocks decrease in value it is due to external factors.

Investors who possess this bias assume that the asset they own is more valuable than what they do not own. This may lead him to hold onto securities even when there are brighter opportunities elsewhere.

Today, we covered the difference between Cognitive vs Emotional Biases and how they affect your investment decisions.  Every investor is likely to portray some bias or at times both cognitive and emotional. Being humans there is no way that these biases will be eliminated. But understanding that they exist and that we possess them is the first step in countering them.  We can then include rules in our strategies that counter these biases.

One rule could be to sell a security if it makes a 15% loss irrespective of any argument. Following this threshold of 15% would require overriding our emotions. Successful investors however have realized the importance of keeping their biases in check. Happy Investing!