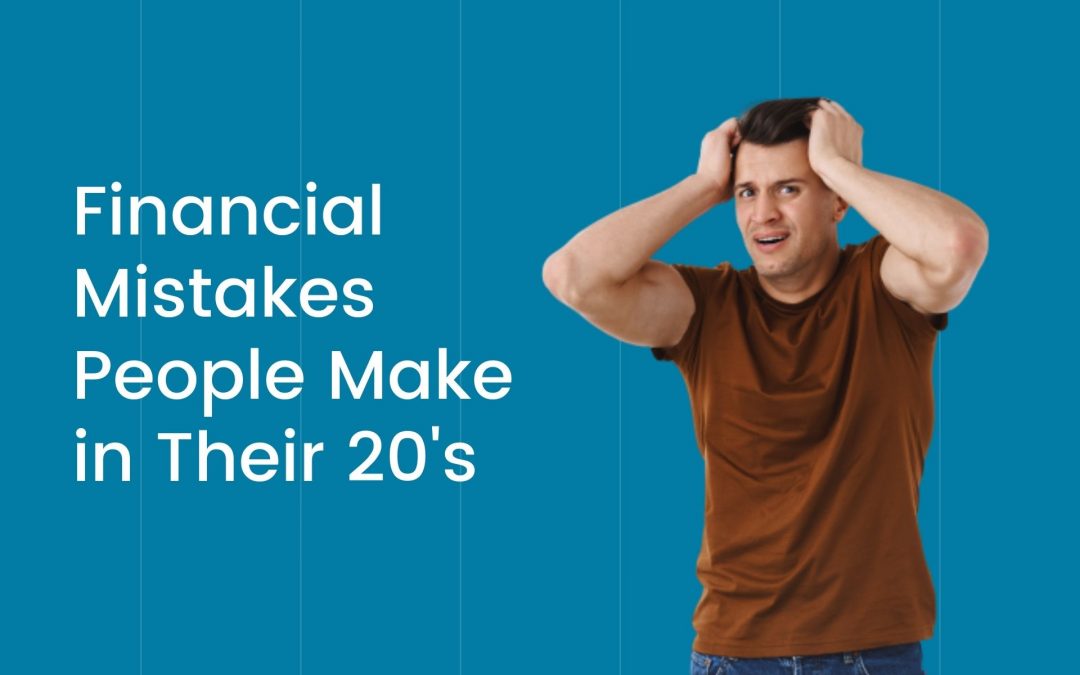 6 Surprisingly Common Financial Mistakes People Make in Their 20’s: It is often said that the mistakes you make in your early days come back revolving around you in the future. We all have been a spectator of how lifestyle standards have been raised to a whole another level.

Statistics say that we tend to indulge in reckless shopping mostly in our 20’s. Keeping up with the standards of style quotient might be one of the reasons for adults to not pay attention to their savings. It is a matter of time when you get to realize how roughly life can strike you with its lows.

We don’t mean to scare you in the first place but in this article, we have managed to gather some of the most common financial mistakes that people do in their 20’s that can end up making them financially vulnerable in the near future. You can pay attention to them to know money mistakes to avoid in your 20’s. So, let’s get started.

1. Pursuing a degree you don’t want to on a student loan

You have to admit that in your teen years, you find it very hard to decide what you want to pursue and make your career in. In countries like India, we get influenced by the aspirations of our parents and society that eventually end up getting us admitted to colleges for a degree that doesn’t even ring a bell to us. Most people choose to pay their college fees through loans that they have to repay at a considerable interest rate which can be really burdensome sometimes.

Accept it or not, it is just one day party in which you blow your entire life savings just by being fascinated by that glittery and sugar-coated wedding idea and plan. This is one of the major money mistakes to avoid in your 20’s. The wedding industry is one of the biggest industries in the country with an annual turnover of billions. Now, you need to understand that there are other important things in your life which you can spend wisely on. Have a good wedding but don’t put your entire financial savings at stake.

3. Not being in a habit to save

Trust us; it is very easy to save a part of your income. With this habit, you would be able to make your future much better. Spending your entire income on things and services could ensure you a luxurious lifestyle for now but at the same time, it is also putting you in a risky position in the future.

Life is really unpredictable and uncertain and you never know what you are going to need in the future. Moreover, if you will look for a switch of job in the future, you will definitely need some cash in hand to keep your stomach full for a couple of days until you get a hold of your new job.

4. Not keeping an emergency fund

Most people choose to spend their money on shares and the stock market without even knowing a bit about it. Instead, you should maintain and put enough money in your emergency fund that will back you up in the odd times that might act as a hurdle in your life in the future.

You must put enough money in the fund for medical expenses and at least 6 months of unemployment. There are various ways and schemes provided by different insurance companies to ensure such funds for you. Sadly, most people in their 20’s fail to keep an emergency fund for themselves.

5. Not saving for your retirement

The age group of the 20’s is also known as the carefree zone. As the name suggests, most people are unaware and seem careless about their retirement plans. Of course, they must find the time of their retirement far enough to be out of scope but it is actually not. The 20’s is the correct time to start your retirement fund.

You must make sure to put a little every month in the retirement that would yield an amount adequate enough to feed you and fulfill your needs after your retirement. Another money mistakes to avoid in your 20’s is not paying attention to your retirement fund.

Getting your hands on a credit card is very easy these days. Seems like teenagers in their 20’s cannot keep their hands off these credit cards! With amazing schemes, cash backs and numerous deals going on every day at various places make you spend a fortune through these easy cards.

Now, you must remember that the money has to be paid by you only at the end. Most people get caught in their debt of credit cards bill and keep on paying for months and years to completely get rid of those debts. That is why one should remember to spend wisely in their 20’s.

I hope this post on “6 Surprisingly Common Financial Mistakes People Make in Their 20’s” helps the newbies in their early 20’s to avoid these common mistakes.

Further, do comment below if you had made any big financial mistake in your 20’s.