[Update] COVID-19 Vaccine: When can we expect it to be ready? 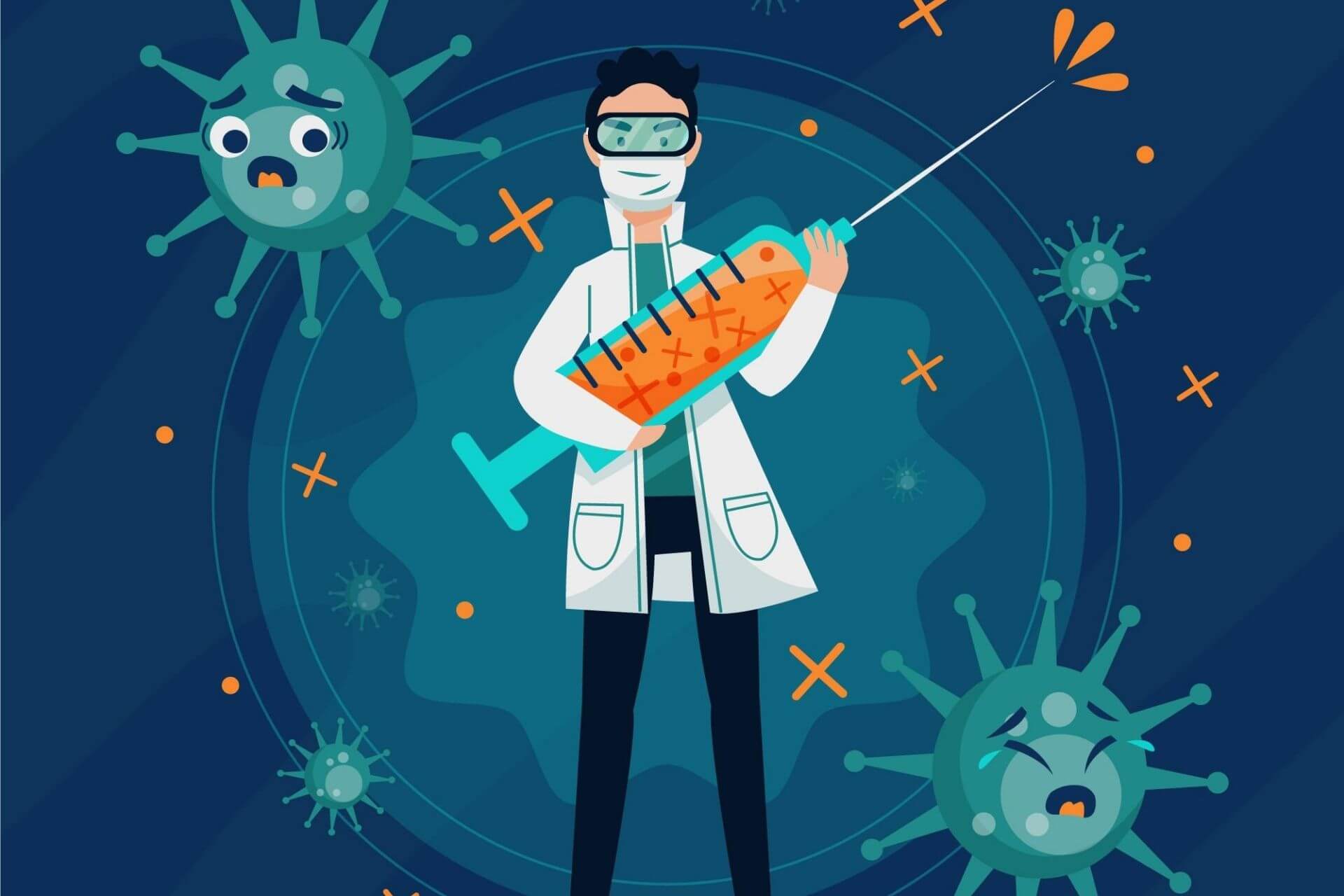 A study on When will COVID-19 Vaccine be made available? Enabling us to get on with our lives:

The same question has been lurking in all our minds, “When will the pandemic end?”. The virus has contracted to over 17 million people, leading to the death of 656,000+ people and has affected all of us.

The cry for this ‘Pandemic of Fear’ to end is also mainly due to the mental desperation arrived at after being cooped up in our houses all day. Never has the world had to shut down at such a massive scale. This has baffled not only us but also scientists with every modern development trying to catch up. 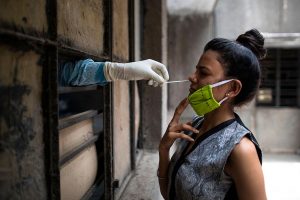 Experts have never seen a virus with such varied symptoms where few are ill with minor symptoms. Some with enough to be in bed for a few weeks while others need to get hospitalized with intensive care requiring ventilators to breathe at times even leading to death. After noticing these symptoms Dr. Fauci (Director of the National Institute of Allergy and Infectious Diseases) went ahead and termed the virus as the Perfect Storm.

In a desperate attempt to buy time countries all around the world resorted to closing down the economy. But soon were forced to open up after noticing the social but mainly economic damages. Studies from Oxford University predicted that the virus may just simply disappear by itself. The government soon realized that the only thing much worse off than the lockdown was sitting in hopes that it would simply disappear.

This would raise the problem of the virus spreading wildly and killing many more before a level of immunity is achieved by the population. This has led to the government desperately looking for a way out. Today we take a closer look at the different options that have been considered and how the most viable exit strategy is being played out in India.

Different Routes Out for COVID-19 Pandemic

Experts have identified three ways out of this mess. They are:

Here 60% of the population gets affected by the virus in order to recover and develop immunity so that the virus can no longer cause an outbreak.

3. Permanently change our behavior/society to adapt to functioning in the midst of COVID-19

Every route shown above helps in reducing the transmission of the virus. But when we focus on what can be controlled a behavioral change has already been initiated and vaccines are already in development and are being viewed as the most optimal solution to the pandemic. The question that comes with developing a vaccine is ‘By When?’.

Vaccines were first discovered in 1796 in order to put a stop to Smallpox. Vaccines use weaker strains of weaker viruses to fight off a virus. In the case of Smallpox, it was observed that those affected by Cowpox would remain immune to Smallpox, and hence safer variants were used as vaccines to prevent Smallpox.

In the case of COVID-19 (Sars-cov-2) too, weaker strains of the virus itself are being tested in order to find out if people vaccinated with a weakened form of the virus can provide enough immunity to protect people from COVID-19. At the moment there are over 150 countries are engaged in COVID-19 vaccine global access facility.

The procedure that goes into testing a vaccine 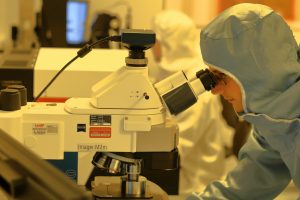 The testing process is divided into the following phases:

Phase 2: In the second stage, hundreds of healthy volunteers get tested for immunogenic and adverse effects. Here, the failure rate is about 69 percent. Phase one and Phase 2 put together are to take a minimum of 5 months.

Phase 3: the scientists continue to monitor toxicity, immunogenicity, and severe adverse events (SAEs) on a much larger scale, and here in all probability, the failure rate is 42 percent and the phase generally takes 6 months. 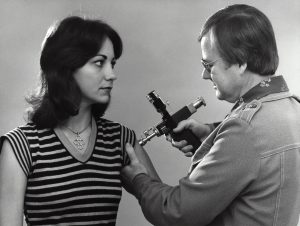 It is hard to predict the time the current vaccine may take. If we observe vaccines that were created historically, the total time taken varied depending on the virus and technology available at disposal. Chickenpox vaccine took 28 years and the Rotavirus vaccine that led to millions of deaths in Africa and Asia( particularly in India) took over 15 years for development. Hence pinning all our hopes on a vaccine may not be the best idea after all!

Although there have been significant technological advancement and the fact that many countries around the world are in a race to develop a vaccine may just speed up the process. A WHO official stated that after taking into account the speedy development on a global front a vaccine ready for public deployment may take 4-5 years. This puts the estimated date for the vaccine to be rolled out for the public by 2025.

Where is India with regard to COVID-19 Vaccine?

Even though there are multiple countries around the world developing vaccines India caught everyone’s attention when a letter from Director General of the Indian Council of Medical Research(ICMR) Dr. Balram Bhargava got leaked which suggested that the first vaccines be rolled out by August 15. This received significant flak from around the world for its rushed timeline. The letter said “It is envisaged to launch the vaccine for public health use latest by 15th August 2020 after completion of all clinical trials. BBIL is working expeditiously to meet the target, the however final outcome will depend on the cooperation of all clinical trial sites involved in this project.”

The vaccine in question is called Covaxin that has been developed by Hyderabad-based, Bharat Biotech India Ltd(BBIL). Covaxin has received approvals from the Drug Controller General of India for Phase 1 and Phase 2 trials.

A scientist familiar with India COVID-19 development strategy said that despite the vaccine having potential it was “overly optimistic” to expect it this soon. This, however, was one of the most subtle comments made against the deadline. Other scientists brought attention to the absurdity of making vaccines available this soon.

Anant Bhan, an independent ethics and policy researcher and past president of the International Association of Bioethics argued that such a rushed timeline carries potential risks and provides inadequate attention to required safety procedures. The only thing worse than dealing with coronavirus would be releasing a rushed vaccine.  T. Sundararaman( Global coordinator of the People’s Health Movement) said that such actions only lower the credibility of Indian Science. After all who would want another episode similar to that of Patanjali releasing a vaccine. 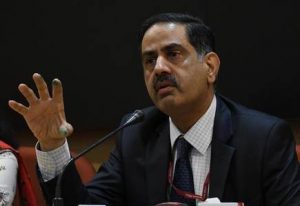 In a statement on Saturday, ICMR said Bhargava’s letter was “meant to cut unnecessary red tape, without bypassing any necessary process, and speed up recruitment of participants.”

Unfortunately, communities like Anti Vaxxers already exist where parents refuse to vaccinate children over the fear of side effects. Such rushed trails only push more people towards such causes. Here they would prefer to live with precautions rather due to fear of taking botched up vaccines.

Critics have already linked the political connections even in the manufacture of the vaccine. The date set as the deadline i.e. 15 August also coincides with India’s Independence Day. Although a sense of patriarchal pride would flow through every Indian if such a feat would have been possible to achieve. The criticisms, however, arise as August 15 is also the day PM Narendra Modi traditionally delivers a speech on Red Fort touting his governments’ achievements and major achievements.

“You want to make sure that, in your desire to get back to normal, that we don’t leapfrog over some of the benchmarks we need to reach in order to get to the next stage.” Dr. Anthony Fauci.

How will COVID-19 Vaccine be made available to all?

If and when the vaccine gets delivered it has already been made clear by PM Modi that the first recipients would be those working in Healthcare to protect us.

It is logical that those next in line would be those most vulnerable. These include the elderly, women dealing with pregnancies, and infants then followed by others. Bharat Biotech, however, has said that if their Covax vaccine is approved it will be made available at Rs. 1000.

But let us take the case of vaccines developed for other viruses like HIV. This may help us better understand why multiple countries and organizations are racing to create a vaccine apart from the obvious ‘ Save the World’. Along with credits for the creation, the owner of the vaccine receives Global Intellectual Property rights. The patent rights are granted for up to 20 years. During this period the owner has a monopoly over the product and can set the price they feel fit. This, unfortunately, has been used to limit access to such essential goods.

The HIV virus affected over 40 million people around the world with South Africa being one of the worst affected. In order to combat this South Africa started to manufacture low-cost generic antiretroviral medicines to treat HIV. One would expect such a thing to be allowed on Humanitarian grounds but if we have learned anything fro the Martin Shkreli case, such a thing doesn’t happen.

40 US pharmaceutical firms with the South African government that started in February 1998 to prevent the country from manufacturing low-cost generic antiretroviral medicines used to treat HIV. Such information just makes us hope that the first to manufacture the vaccine is simply a country or organization that believes in making the vaccine affordable if not free and accessible to all. 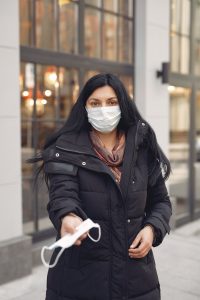 “ An ounce of COVID-19 prevention is worth a pound of COVID-19 cure. And with no vaccine available today, prevention is the best way to protect a community from COVID-19.” – Dr. Ali S. Khan (Author of The Next Pandemic and from the team that identified and stopped infectious diseases – monkeypox, Ebola, and, yes, SARS – before they become pandemics.)

Although a lot of companies, non-profit organization and government are working to make COVID-19 Vaccine available as soon as possible, however, there is still a long way to go for all.