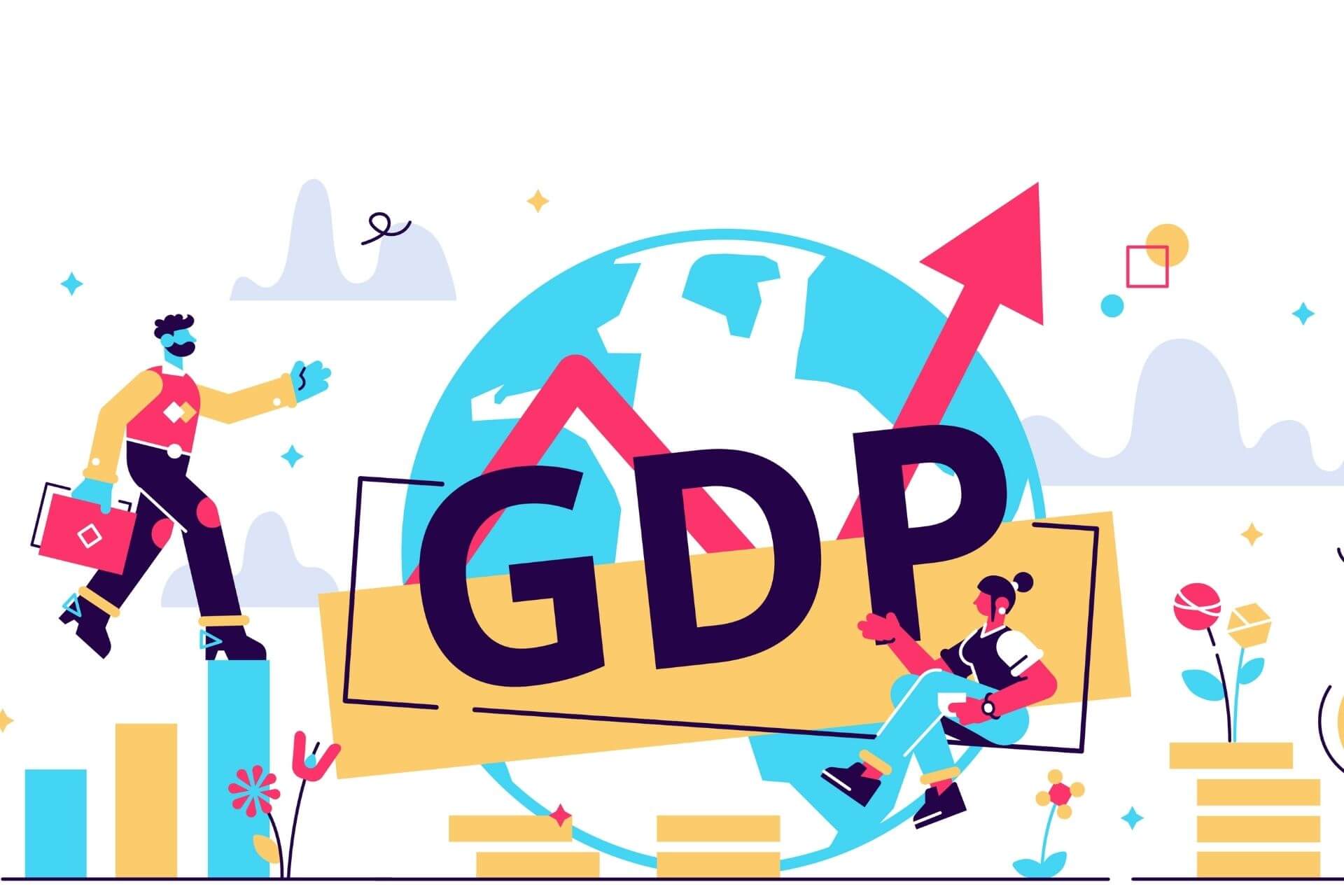 Understanding What are Economic Indicators – Leading, lagging, & coincident: The health of the economy impacts all businesses in it. It is extremely important for investors to keep track of the current state and anticipate future changes in the economy in order to make informed investment decisions.

Economic indicators are classified as leading, lagging or coincident depending on whether the indicated change in economic activity will happen in the future, has already happened or is currently underway. In this article, we describe some of the most important indicators used by investors in Indian financial markets.

These indicators are difficult to estimate and may be misleading at times by producing false signals, so they must be used cautiously. Some popular leading indicators are –

Bank credit refers to the lending of funds by scheduled commercial banks (SCB) to various sectors in the economy. Non-food credit forms a bulk of the total credit and comprises loan given to different sectors (Industry, Agriculture and services) along with personal loans to individuals.

The Reserve Bank of India (RBI) collects data on bank credit on a monthly basis from major commercial banks which together accounts for almost 95% of the total non-food credit. High growth in bank credit indicates that banks are lending more and corporates are confident to borrow and expand as well as high consumer sentiment.

A high credit growth translates into higher economic growth, but if the bank credit growth is consistently low or negative, it could signal an impending economic slowdown.

Capacity utilization is an indicator of slack in the manufacturing sector provides insights into the state of the business cycle. In other words, it tells us as to what extent the production capacity in the economy is idle or used. It is measured as a proportion of the actual output produced to that of potential output which can be produced with the installed capacity.

Rising levels of capacity utilization indicate that production facilities are being used and increased output contributes positively to economic growth, whereas if the utilization levels are declining, it signals deceleration in the economy.

The RBI collects data on capacity utilization in the manufacturing sector through the OBICUS survey and releases it on a quarterly basis.

Durable goods are those goods that have a longer life, and high economic value. They represent a significant portion of the total retail consumption expenditure. Some examples of durable goods are furniture, jewellery, automobiles etc.

The demand for these goods is an indicator of the overall strength of demand in the economy. Slow growth or fall in consumption expenditure of durables signals a slowdown in the economy and weakness in aggregate demand. The most tracked consumer durables are two-wheeler and car sales. Tractor sales are considered an indicator of rural demand.

Low confidence would suggest that consumers prefer to save and spend less, indicating a fall in consumption expenditure. Similarly, business confidence measures the optimism of businesses regarding economic strength.

Lagging indicators signal a change in the economy, usually after the change has taken place. They are not very useful in predicting future outcomes but are used as signals for conforming to the ongoing scenario.

Sometimes, an unexpected value of a lagging indicator may cause investors to change their outlook and prices respond accordingly.

The most popular measure for the size of the economy is the Gross Domestic Product (GDP).It is the total value of all goods and services produced within a country in a particular time period. The growth rate of GDP indicates the health of the economy.

The GDP data for India is calculated quarterly and is released by the Central Statistics Office. High growth in GDP indicates growth in income and strong aggregate demand, and corporates are likely to perform better in such an environment.

Since the GDP is released only quarterly, it only acts as a reinforcement signal to the current scenario; stock prices adjust much quickly to economic changes even before the GDP numbers are announced. 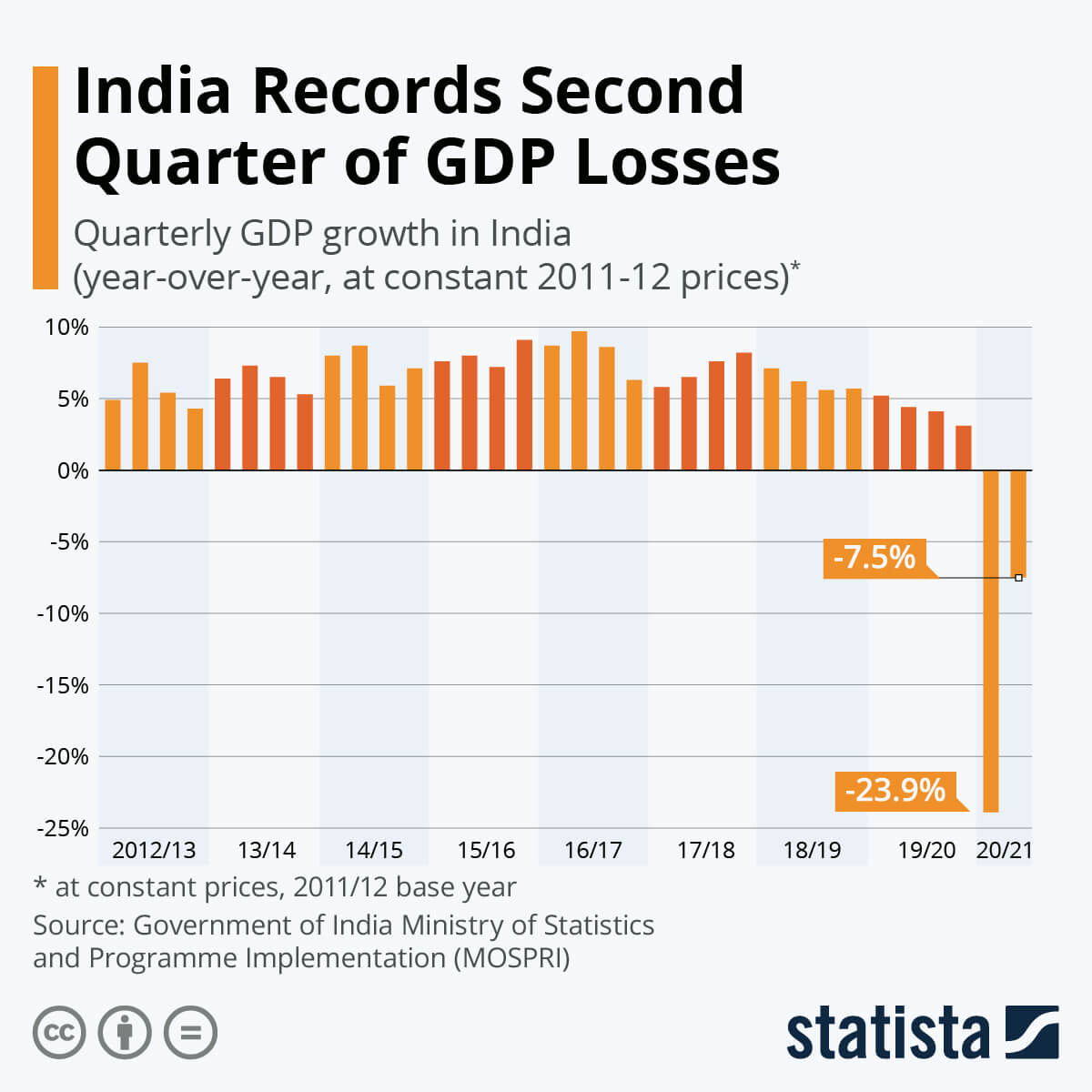 Another measure of economic performance is the Unemployment rate, which is measures the number of people unemployed as a percentage of the total labour force. Higher unemployment indicates a poor state of the economy – companies less willing to hire, reduced aggregate demand and further layoffs. It has been observed that the unemployment rate is negatively correlated to the prices in the stock market.

In India, the Centre for Monitoring Indian Economy (CMIE), releases monthly estimates for the unemployment rate. The unemployment data is reported with some time lag, and a high number may be a result of an already going economic slump. In India, stock prices do not react much to unemployment indicators as a lot of information is already factored in.

Also called the Net exports, Balance of trade refers to the difference between a country’s total value of exports and imports. It tells us whether the country is in a trade surplus (higher exports) or trade deficit (higher imports).

A surplus is generally desirable as it indicates more money flowing into the country. If the surplus is due to high exports, it signals a strong demand for the country’s exports from other countries. A high trade deficit is a negative indicator of economic growth, and markets react negatively.

A country with a high trade deficit is exporting less and importing more, money flows outside the country, leading to a significant increase in debt. A high deficit also causes a fall in the value of the domestic currency.

Sometimes, too high a trade surplus can also be a cause of worry. If the trade surplus is resultant of weak imports, it may signal weak domestic demand. The data on exports and imports is released monthly by the Ministry of Commerce, Government of India.

Industrial/manufacturing activity is sensitive and quickly adjusts to the current economic scenario. Increased industrial production indicates that there is a strong demand for goods, and since the industrial sector is closely linked to other sectors of the economy, higher industrial activity correlates positively with growth in other sectors.

An index that tracks the growth in manufacturing activity in the economy is theIndex of Industrial Production (IIP). The IIP is calculated monthly and released by the Central Statistics Office. Low or negative growth in the IIP is bad for corporate sales and profits; thus, stock prices fall in reaction to it.

Similarly, lower interest rates mean that the economy is weak, and the central bank reduces its repo rate in order to spur aggregate demand. There are many short term interest rates that are determined by the market forces in the money market. The policy rate of the RBI is decided on a bi-monthly basis.

This is a measure of the change in prices of goods and services over a period of time. A little positive inflation signifies strong demand that promotes economic growth, whereas very low or negative inflation is a signal of weak demand and usually coincides with low growth in the economy.

In developing countries like India, high inflation can be a cause of worry as it reduces the real disposable income of consumers and businesses may face a reduction in their profit margins due to an increase in the cost of inputs. Various indices are used to measure inflation. An index tracks the changes in the prices of a basket of goods and services.

The Consumer Price Index (CPI) is the primary index that measures retail prices of goods and services like food, transportation etc. Another index is the Wholesale Price Index (WPI), which measures the prices at a wholesale level. The data for both – CPI and WPI is released by The Central Statistics Office.

The economic conditions are an important factor that influences prices in the stock market. To understand the economy’s current and future prospects, investors use many economic indicators when making investing decisions.