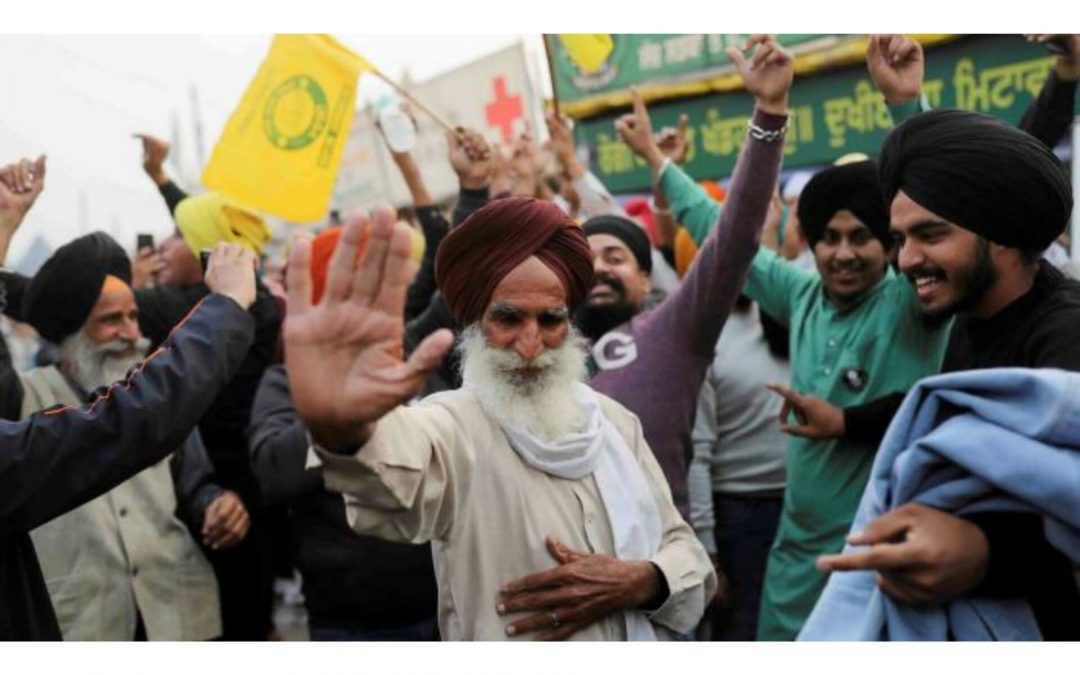 The Union Cabinet on Wednesday approved a bill to repeal the three controversial farm laws, which triggered protests at Delhi borders by thousands of farmers, according to official sources.

In a televised address on the occasion Gurpurab on November 19, PM Modi announced the withdrawal of the three farm laws saying the government could not convince protesting farmers of the benefits of these reforms. He had also urged them to end the protest and return home.

One of the three laws to be repealed are Farmer’s Produce Trade and Commerce (Promotion and Facilitation) Act provides for setting up a mechanism allowing the farmers to sell their farm produce outside the Agriculture Produce Market Committees (APMCs). Any license-holder trader can buy the produce from the farmers at mutually agreed prices. This trade of farm produces will be free of mandi tax imposed by the state governments.

The Farmers (Empowerment and Protection) Agreement of Price Assurance and Farm Services Act allows farmers to do contract farming and market their produces freely.

These laws, passed in September last year, had triggered widespread protests by thousands of farmers mainly from Punjab, Haryana and western Uttar Pradesh at Delhi borders that started in the far-end of November 2020 and is still continuing.

The Farm Laws Repeal Bill, 2021 has been approved days after Prime Minister Narendra Modi’s announcement to repeal the three central farm laws. The new bill will now be introduced in the Lok Sabha for passage in the upcoming Winter session of Parliament beginning November 29.

Meanwhile, the Samyukta Kisan Morcha (SKM) which is a joint body of farmer unions leading the current protests, on Sunday wrote to the Prime Minister urging him to immediately resume talks on the farmers’ six demands including a legal guarantee to the procurement of crops at minimum support price (MSP).

The repeal of these three legislations has been one of the key demands of around 40 farmer unions protesting against these reforms for nearly a year now.

The other demands were sacking and arrest of Union Minister of State for Home Ajay Mishra in connection with the Lakhimpur Kheri incident, withdrawal of cases against farmers and building of a memorial for those who lost their lives during the agitation.

They also sought removal of penal provisions on farmers in the “Commission for Air Quality Management in the National Capital Region and Adjoining Areas Act 2021” and withdrawal of the draft “Electricity Amendments Bill, 2020/2021” proposed by the government.

The Samyukta Kisan Morcha had said it would continue its planned protests, including the march to Parliament on November 29, to observe one year of anti-farm law protests.