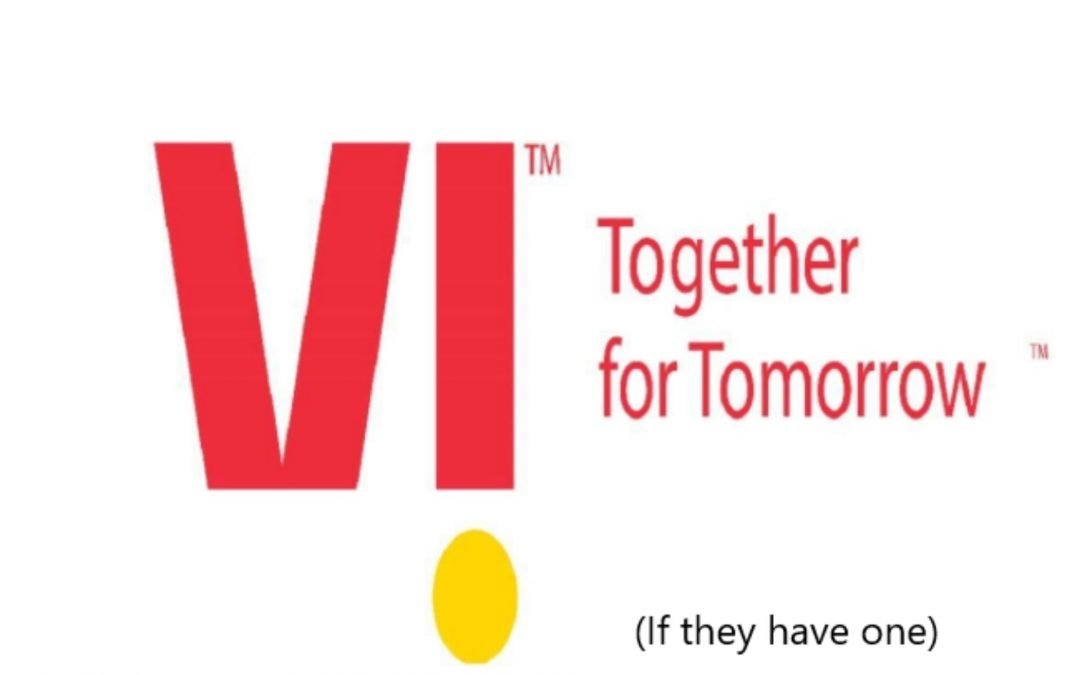 It is very unlikely that a cell phone user in India is aware of the issues in the telecom sector and why the number of service providers is going down with each passing year. But they will sure remember the short and not-so-cute Pug, the Zoo-Zoo advertisements that would be more entertaining than the cricket matches during which it used to flash on TV screens. Yes, we are talking about the third-largest telecom service provider in India, Vodafone Idea.

The Matter At Hand

The merged entity of British telecom major Vodafone and subsidiary of Aditya Birla Group, Idea Cellular – Vodafone Idea(VI) – owes the govt a whopping Rs.58000 crore as Adjusted Gross Revenue (AGR) dues and an overall 1.58 lakh crore. As lengthy as the figure is, so is the matter.

The Dept of Telecommunication(DoT) says that AGR includes all revenues (prior discounts) from both telecom and non-telecom services provided by these service providers, the companies argue that AGR should only comprise the revenue from core telecom services. All that the companies have got after fighting the matter in the Telecom Disputes Settlement and Appellate Tribunal (TDSAT) is an extension for the payment of the dues – the dues are to be paid over ten years.

The telecom sector was liberalized under the National Telecom Policy, 1994 after which licenses were issued to companies in return for a fixed license fee. To provide relief from the steep fixed license fee, the government in 1999 gave an option to the licensees to migrate to the revenue sharing fee model. Under this regime, the mobile telephone operators were required to share a percentage of their AGR with the government as annual license fee (LF) and spectrum usage charges (SUC).

License agreements between the Department of Telecommunications (DoT) and the telecom companies define the gross revenues of the latter.

Failing to keep up with meeting targeted operational revenues when Reliance Jio burst onto the scene with their aggressive pricing, which took away a good chunk of subscribers and market share,  leading to a tariff war never seen before in the sector’s history. VIL had to slash its prices too to remain relevant and for survival. This hit their already battered operational revenues badly.

As a result, the merged company has managed to stay afloat in the cut-throat competitive market with a good number of subscribers, which is diminishing. The company has not posted profits since its merger in 2018.

If the third-largest telecom company decides to not continue to operate, the impact will be across its workforce, customers, lenders, and to a great extent, the government.

In the near term, however, VIL’s bankruptcy could trigger a big crisis for the government and the lenders, who are already trying to find ways to deal with NPAs.

Bankruptcy – The Only Way Ahead?

In addition to the AGR dues, Vodafone Idea also has bank debts and unpaid spectrum fees. Making matters worse, it has not been able to raise any capital after getting approval from its board last year to raise Rs 25,000 crore. This indicates the uncertainty the sector poses to investors concerning the clarity on the AGR issue.

The ABG chairman expressed his willingness to hand over his Group’s stake in the company to any entity- public sector/government /domestic financial entity or any other that the government may consider worthy of keeping the company as a going concern. This option has been ruled out by the govt as well.

Plans of introducing 5G in India are being made and recently, trials were held across a couple of cities in Maharashtra and Gujarat. In June, the company announced its plans to collaborate with Cisco to improve its existing 4G network and 5G use cases for offering a better quality experience for its customers in the coming months.

The telco said that it would work with Cisco to design and build a cost-efficient network architecture to drive greater speed to market as it taps opportunities in 4G, 5G, Cloud, and Internet of Things(IoT).

Even though the company has been facing gloomy days since Jio entered the market, the current Managing Director (MD) of the company, Ravinder Takkar, remains optimistic and has said that the company has plans to raise further funds and also that of expansion, which seems nearly unrealistic and baffling, given the current situation and the apex court’s decision to not consider the company’s plea for a reassessment in the AGR dues for potential errors in calculation.