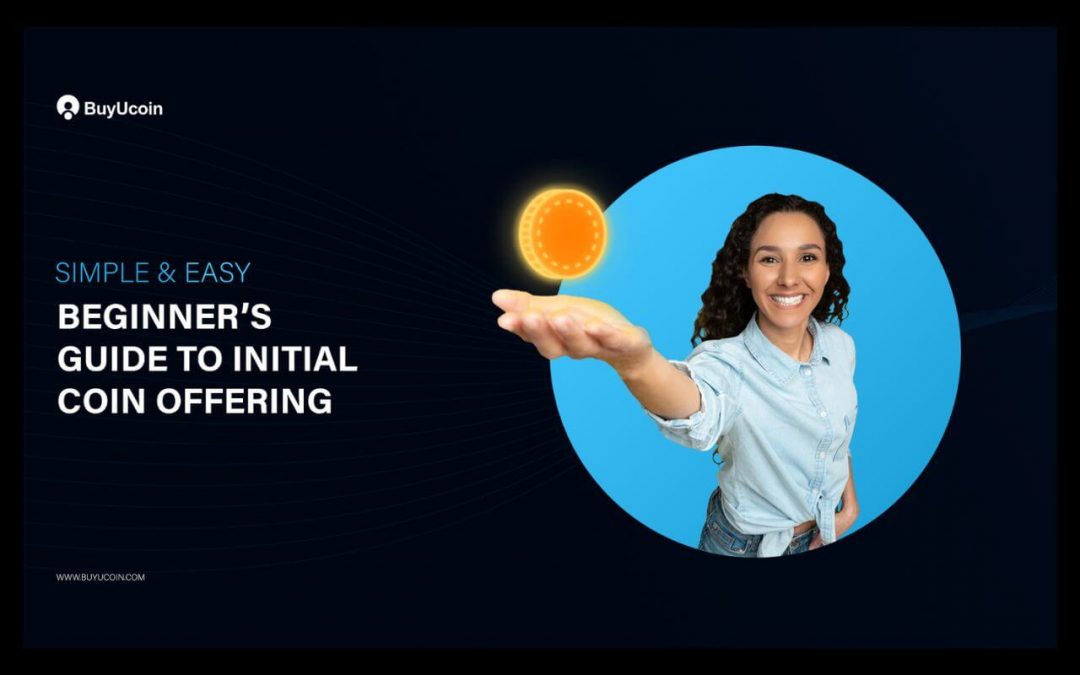 Cryptocurrencies and initial coin offers (ICOs) are two examples of how digital assets are growing in popularity. These quickly growing marketplaces attract investors, with billions of dollars spent in ICO financing sources and over a thousand unique cryptocurrencies now accessible.

Most regular investors struggle to grasp these complex investment products and assess the risk levels connected with them. This article will look at initial coin offerings (ICOs).

What is an Initial Coin Offering (ICO)?

Initial Coin Offerings (ICOs) is a new type of fundraising pushed by entrepreneurs whose company endeavours are based on the blockchain.

So far, over 1,700 cryptocurrencies have been released; however, not all of them have been successful or had a substantial impact.

At various stages of the ICO, known as pre-sale and sale, you can acquire tokens directly on the company’s internet platform. The number of tokens acquired can be traded or leveraged to get products and services in the future.

Initial coin offers (ICOs) are a subset of the cryptocurrency industry. Startups and existing businesses are turning to unorthodox funding sources in place of traditional channels such as banks or venture capitalists. They may offer their firm’s internal worth by selling “tokens” or units of the selected cryptocurrency in the same way that a traditional corporation would do with an IPO.

Of course, investors anticipate a short-term increase in the token’s value provided the ICO issuers have a strong and feasible business strategy, which is frequently expressed in a policy statement.

Nonetheless, greedy participants regularly engage in deceptive practices. As a result, it is vital to spot obvious signs of illegal money-raising in advance.

There are two basic types of Initial Coin Offerings in the cryptocurrency market that are mentioned below:

Only a restricted number of investors are permitted to participate in private initial coin offerings. In essence, qualified investors — financial institutions and high-net-worth people – are the only ones who may engage in private ICOs. A company might choose to set a minimum initial investment.

Crowdsourcing manifests itself in the form of initial coin offerings (ICOs) aimed at the general public. A public offering is a type of investing that has been democratised since it allows virtually anybody to invest. Due to regulatory issues, private ICOs are becoming a more realistic alternative than public ones.

The rise of cryptocurrencies and blockchain technology is boosting the popularity of ICOs. Over $7 billion was raised through initial coin offerings in 2017. (ICOs). The figure almost doubled in 2018.

An initial coin offering (ICO) is a technical operation that necessitates a profound grasp of technology, money, and legislation.

The core idea behind ICOs is to employ the decentralised networks of blockchain technology in capital-raising activities to align the interests of numerous stakeholders. The steps involved in an ICO are as follows:

Every initial coin offering (ICO) begins with a company’s desire to raise funds. The company sets the crowdfunding campaign’s target audience and creates materials for potential investors to learn more about the company or project.

The next phase in the initial coin offering is the creation of tokens. Tokens are also blockchain representations of an asset or utility. The tokens are tradeable and exchangeable.

Tokens, unlike stocks, seldom give an equity part in a company. Instead, the majority of the tokens provide their holders with a stake in a company-created product or service.

In order to attract potential investors, a brand would often launch a promotion campaign at the same time. It’s worth mentioning that most campaigns are conducted online to reach as many investors as possible.

ICO advertising is currently restricted on several major platforms, including Facebook and Google.

After the tokens are created, they are distributed to investors. The offering will most likely be divided into multiple sections.

The firm can then use the ICO funds to develop a new product or service. Concurrently, investors could utilise the tokens they purchased to benefit from this product/service, or they could wait for the tokens’ value to grow.

Early investors in a project are often urged to buy crypto coins assuming that the plan will work after it is implemented, resulting in a higher cryptocoin value than what they bought before the project began.

The Ethereum smart contracts network, which employs Ethers as its currency tokens, is an example of a successful ICO project that paid off for early investors.

The Ethereum project was launched in 2014, with an initial coin offering (ICO) raising $18 million in Bitcoins. That works out to $0.40 per Ether. In 2016, the project became live, with an ether value of up to $14 and a market capitalisation of moreover $1 billion.

EOS raised $4.2 billion in its year-long ICO, which was more than the aggregate total of the three largest venture capital rounds of 2018 — Epic Games, Uber, and e-cigarette manufacturer Juul.

Difference Between ICO and STO

Understanding the distinction between ICOs and STOs will allow you to better comprehend both offers, including their benefits and hazards, as well as which form provides more chances for investors and enterprises.

ICOs are a brand-new technique to gather funds, and everyone is attempting to figure out how to use them without becoming enraged. If you believe you can profit from a prospective new ICO, do your homework first. ICOs, like cryptocurrencies, are all about taking a high risk in order to reap a large return.

For additional information, please schedule a consultation with BuyUcoin by clicking here.