How to learn faster- The Feynman Technique! 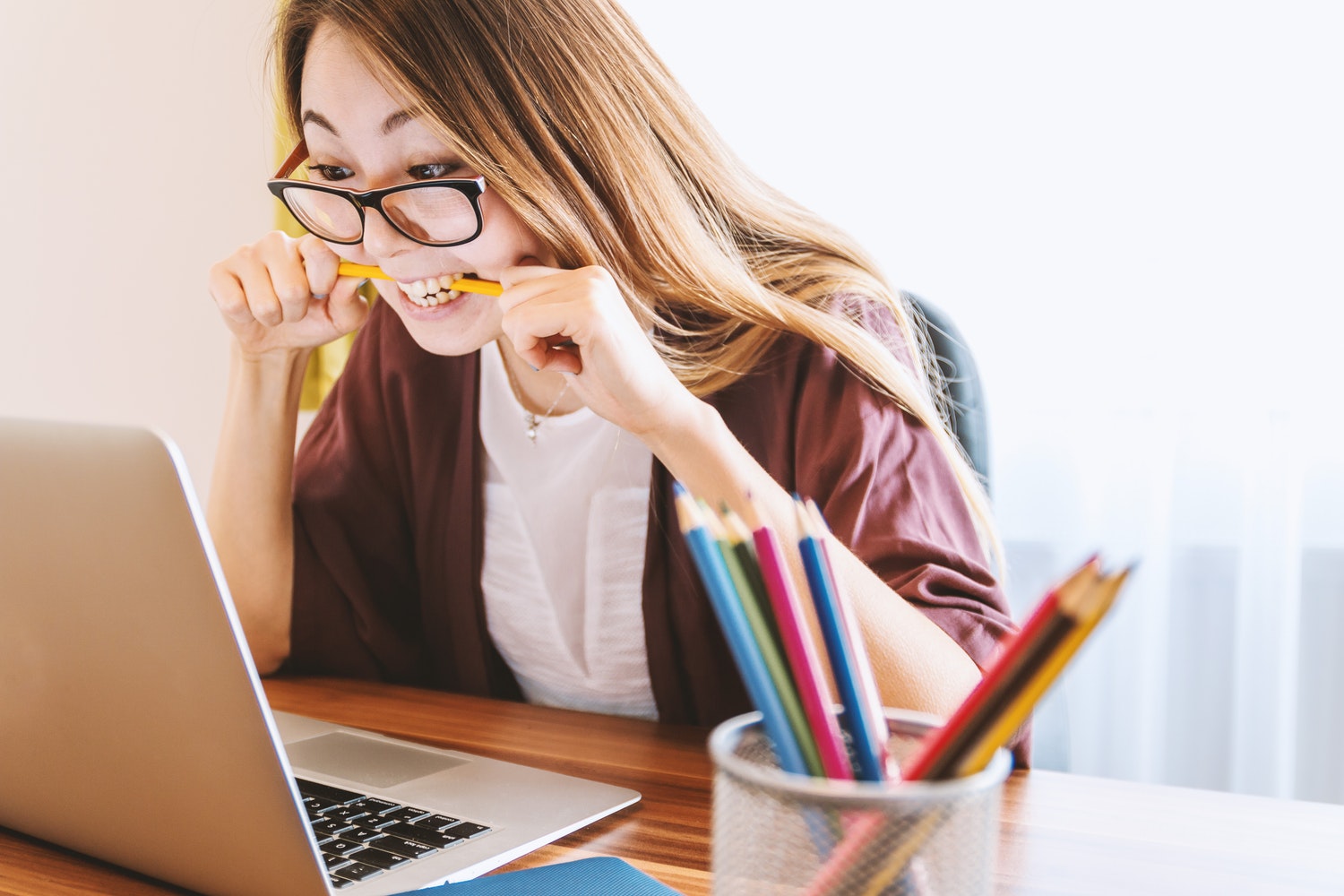 As the world around us evolves, we seek to constantly learn and absorb new information every day. Learning new skills and concepts is exciting and can expand your views on the world as you know it, making you a better student and human being. As Benjamin Franklin said ‘An investment in knowledge pays the best interest’.

But there is no denying that learning all this new information can sometimes get tedious and monotonous, there’s only so much knowledge that your mind can take in at any given time. However, thanks to scientific research, there is a method you can use to make the process of studying easier and efficient while increasing your ability to learn- the Feynman Technique. But before we discuss this technique, let me first introduce Richard Feynman to you.

Who was Richard Feynman? 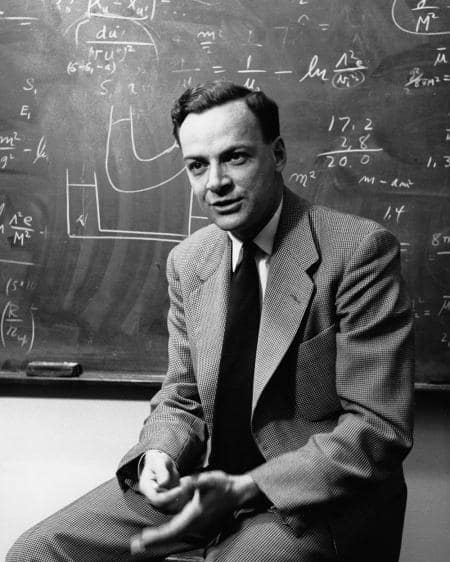 Theoretical physicist and Noble laureate Richard Feynman was born in 1918 in Queens, New York. From a very young age, Feynman quickly took to science and engineering and had a laboratory in his parent’s home where he built various electronic devices.

By a young age, he was self-taught in various subjects such as algebra, trigonometry, and integrals. Eventually, Feynman went on to study at MIT and later Princeton for his Ph.d, where he made numerous contributions in the field of Physics. Some of his accomplishments include:

In addition to the major contributions to Physics, Feynman had the ability to apply his learnings to other fields such as mathematics and biology. He has the ability to comprehend and explain information on a variety of subjects that earned him the title ‘The Great Explainer.’ His vast knowledge led him to give numerous guest lectures at universities such as Cal Tech and UCLA. Many people, including Bill Gates, enjoyed his lectures due to his ability to break down and simplify complex scientific principles.

Say you want to have a good understanding of a really hard concept in a discipline of your choice. There’s a chance that you may find the theory hard to comprehend as the crux of the matter is lost in translation aka with all the business jargon. The ability to understand and communicate these complex ideas in a simple way is what the Feynman technique addresses.

This method was developed by Richard Feynman when he was a student at Princeton. He kept a notebook of concepts and theories that he did not understand and spent time breaking down each process and understanding its parts individually, while looking for contradictory details in the theory. The technique essentially comprises of four parts as follows:

1. Pick the concept or theory you wish to learn

The first step in the Feynman technique is to identify what concept or theory you want to learn and list out everything that you know about the topic in a notebook. This could be any concept, under any discipline.

2. Teach or explain the concept in your own words to someone else

As you approach the second step in the Feynman technique, you would have gathered plenty of information on the subject (in this case game theory). Read through the information you have written down and try to understand the concept as best you can because this step involves teaching it to someone else.

3. Identify any areas in your explanation that you can improve on

Now that you’ve explained the concept to someone else, it is likely that you will find a few areas in the theory that you can learn and improve on. So it’s back to the books to do additional research on certain concepts and breaking the data down further until you understand them completely. The goal is to make the information as simple as possible because that’s what the Feynman technique is all about.

4. Restructure the information and use examples as needed

The information you collected from various sources in the first step of the Feynman technique is essentially a puzzle that you need to solve.

Once you have identified the gaps in your information in step 3, your next move is to fill in these gaps to complete the puzzle. Think of your concept as a story and pretend that you are narrating it to a friend or co-worker.

When you say the information out loud, it can help identify the missing pieces and form new thought processes. Alternatively, you can use examples to simplify your learnings and add an element of creativity. 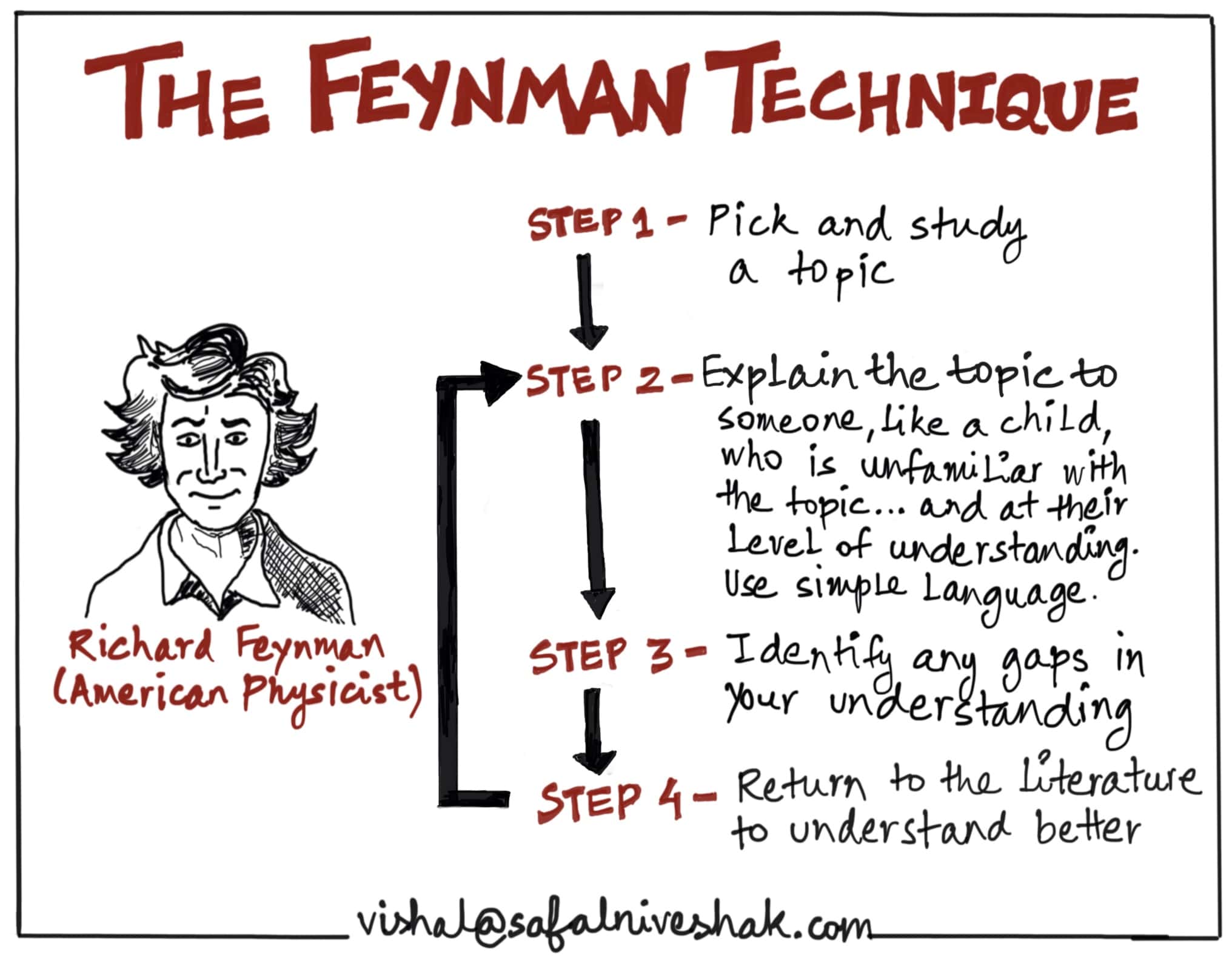 The Feynman technique aims to simplify complex learnings by breaking them down into smaller parts.

The technique can help you understand pretty much any concept or theory known to man and it helped Feynman amass large amounts of knowledge at a very young age. The trick is to break down any concept into a form so simple, that even a child would be able to comprehend the information. Albert Einstein famously said ‘if you can’t explain it simply, you don’t understand it well enough.’