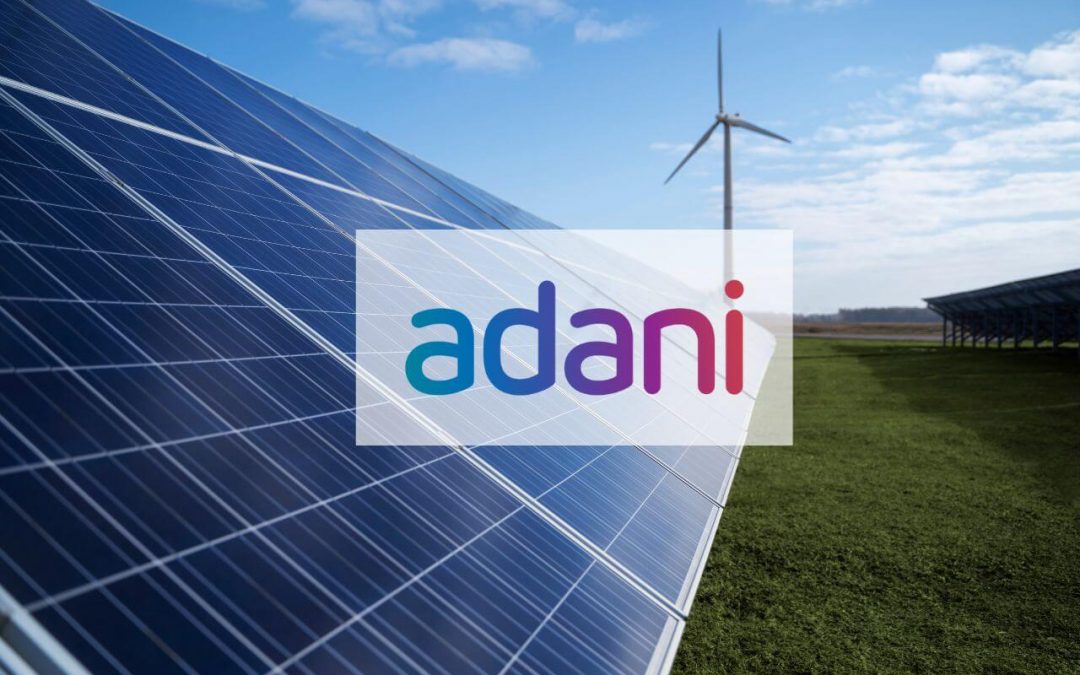 Fundamental Analysis Of Adani Green: AGEL is possibly one of the most leveraged companies of the Adani Group. Have you ever wondered what allows the company’s management to pile up so much debt? And can it be investment worthy despite the eye-popping debt-to-equity ratio?

In this article, we attempt to answer that by performing fundamental analysis of Adani Green Energy.

As of 2021, India’s renewable energy industry was the fourth most attractive in the world for investors. It received an FDI inflow of $ 10.02 billion in FY21. This comes on the back of India’s goal of installing a non-fossil energy capacity of 500GW by 2030.

At the end of FY22, the country’s renewable energy capacity was recorded at 156.61 GW, 39.2% of the nation’s total installed energy capacity. Thus, the sector is projected to grow at a CAGR of 14.23% every year. As for the present composition, solar energy comprises 34.47% of the total green energy in India, followed by a 25.77% share of wind energy.

Bringing home another interesting point, India added more renewable energy capacity in FY21, for the third year consecutively, than it did conventional energy. This establishes the fact of how much the government and energy companies are bullish on India’s renewable energy sector.

There is another noteworthy topic of India’s growth story. Even though energy consumption has doubled since 2000, India’s energy use on a per capita basis is less than half of the world average.

Going forward, the country’s rising demand for energy along with the increased push toward renewables bodes well for the renewable energy industry in India.

Founded in 2015, Adani Green Energy (AGE) is one of the largest green energy companies in India. Part of the edible oil to ports conglomerate Adani Group, it has a project portfolio of 20,434 MW.

The company establishes, owns, and operates large-scale grid-connected solar and wind energy farms. The electricity produced from these plants is supplied to central and state government institutions for usage and distribution.

AGEL presently has a portfolio of 54 operational projects across 12 Indian states. In addition to this, 12 of its projects are under construction. A feather in its cap, AGEL operates the world’s largest solar power plant in Kamuthi, Tamil Nadu located at a single location of 2,340 acres.

In the year FY22, the renewable energy company added 1740 MW through acquisitions and commissioned a capacity of 200MW. The table below presents the total operational capacity of AGEL and the capacity under development of the company as well.

In 2020, TotalEnergies, a French multinational integrated energy, and petroleum giant acquired a 20% stake in Adani Green Energy. Additionally, it picked a 50% stake in the 2.35 GWac portfolio of operating solar assets of AGEL.

The figure below depicts that as of March 2022 Adani Group controlled 61.3% stake in the company with 20% in the hands of TotalEnergies. The balance of 18.7% was held by public shareholders. In June, the Adani family slightly increased the stake to 61.5%.

The top line of Adani Green Energy has grown at a CAGR of 28.24% over the last five years. During this period, the company grew organically and inorganically as and when the company found attractive acquisition opportunities.

For instance, the company acquired SB Energy India for $3.5 billion in an all-cash deal. Previously, it was an 80:20 joint venture between SoftBank Group and Bharti Group.

As for the bottom line, the profitability of the company has been low with losses in three out of the last five years. The profits are expected to grow as the company aims to commission more projects and have realisations from the recently commissioned projects.

The table below presents the revenue and net profit of Adani Green Energy for the last five years.

Whenever there is talk of multi-bagger returns of the Adani companies, mention of debt is always there. Adani Green Energy is no exception. In fact, it is one of the most leveraged companies in the group with a debt to equity ratio of 43.86.

Now you must be wondering what gives the AGEL management confidence to take so much debt. The answer is ‘Power Purchase Agreements’ or ‘PPAs’. The power distribution companies enter into long-term contracts with the power generation companies to purchase electricity.

AGEL has all of its 100% production secured with PPAs with more than 25 years of maturity. This gives the company strong revenue visibility on the back of which it is able to borrow more to acquire or build more energy farms.

What we know for sure is that Adani Green Energy’s growth story has been terrific. In this section, we will try to get a grasp of AGEL’s future trajectory.

We are now at the end of our fundamental analysis of Adani Green. We looked at how bullish Adani Green Energy’s management is on the revenue visibility of the company. Long-term PPAs allow it the confidence to fund more such energy projects through debt raising the debt levels to scary levels.

Additionally, all these agreements are with sovereign counterparties signaling a default risk only during the time of a country’s default scenario.

As an investor, if you are comfortable with the debt story, the other challenge for AGEL is to continue with its stellar growth rate. While the revenue growth rate will likely come down as its size increases and given the peak debt levels, it has to be strong enough to attract growth in stock price for the investors.

Will AGEL be able to deliver the same stellar gains for its investors in the future? They say time has all the answers in the stock market. Till then, keep saving and keep investing.