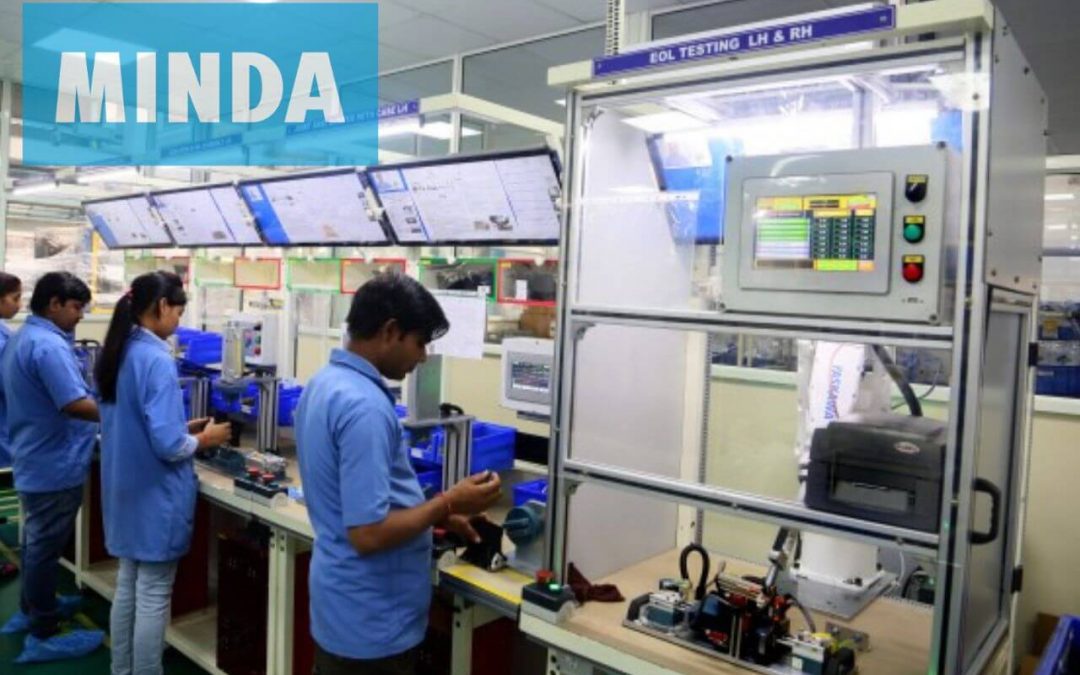 Fundamental Analysis of Minda Corporation: Uno Minda Ltd. has been in the news recently for giving multi-bagger returns to its shareholders. You may have missed the Uno Minda rally. But did you know there is one more Minda stock listed in the market? Separated from the Minda Group in 2012, can this be a multi-bagger as well?

In this article, we shall attempt to perform a fundamental analysis of Minda Corporation, the lesser know of the two Minda Group companies.

In this article, we shall perform a fundamental analysis of Minda Corporation. We’ll see how Minda Corporation is different from the similar-sounding and much larger Uno Minda (formerly Minda Industries). Then we’ll get ourselves acquainted with the history and business of the company, followed by an industry overview.

Later, a few sections are devoted to revenue and profitability, return ratio, and debt analysis. A highlight of the future plans and a summary conclude the article at the end.

Minda Corporation traces its origins back to 1958 when the Minda Group was set up with a small capital. Over the years, it grew into one of the leading auto-ancillary companies in India with an international footprint. The group was split in 2012 with NK Minda getting control of Minda Industries and Ashok Minda receiving Minda Corporation.

Both companies are listed on the exchanges. As of the writing of this article, Uno Minda had a market capitalization of Rs 31,500 crore. Whereas, the smaller of the two companies: Minda Corporation reported a market value of Rs 4,800 crore.

Minda Corporation is one of the leading automotive components manufacturers globally. It produces a wide range of auto-ancillary products such as locksets, door handles, sensors, wiring harnesses, interior plastics, die-casting parts and more.

It supplies its products to leading passenger vehicles, commercial vehicles, 2-wheelers, off-road vehicles & tier-1 manufacturers in India. Talking about its international presence, the auto-ancillary company has a presence in Indonesia, Vietnam, Uzbekistan, U.S.A. and Japan.

Backed by a workforce of over 16,000 employees, Minda Corporation’s products find acceptance not just by OEMs but in aftermarket sales as well.

The company has set up multiple joint ventures with other leading auto-components manufacturers from across the globe.

We now have a fair idea of how Minda Corporation makes money. In the next section, we look at the auto-ancillary industry landscape in which the company operates.

Auto-ancillary industry growth is directly dependent on auto-sector growth. The whole automotive industry in India has seen degrowth in the last few years. Presented below are the automobile production numbers for the last four fiscals from the Society of Indian Automobile Manufacturers (SIAM).

But the data also tells that except for two-wheelers, the other segments of the Indian industry have recovered in the recent fiscal.

The Indian auto-ancillary sector clocked a growth of roughly 17% in FY 2021-22. This growth was brought forward by a lower base in FY21 and higher vehicle production, replacement, and export volumes. Furthermore, the pass-through of commodity prices aided recovery as well.

The auto component industry is projected to expand by double digits in FY23. The medium and long-term prospects are optimistic with various catalysts acting as support pillars. Going forward, vehicle premiumization, higher localization, higher exports, and new EV opportunities resulting in higher content per vehicle are expected to drive the growth of auto-ancillary companies in India.

Overall, the Automobile Component Manufacturers Association (ACMA) projects the Indian auto-ancillary sector to touch $ 200 billion in revenues by 2026. This is almost 4-x growth from the present levels.

Minda Corporation’s operating income and earnings have grown inconsistently over the past five years. In FY22, the operating revenue grew by 25.68% to Rs 2,976 crore and the net profit more than doubled to Rs 192 crore. However, FY22 operating income was still below the FY19 peak of Rs 3,092 crore.

Additionally, the company booked a heavy loss for discontinued operations in FY22. Taking its effect into account, Minda Corporation’s total comprehensive loss stood at Rs 194 crore in FY20 against a profit after tax of Rs 136 crore.

The table below highlights the operating revenue and net profit growth of Minda Corp. over the last five years.

We started with the history of the auto-ancillary company. Next, we acquainted ourselves with the auto-component sector overview followed by its revenues and net-profit figures. In this portion, we study the profit margins as part of our fundamental analysis of Minda Corporation.

From the figures presented below, we can take note that the operating margin has declined from FY18. The profit-after-tax margin has remained relatively low. Overall, the compressed margins point to the company’s inability to raise prices in the face of industry degrowth.

As the demand improves, it shall be important for the company to expand its margins in the future to generate higher cash flows.

For our ratio analysis, we have taken into account figures from only continued operations.

Historically, the company exhibited high return ratios. But the numbers have come down since FY18 and FY19. Both the return on capital employed and the return on equity suffered in FY21 because of the pandemic-led decline in earnings.

We can note from the data below that the return ratios got better in the recent fiscal. However, the management must deliver return ratios in future over 20-25% at least to elicit a re-rating of the stock.

In this section, we look at the debt-to-equity ratio and the interest coverage ratio as part of our fundamental analysis of Minda Corporation.

The figures below tell how the auto-ancillary stock has reduced its debt over the years. Along with this, its interest coverage ratio has improved and was as high as 10.31 times in FY22.

So far we have looked at only the previous years’ results of the company. Let us try to get an idea of what lies ahead for Minda Corporation and its shareholders.

We are almost at the end of our fundamental analysis of Minda Corporation. Let us take a quick look at the key metrics of the auto-ancillary stock.

We have now reached the end of our fundamental analysis of Minda Corporation. Clearly, the main reason Minda Corp. has trailed behind Uno Minda is its negligible sales growth. Even though the company has improved its fundamentals considerably, margin expansion and revenue growth are much-needed catalysts for generating shareholder value.

In your opinion, will smaller Minda Corporation be able to leave a mark like Uno Minda? How about you let us know in the comments below?