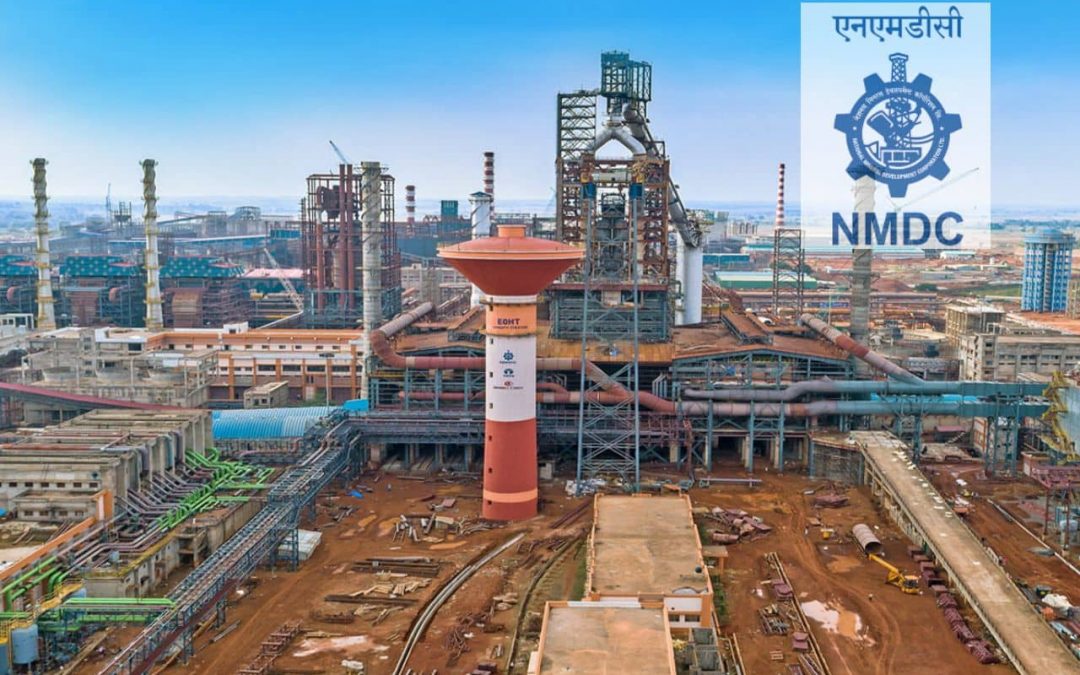 Fundamental Analysis of NMDC: The steel sector got a cyclical boom last fiscal when steel prices went through the roof across the globe. And it just didn’t change the fortunes of the likes of troubled Tata Steel, various iron ore mining companies benefitted too. In this article, we’ll perform a fundamental analysis of NMDC, a Navratna-status government mining company.

In our fundamental analysis of NMDC, we’ll get ourselves acquainted with the business of the PSU initially; followed by an overview of the iron ore mining sector. In the process, we’ll also learn about the revenues, return ratios, and other numerical metrics. A highlight of the future plans of the company and a summary conclude the article at the end.

Previously known as National Mineral Development Corporation, NMDC is a central public sector undertaking under the Ministry of Steel, Government of India. It was incorporated in 1958 and is presently the largest iron ore producer and exporter in India.

It owns and runs four highly mechanized mines of iron ore in Karnataka and Chattishgarh. The PSU is the 10th largest iron ore producer globally. NMDC leads not just in scale but is also one of the low-cost and most mechanized miners internationally.

Furthermore, it is also engaged in the exploration of a broad range of minerals such as copper, rock phosphate, limestone, magnesite, diamond, tungsten, and beach sands.

The figure below highlights the geographical diversity of the operations of NMDC.

As iron ore is the key revenue segment for NMDC, let us take a look at the iron ore mining industry in India in the next section.

Iron ore is primarily used to manufacture steel. Almost 98% of the mineral finds its usage in steel production with only 2% for other applications towards auto parts, catalysts, medicinal use, paints, inks, cosmetics, etc. Thus we can conclude that the demand for iron ore is majorly dependent on the steel sector.

After China at 1,033 MTPA, India is the second largest steel producer globally with an annual production capacity of 118 MTPA in FY21. India’s steel industry grew by a whopping 17.8% in the year owing to worldwide price increases and supply reductions from China.

The construction, residential, and automobile sectors are the biggest steel consumers making it a cyclical industry. Its demand increases during economic booms and falls sharply when the economies contract.

The market has turned ripe for non-China steel and iron ore producers. There is an open opportunity for them to gain market share from their Chinese counterparts as the government is coming down harsh on steel companies to curb carbon emissions.

The sharp growth is in line with the global price surge in steel prices and decreased supply of Chinese steel.

The table below highlights the gradual advance initially then a sharp rise in the sales and net profit of NMDC over the past five years.

NMDC is one of the low-cost miners globally with high-profit margins. The mining PSU boasts high margins running upwards of 50% and 36% respectively for operating and net.

The table below presents the operating and net profit margins of NMDC for the previous five financial years.

We can notice above that the margins declined in FY22 from FY21 levels. This is because overall the revenue growth was volume-led and not price-led. This means that the company sold more iron ore, albeit earning less on each sale.

In the next section of our fundamental analysis of NMDC, let us look at the efficiency of the business by assessing its return ratios.

Just like the high profitability, the company has high return ratios: return on capital employed and return on equity.

We can see in the table below how the figures have improved over the previous few years. RoCE and RoE climbed to their all-time high of 37.00% and 28.96% in FY22. Thus we can conclude that, despite margin compression, the volume jump aided NMDC to post record profitability and return numbers.

The table below presents the return ratios: RoCE and RoE of NMDC for the past few years.

So far we looked at the business, industry, revenue & profitability figures, and return ratios as part of the fundamental analysis of NMDC. The next piece throws light on the debt-to-equity ratio and interest coverage ratio of the company.

NMDC is a debt-free stock largely with a debt-to-equity ratio of 0.10 and a high-interest coverage ratio of 341.

We can observe from the numbers below that its D/E ratio has slightly increased over the years. The reason behind the marginal rise in debt is because of the expansion activities of the PSU.

Despite the increase, NMDC is a very safe stock from the point of view of leverage.

To this point, we read only the previous years’ results of NMDC. In this section, let us learn more to find out what lies ahead for the company and its investors.

We are almost at the end of our fundamental analysis of NMDC. Let us take a quick look at the key metrics of the stock.

Summing up our fundamental analysis of NMDC, we can say that it has been a huge beneficiary of the steel cycle boom. The Indian government utilized this period to offload its stake in NMDC to meet its divestment targets. It sold its 7.5% stake during the quarter ending September 2021 to bring down the holding to 60.79% at present.

For a cyclical stock like NMDC, do you think the rally is over? For instance, its half-year revenue till September FY 2022-23 declined to Rs 8,095 crore from Rs 13,306 in FY22. Or is there more to it? How about we talk more in the comments below?