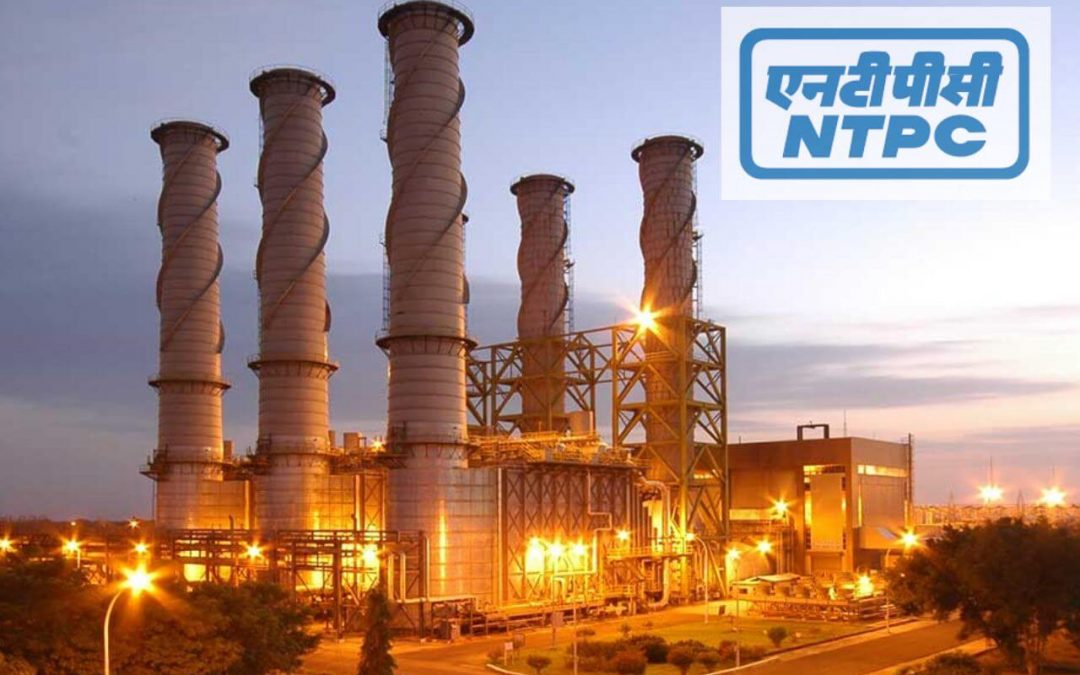 Fundamental Analysis of NTPC: The stock of NTPC has appreciated by only 12.32% in the last five years. At the same time, its revenues and net profit grew by 8-10% compounded annually. If income rose so sharply, why didn’t the stock price? Or is NTPC a dividend stock with a dividend yield of 4.12%? If yes, does it make sense to put money in the stock? In this article, we answer all such questions by performing a fundamental analysis of NTPC.

In this article, we shall conduct a fundamental analysis of NTPC. We will get ourselves acquainted with the history and business of the company, followed by the  Indian power industry overview.

Later, a few sections are devoted to assessing revenue & profitability growth, return ratio, and debt analysis. A highlight of the future plans and a summary conclude the article at the end.

NTPC Ltd. (formerly National Thermal Power Corporation) was incorporated 47 years ago in November 1975. It is an Indian central public sector undertaking (CPSU) under the Ministry of Power, Government of India. The government holds a majority stake 51.1% stake in the company.

NTPC has a diversified portfolio of coal, gas, solar, wind, hydro, and small hydro-based power plants. Its operations are well integrated both backward and forward, into coal mining and power trading respectively.

As of the present date, is the largest power company in India with a total installed generation capacity of 69,134 MW. It is a market leader in energy production, accounting for 24% of the nation’s electricity supply. NTPC’s share in the total power generation capacity stands at a whopping 17% of the total capacity.

Not just in terms of size, NTPC also leads the Indian power sector in terms of efficiency. The company’s average PLF, a measure of power generation stood at 71% in FY22, way above the country’s average of 59%.

Having known the business and the huge scale NTPC operates, let us now move to the next section covering India’s energy sector landscape.

India is the third largest electricity producer in the world with an installed power generation capacity of over 3,99,496 MW. The nation’s capacity grew at a CAGR of 8.1% over the last decade.

Out of the total production, coal-fired power plants accounted for 52.7% of the total energy capacity. It was followed by the 27.5% share of renewable energy generation. Hydro and gas made up 11.7% and 6.2% of the installed capacity respectively.

The energy produced by the power companies is transmitted through transmission companies. India’s transmission infrastructure has always lagged behind its power generation capabilities. Thus, there is an extra focus to streamline energy transmission operations with the country’s production capacity.

Talking about power trading in India, power producers sell electricity to distribution companies by engaging in power purchase agreements. In FY22, 95% of the power produced in the nation was traded through long-term PPAs. The balance of 5% was via short-term trading means.

There is another noteworthy topic of India’s growth story. Even though energy consumption has doubled since 2000, India’s energy use on a per capita basis is less than half of the world average. This supports the argument that overall power demand in India is expected to grow at a strong pace.

Having covered the power industry landscape, let us now move on to the revenue and net-profit growth of the company as per our fundamental analysis of NTPC Limited.

We can see that the bottom line fell sharply in FY19. During that fiscal year, the net profit took a big hit to the tune of Rs 4,071 crore because of the regulatory deferral account charge.

The rate at which NTPC sells electricity is determined by Central Electricity Regulatory Commission (CERC) after taking into account costs like interest, depreciation, operation & maintenance expenses, etc. with a defined margin for profit.

The table below highlights the operating revenue and net profit growth of NTPC for the last five financial years.

NTPC uses coal, gas, naphtha, oil, and biomass pellets as fuel to produce electricity. It is the largest cost for the power company. Coal prices have a significant bearing on the operating profit margins. Similarly, regulatory deferral account charge/credit affects the net profit margin of the company.

Except for some volatility, the figures below tell that the operating profit margin and net profit margin both have improved overall over the years.

High debt levels are common across all utilities because of heavy capital expenditure required by them. In the next section of our fundamental analysis of NTPC, we perform a debt analysis of the company.

For a utility company with the government of India’s backing, the debt-to-equity ratio of NTPC is in the acceptable range. As a plus point, its counterparties to the power purchase agreements are the state electricity transmission companies. This provides long-term revenue visibility to the company.

Thus, sovereign backing and sovereign counterparties both give the status of a sound financial position to the power company.

It has the highest credit ratings for its bonds and bank borrowings. Additionally, its international ratings are equivalent to the sovereign ratings.

The table below highlights the debt-to-equity ratio and the interest coverage ratio of NTPC for the last five fiscal years.

In this section, we’ll take a quick look at the company’s return ratios: return on capital employed (RoCE) and return on equity/net worth (RoE/RoNW) as part of our fundamental analysis of NTPC.

We can note that the return on equity has increased over the past few years while the return on capital has come down marginally. This points to the increased financial leverage and lesser tax burden in recent years.

So far we looked at only the previous fiscal years’ figures as part of our fundamental analysis of NTPC. In this section, we take a look at what lies ahead for the company and its shareholders.

We are almost at the end of our fundamental analysis of NTPC. Let us take a quick look at the key metrics of the stock.

In our fundamental analysis of NTPC, we got to know how NTPC as a giant is leading the Indian energy industry. Being a government enterprise, it has to give away almost 40% of its earnings as dividends. This makes the state-owned company a dividend stock.

Investors who are looking for a regular income and mild capital appreciation may want to add the stock to their watchlist. In your opinion, can NTPC give heavy returns to its shareholders? Or is it a slow-moving, safe stock? How about you let us know in the comments below?