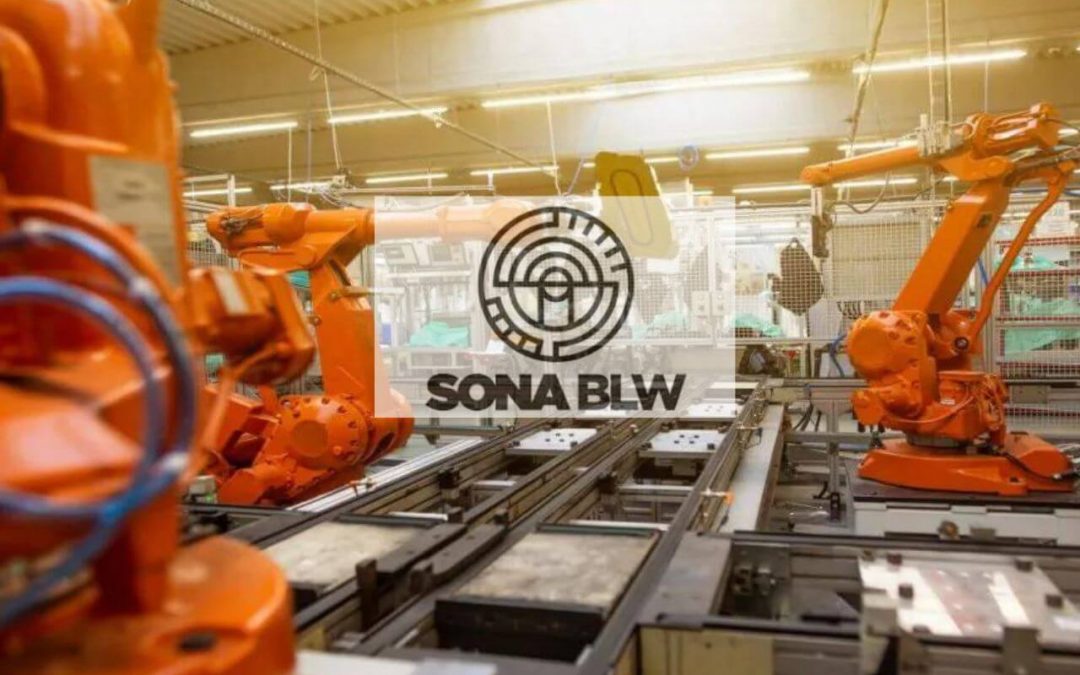 Fundamental Analysis of Sona BLW Precision Forgings: Investors and market experts seem to be very bullish on the automobile industry on the prospects of its turnaround. There are two ways to bet on the sector: OEMs and secondly auto-ancillary stocks that supply products to OEMs. It is said that auto-ancillary stocks are a much more diversified bet than OEMs themselves.

Thus, in this article, we shall perform a fundamental analysis of Sona BLW Precision Forgings, a recently listed large-cap stock with a diversified global presence.

In this article, we’ll conduct a fundamental analysis of Sona BLW Precision Forgings. We’ll start by getting ourselves acquainted with the history and business of the company, followed by an industry overview. Later, a few sections are devoted to revenue growth, return ratios, and debt analysis. A highlight of the future plans and a summary conclude the article at the end.

Founded in 1995, Sona BLW Precision Forgings is one of the leading automotive components manufacturers in India. The company has grown organically and inorganically over the years into a global producer.

A key acquisition was of Comstar Automotive Technologies in 2019. After the event, a new brand image was created for the company – Sona Comstar. As recently as June 2021; the company went public, listing its shares on the Indian stock exchanges.

Sona Comstar has a well-diversified international footprint with 76% of revenues originating from worldwide sales. In addition to this, it is also well positioned to take advantage of the EV boom as 25% of its revenues come from the battery electric vehicles (EV) market.

And not just geographical diversity, the company’s revenue is also well-diversified in terms of product mix. The image below highlights the product-wise diversified revenue mix of Sona BLW Precision Forgings.

Run by a strong workforce of 3,555 employees, the automotive components manufacturer has nine manufacturing and assembly facilities across India, the USA, Mexico, and China. Six of these are located in India. It supplies its products to leading automotive OEMs in the USA, Europe, India, and China. Additionally, it has three R&D centers and eight warehouses.

We now have a good understanding of what the automotive components manufacturer does. In the next section, we talk about the industry landscape in which the company operates.

The auto-ancillary stocks derive their demand from the auto industry. Sona BLW Precision Forgings earned 78% of its revenues overseas in FY 2021-22. Therefore, it makes sense for us to look at the global automotive industry as well and not just the domestic market.

The manufacturing of light vehicles (LV) saw a decline from 92 million (Mn) units in FY19 to 76 Mn units in FY22. This was on account of multiple reasons including chip shortages, the Covid-19 pandemic, and geopolitical disruptions. Along the same lines, medium and heavy-duty (M&HD) truck production registered a drop to 2.2 million in FY22 from 2.5 Mn in FY19.

Different agencies expect global production numbers to improve to 94 Mn units by FY26 for LV and 2.6 Mn for M&HD respectively. The volume growth projections are based on strong demand recovery and the easing of chip shortages.

As for the Indian automobile industry, it has been on a downturn even before the pandemic hit. The sector has seen degrowth in the last few years. Presented below are the production numbers from the Society of Indian Automobile Manufacturers (SIAM).

But the data also tells that except for two-wheelers, the other segments of the Indian industry bounced back in the recent fiscal.

Market experts say that after years of drought, the Indian automobile industry is at the cusp of a boom as demand is back. Going forward, rising disposable incomes, better monsoons, easing inflation, stable fuel prices, and commodity cost decline will bring growth to the automotive industry in India.

Having read about the company, its history, and the industry landscape, we now pretty well understand what it does and how big it is. Taking our fundamental analysis of Sona BLW Precision Forgings forward, let us study the growth in sales and profits of the firm in the next section.

The operating revenues of the auto-ancillary company have grown multi-fold from Rs 623 crore in FY18 to Rs 2,131 crore in FY22. Similarly, the net profit more than doubled to Rs 362 crore in the recent fiscal in the last four years.

However, the figures before FY20 are not comparable with the ones thereafter at their face value because Sona BLW and Comstar Automotive were merged in FY 2019-20. Nevertheless, we can still gain some basic insights from the data.

From the table below, we can clearly see that operating revenue and net profit surged 36% and 68% year-on-year (YoY) in FY22 respectively. The rise in net profit is on the account of a lower base in FY21 because of a higher tax expense. Overall, the earnings have remained flat in the last three years.

Thus, we can conclude that sales are on an uptrend for Sona Comstar. Going forward, the investors should expect growth in the bottom line along with topline growth. In the next section, we take a closer look at how the company has fared on the margins front.

Bringing home a point, the growth in operating revenue has come at a cost of compression in operating margins. Perhaps, the management is focused on gaining market share in the near future by lowering the prices of its products.

The table below presents the operating profit margin and net profit margin of Sona BLW Precision over the previous four fiscal years.

Taking forward our fundamental analysis of Sona BLW Precision Forgings, we’ll look at the return ratios: the return on capital employed (RoCE) and the return on equity (RoE) in this section.

We have taken return figures for continued operations. From the information in the table below, we see that the company enjoys high return ratios as an auto-components manufacturer.

The management of Sona Comstar has done a commendable job of reducing the debt of the company in the last few years. The debt-to-equity ratio of the auto-ancillary company has come to a negligible level of 0.04 in FY22 from a high of 0.74 in FY19. During the same period, the interest service coverage ratio jumped to its all-time high of 31.72 in the last fiscal year signaling the strong leverage position of the company.

The company used proceeds from the initial public offering to further reduce its debt. The table below presents the debt-to-equity ratio and interest service coverage ratio of Sona BLW Precision Forgings for the last four years.

So far we looked at only previous years’ figures as part of our fundamental analysis of Sona BLW Precision Forgings. In this section, we read about what lies ahead for the company and its shareholders.

We are now almost at the end of our fundamental analysis of Sona BLW Precision Forgings. Let us take a quick look at some of the key metrics of the stock.

We are now at the end of our fundamental analysis of Sona BLW Precision Forgings. Its stock has given a return of 27% since its listing in June 2021. However, it has fallen as much as 45% from its 52-week high, as the investors at large revised their valuation of the company.

In your opinion, is Sona BLW Precision accurately valued at the current price-to-earnings ratio of 75? What can be key catalysts for the stock going forward? How about we continue this conversation in the comments below?