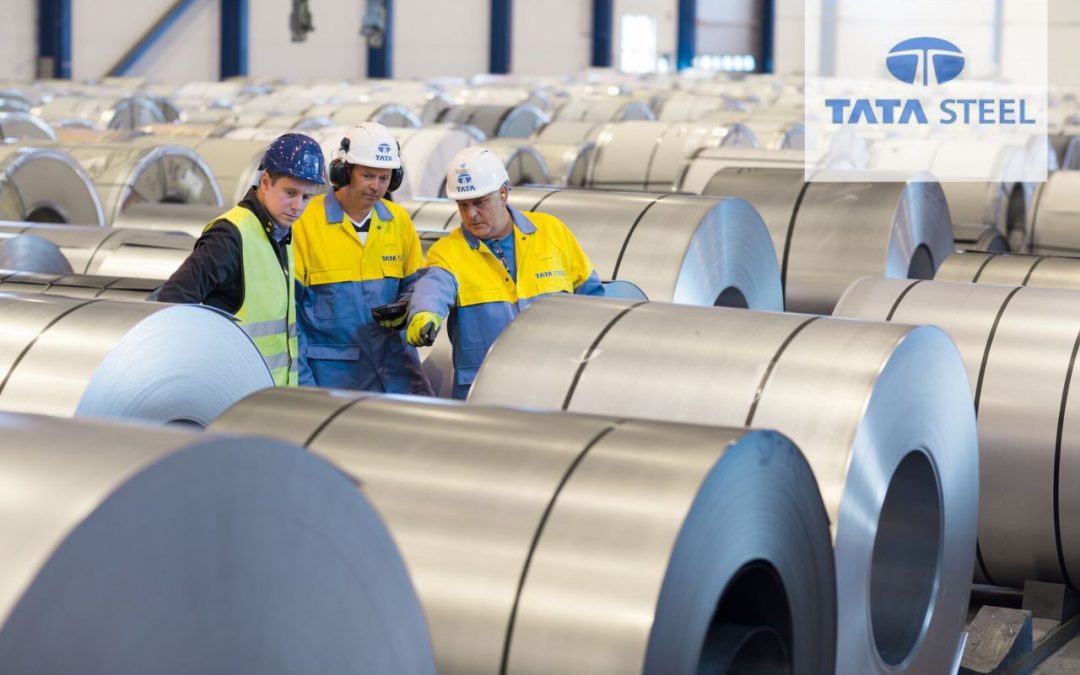 Fundamental Analysis Of Tata Steel: From becoming the Tata Group’s most profitable company in FY22 to announcing its 1:10 stock split and the amalgamation of its 7 companies; Tata Steel made news multiple times this year. With so much happening, how do we as investors resist not looking at the steel company? Therefore, in this article, we shall conduct a fundamental analysis of Tata Steel.

We start by getting ourselves acquainted with the company and the steel industry. Then we move on to see its revenue growth, return ratios, and debt figures. After that, we cover the future plans of the Tata Group’s steel maker. A summary concludes the article in the end.

So without further ado, let us jump in.

As of today,  Tata Steel is the nation’s second-largest domestic steel producer and one of the top 10 steel producers in the world. It produced 31.03 million tonnes (MT) of crude steel in FY22.

NatSteel, Corus, Bhushan Steel, and Nilachal Ispat Nigam have been some of its key acquisitions to date. The management grew the company organically and inorganically as and when it found attractive opportunities.

The steel manufacturer has a presence in more than 26 countries with key operations in India, Europe, and South-East Asia.

However, the European operations have been a major drag for Tata Steel. There are many reasons behind its heavy losses: over-priced acquisition of Corus, stiff competition from Chinese low-cost steel, inability to sell the unit, and decarbonization efforts by the European governments.

We have now got an overview of the company as part of our fundamental analysis of Tata Steel Ltd. Let us now move on to get an understanding of the steel industry.

India is the second largest steel producer in the world after China. In FY21, the country produced 118 million tonnes of steel compared to 1,033 million tonnes produced by China. We can say that India fulfills almost 15% of the global steel demand.

The global steel demand is projected to touch 1,896 million tonnes this year, a growth of 2,2% over the previous year.

Talking about the origin of the demand, the construction, residential and automotive sectors are the major consumers of steel. This makes the steel industry cyclical. Its demand increases during economic booms and falls sharply when the economies contract.

As for the production costs, coking coal makes up one-third of the cost of steel production. Indian companies are dependent on imports of coking coal. Thus lately, steel makers took frequent price hikes because of huge volatility in international coking coal costs.

In terms of export performance, the country’s exports of finished steel reached an all-time high of 18.3 million tonnes in FY22. This was because of rising steel prices around the world. The decreased supply from China amid other factors prompted this. However, the government increased export duty on many steel products to control domestic steel prices.

Putting it all together, we can conclude that steel is a slow-growing sector. But the present business environment is favorable for non-Chinese steel makers. There is an opportunity for steel producers to gain market share as the Chinese government is coming down harsh on steel companies for decarbonization.

Many reasons have been attributed to this rally. Pent-up demand, the stocking of steel, and supply chain issues aided the companies. Further, the Chinese government’s efforts toward decarbonization and localized lockdowns resulted in lower steel production in China.

The table below presents consolidated as well as standalone revenues and net profit figures of Tata Steel for the last five years.

The huge variability in the profitability of Tata Steel is also evident in the return ratios for the last five years. In the table below, we can see how both the ratios (on a consolidated basis): return on capital employed (RoCE) and return on equity (RoE) have fluctuated sharply in the past.

Nevertheless, FY22 proved to be a very good period for the company. The increased earnings helped the company to deleverage itself on a standalone as well as a consolidated basis.

The table below presents the consolidated debt-to-equity ratio and interest coverage ratio of Tata Steel for the last five years.

Tata Steel is one of the only three steel companies in India with captive iron-ore mines. In addition to this, the company also owns coal mines which are able to meet almost 20% of the company’s demand. The captive mines give it a competitive advantage in terms of cost leadership through better profit margins.

So far we have looked at how the company has grown over the years. This section of our fundamental analysis of Tata Steel highlights what lies ahead for the company.

The table below presents the key metrics of Tata Steel Ltd.

We are now at the end of our fundamental analysis of Tata Steel. We can conclude that Tata Steel has surely benefited immensely from the upturn in the steel industry. Going forward, India’s steel sector is expected to grow fast as China slows down. This presents a huge opportunity for Indian steel players, including Tata Steel.

At the same time, the management will have to think something about its European operations. The mounting pressure of decarbonization and delayed talks around subsidies cast strong permission over the operations of the company.

In your opinion, what is the way forward for Tata Steel? How should it manage its non-Indian operations? Is it a good investment despite a bad arm? How about you let us know in the comments below?