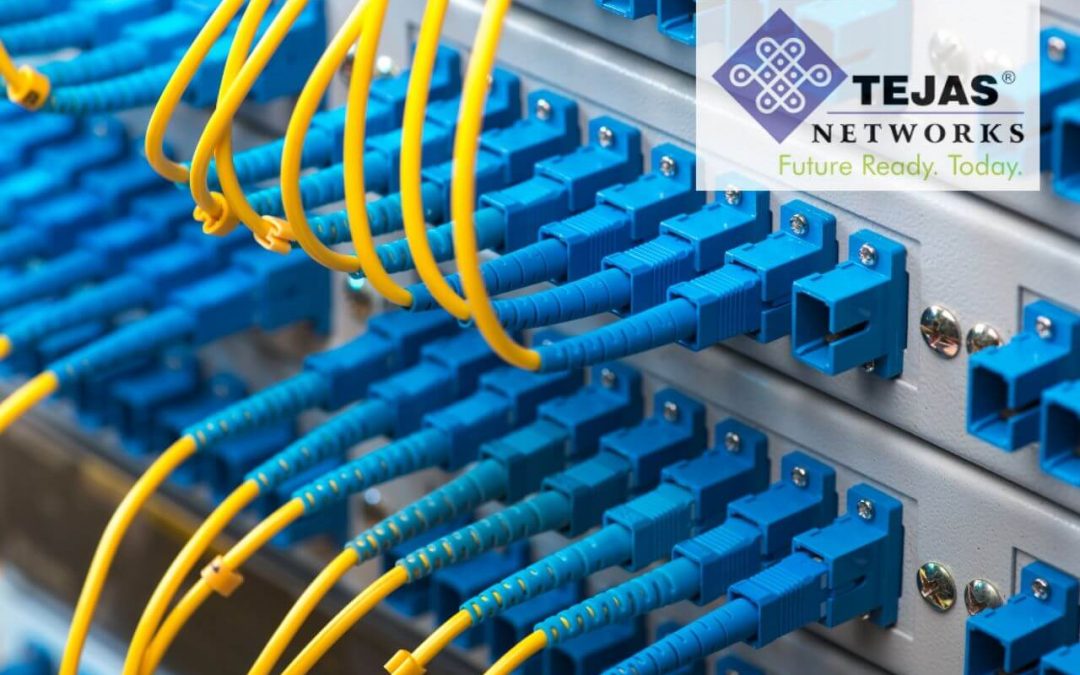 Fundamental Analysis of Tejas Networks: Broadband connectivity to homes and businesses is an essential service like gas, electricity, and water, especially with the onset of the pandemic. High-speed connectivity is an enabler of business continuity and resilience, it is the engine of e-commerce. And telecom equipment companies play a major role in enabling connectivity.

In this article, we shall do a fundamental analysis of Tejas Networks, a Tata group telecom equipment company. We’ll take a look at the industry that it functions in, its business, moat, competitors, financials, and more. Let’s begin!

It provides optical, broadband, and data networking products, as well as 4G/5G wireless products that are used by telecommunications service providers, internet service providers, utility companies, and defense and government entities in more than 75 countries.

With a huge pent-up demand for fiberization and home broadband, today India is one of the fastest-growing optical equipment markets in the world. Telcos and service providers have accelerated the pan-India rollout of FTTx home and enterprise broadband networks, and cell-site fiberization, as well as investments in backbone capacity expansion, which are on the rise.

Shortages of semiconductors have hurt manufacturers of all electronic equipment including Telecom, Automobiles, IT, Industrial, and other products. This illustrates the need for companies to ensure that their supply chains are resilient. These shortages have underscored the value of understanding and mitigating supply chain risks and developing robust strategies.

The telecom and internet service providers are investing significant CAPEX to upgrade their access and optical networks. This provides a robust growth opportunity for the industry.

In addition, factors such as increased adoption of highspeed home broadband, availability of newer generations of mobile broadband technologies, bandwidth-intensive applications, cloud connectivity, high-capacity wireless backhaul, and data center interconnections are resulting in an expansion of the telecom equipment market.

In India, less than 35% of around 700,000 cell sites are currently fiberized (compared to 75-90% in developed countries). This is expected to increase to 70% by 2025. Overall, India has approximately 1,013 million wireless subscribers today (source: TRAI statistics, April 2022) but the rural wireless teledensity is ~58% so there continues to be a latent demand for higher-speed 4G services, especially in smaller towns and rural areas.

Preference to Make in India & the PLI Scheme

Tejas Networks was declared eligible under the PLI scheme as well as the Trusted Sources mandate. The government has mandated that all TSP and ISPs will be allowed to use products from ‘Trusted Sources Only’. It is well-positioned to benefit from the Government’s s Performance Linked Incentive (“PLI”) scheme and its preference for “Make in India” (PMI).

All telecom products being manufactured and sold by Tejas are included in the PMI list. Similarly, its products are approved under the PLI scheme for Telecom and Networking. This will help it in growing its domestic market share in both public and private sector procurements.

In addition, there was a preferential allotment of equity shares and share warrants, followed by an open offer to acquire 26% of the expanded voting share capital of the company. Panatone Finvest currently owns a 52.20% stake and is the sole promoter of the company.

This acquisition marks a significant milestone for Tejas Networks as it now has the requisite resources, a trusted brand and capabilities to truly realize the vision of building a top-tier global telecom equipment company from India.

Tejas Networks announced the acquisition of Saankhya Labs Pvt Ltd., a Bangalore-based startup, on March 30th, 2022, as a part of its strategy for accelerating its wireless product development. Saankhya Labs is synergistic with its business and expands its offering in 5G Open RAN (O-RAN), 5G broadcast, and satellite applications.

In addition, it has the strong chip design expertise and has developed its own chip, which is used for satellite and wireless equipment. With this, Tejas Network’s wireless product development efforts will get strengthened.

Some of the major competitive advantages that Tejas Networks has are:

Tejas Network’s net profit margin grew in FY19, but it took a hit during the pandemic as the company incurred losses. There was a recovery in FY21, followed by a loss in FY22.

Global chip shortage was one of the main challenges for the telecom equipment industry. Though the company took advance action for high-value chips, it could not deliver as per plan due to an increase in lead time and the non-availability of components. However, it has already taken advance inventory ordering actions to fulfill its strong order book to address growth opportunities.

Domestic businesses from the government and private sector clients contributed to 64% of their net revenues as compared to 60% in FY21. India-Government business grew 8.7% year-on-year (YoY) and contributed 17% to its net revenues of which business from BSNL/MTNL constituted 5% while critical infrastructure business the remaining 12%.

On the other hand, the private business contributed 47% of its net revenues with a YoY growth of 14.9%.

On the bright side, the company had multiple tender wins in BSNL and MTNL for its wireline products. They completed 4G RAN proof of concept (POC) testing for BSNL’s 4G tender as a consortium partner with TCS and C-DOT.

International business declined marginally on a YoY basis and contributed 36% of its net revenues in FY22 as compared to 40% in FY21. On a broader basis, most of their business is generated from Africa and the Middle East, South and South-East Asia, Europe and the Americas.

The telecom network requirements of service providers in the developing economies of Asia and Africa closely mirror those of Indian telcos, thus enabling the company to leverage its success in the Indian market to expand in these regions.

Tejas Networks is a mid-cap company with a  market capitalization of ₹ 9,662.24 crores as of December 05, 2022. It has negative earnings per share of ₹ 5.21. Its shares do not have a price-to-equity ratio, as it reported a net loss in FY22.

The company has a return on equity of -4.72. This indicates that it has reported a net loss. Its average ROE for the last three years is -7.18, indicating that shareholders are losing their investment in the company. This might be due to the effects of the pandemic and the semiconductor shortage.

Tejas Networks has an ideal debt-to-equity ratio of 0.02, indicating that it is almost debt free. Further, it has a current ratio of 10.45. This indicates that its current assets are more than ten times its current liabilities. It has a dividend yield of 0.63.

In this article, we took a look at the fundamental analysis of Tejas Networks. We took a look at the industry that it functions in, its business, moat, competitors, revenue profitability, and other key metrics. In other words, we did a quick analysis of Tejas Networks. That’s all for this article, folks. We hope to see you around and happy investing until next time.