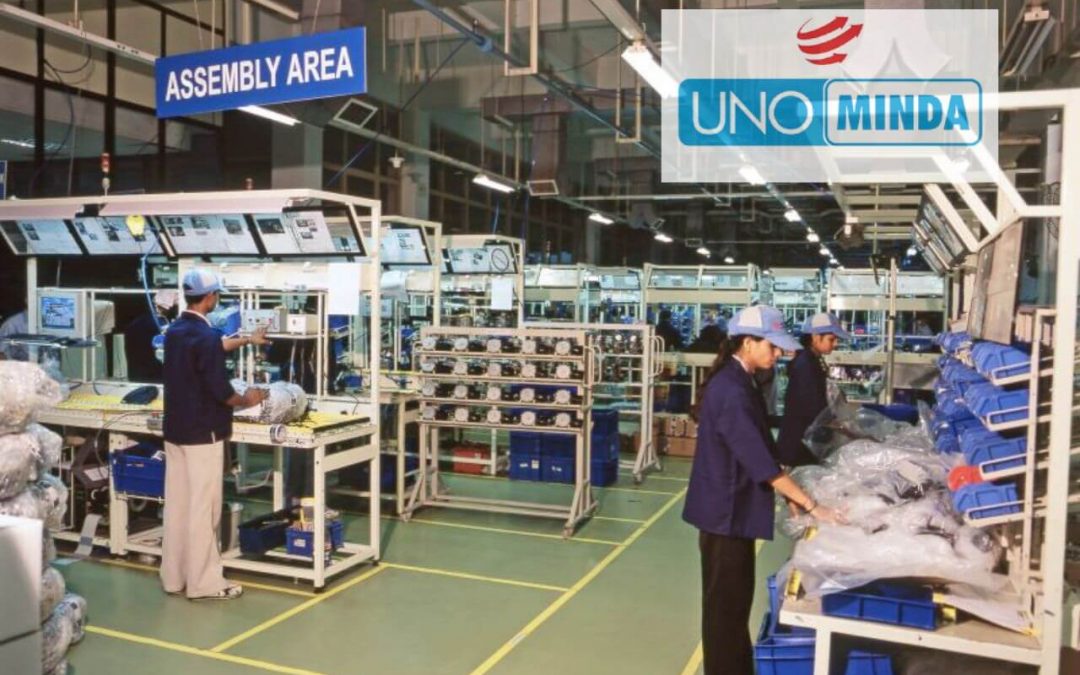 Fundamental Analysis of Uno Minda: Minda Industries or Uno Minda has been in highlight recently for its consistent multi-bagger returns to its investors. As an auto-ancillary stock, it makes an interesting case because the auto industry has seen a downturn during the same period.

In this article, we shall perform a fundamental analysis of Uno Minda (formerly Minda Industries), in a bid to know what makes this auto-component stock so different from the broad automobile and auto-ancillary industry.

In this article, we shall perform a fundamental analysis of Uno Minda (formerly Minda Industries). We will see how Uno Minda is different from the similar-sounding and much smaller Minda Corporation. Then we’ll get ourselves acquainted with the history and business of the company, followed by an industry overview.

Later, a few sections are devoted to revenue, return ratio, and debt analysis. A highlight of the future plans and a summary conclude the article at the end.

Uno Minda was started back in 1958 with a small capital. Over the years, the Minda Group grew into one of the leading auto-ancillary companies in India with an international footprint. The group was split in 2012 with NK Minda getting control of Minda Industries and Ashok Minda receiving Minda Corporation.

Recently, the name of Minda Industries Ltd. was changed to UNO Minda Ltd. effective 14th July 2022 to reflect its unique and different identity from Minda Corporation. The company had been operating already under the Uno Minda brand name for a long time now.

Both companies are listed on the exchanges. As of the writing of this article, Uno Minda had a market capitalization of Rs 32,000 crore. Whereas, the smaller of the two companies: Minda Corporation reported a market value of Rs 5,000 crore.

Additionally, it has design centers in Taiwan, Japan, and Spain.

The Manesar, Haryana-headquartered auto-ancillary company employs over 23,000 people. It has a leading market position in multiple product segments.

Taking about the business segments, the switches division and the lighting division are the major contributors to the company’s revenue at 28% and 22% respectively. As for the geographic segments, exports accounted for 15% of the revenues while domestic sales generated 85% of the income.

Auto-ancillary industry growth is directly dependent on auto-sector growth. The whole automotive industry in India has seen degrowth in the last few years. Presented below are the production numbers from the Society of Indian Automobile Manufacturers (SIAM).

But the data also tells that except for two-wheelers, the other segments of the Indian industry bounced back in the recent fiscal.

The Indian auto-ancillary sector clocked a growth of roughly 17% in FY 2021-22. This growth was brought forward by a lower base in FY21 and higher vehicle production, replacement, and export volumes. Furthermore, the pass-through of commodity prices aided recovery as well.

The auto component industry is projected to expand by double digits in FY23. The medium and long-term prospects are optimistic with various catalysts acting as support pillars. Going forward, vehicle premiumization, higher localization, higher exports, and new EV opportunities resulting in higher content per vehicle are expected to drive the growth of auto-ancillary companies in India.

Automobile Component Manufacturers Association (ACMA) projects the Indian auto-ancillary sector to touch $ 200 billion in revenues by 2026. This is almost 4-x growth from the present levels.

Initially, we acquainted ourselves with the history & business of the company. Later, we got a brief overview of the automobile industry in India. As part of our fundamental analysis of Uno Minda, we’ll see how the company has grown over the years in this section.

Despite the slowdown in the automobile sector, the company’s operating revenues have increased at an impressive CAGR of 12.82% from Rs 4,548 crore in FY28 to Rs 8,313 crore in FY22.

During the same period, its net profit grew inconsistently to Rs 413 crore in FY22 at a pace of 4.53% compounded annually.

Barring years FY20 and FY21, the table below highlights the consistent growth in the operating income of Uno Minda.

The profit margins of Uno Minda have declined over the last five years. This has been a common theme across the board for automobile OEMs and auto-ancillaries both.

Operating profit and net-profit margin both improved in FY22 over the previous fiscal. The expansion in margins reflects the recovery in the auto sector. The table below shows the operating margin and the net profit margin of Uno Minda over the last five financial years.

We noted above how Uno Minda’s revenues increased in the last few years but its margins took a hit. It was only in FY22 that net profit crossed the FY19 level.

In this section, we take a look at the return ratios of the auto-ancillary company: return on capital employed and return on equity.

We can observe in the table below that Uno Minda’s return ratios declined sharply in FY20 and FY21. At the same time, the business recovery is visible with RoCE at 15.8% and RoE at 12.3% in FY22 respectively.

On a positive note, the debt-to-equity ratio of the auto-ancillary stock has declined over the years from 0.39 in FY18 to 0.24 in FY22. At the same time, its interest coverage ratio has improved sharply since FY19. This points to the strong financial position of Uno Minda Ltd.

The table below shows the debt-to-equity ratio and interest coverage ratio of Uno Minda for the last five years.

So far we looked at what the previous years’ results of the company as part of our fundamental analysis of Uno Minda. In this section, we read about what lies ahead for the company and its shareholders.

We are almost at the end of our fundamental analysis of Uno Minda (formerly Minda Industries). Let us take a quick look at the key metrics of the stock.

From our fundamental analysis of Uno Minda, we got to know that the company continued with its growth even in the face of industry decline. Its margins did suffer but the gain in market share sets off a temporary loss in profits. With a larger market share now, Uno Minda stands strong against its competitors.

In your opinion, will the company be able to expand its margins in the future? If this happens, the stock may see a re-rating by analysts. How about you tell us your story of Uno Minda in the comments below?