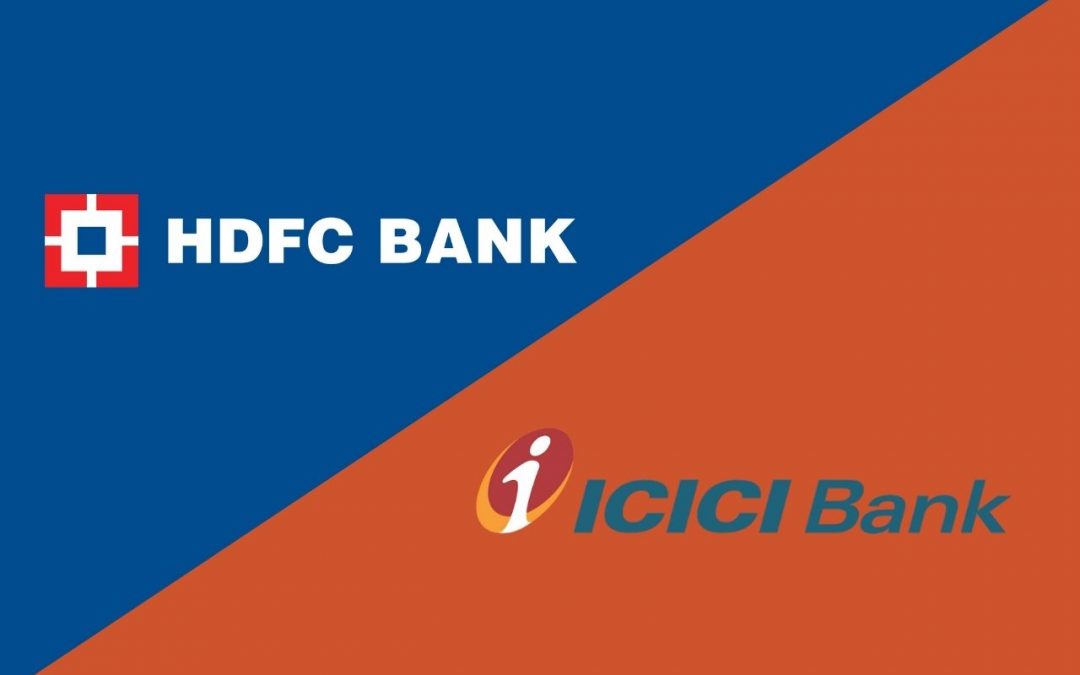 HDFC Bank vs ICICI Bank: Banks have been around since currencies were first minted around the world. Earlier, they were used as a place where coins and currencies were stored.

But that’s all biblical stories now. Today with the advent of technology, banks are doing a lot more than just store value.

In this article, we will take a look at the top two private sector banks in India i.e. ICICI vs HDFC Bank. Keep reading to find out!

The Covid-19 pandemic has resulted in significant disruptions to the banking industry in India. The pandemic resulted in the bank credit growth remaining subdued on account of a lack of demand.

Only recently, are there clear signs of credit revival alongside other green flags signaling a recovery in the economy? This was facilitated by favorable liquidity conditions and a gradual unlocking of the economy.

HDFC Bank is one of India’s leading private banks and was among the first to receive approval from the Reserve Bank of India (RBI) to set up a private sector bank in 1994.

ICICI Bank Ltd. is an Indian multinational bank and financial services company that was established in 1955.

It offers a wide range of products and services for corporate and retail customers in the areas of investment banking, life, non-life insurance, venture capital, and asset management.

Let us have a look at the finances of HDFC Bank vs ICICI Bank:

Interest earned by a bank is concise to be one of the main sources of their revenue. In the last 5 years, both HDFC bank and ICICI bank have shown a growing trend in their income.

Gross Non-Performing Assets refers to the sum of any unpaid debt, which is classified as non-performing loans. This is an important metric used to analyze the position of a bank.

The lower the ratio the better the health of the bank. ICICI has a significantly higher ratio than HDFC.

CASA ratio of a bank is the ratio of deposits in current and saving accounts to the total deposits. Over the years, both the banks have been able to maintain the ratio at par with each other.

HDFC Bank vs ICICI Bank – How Much Are Investors Earning?

The return on equity ratio is calculated by dividing the net income of the bank by the shareholders’ equity.  The average 5 years ROE of HDFC is 17.39% which is higher than that of ICICI bank which has a 5-year average of 10.05%.

ROA ratio is used to determine how efficiently a company uses its assets to generate a profit. As per the consensus, an ROA of 1% or more is considered satisfactory. HDFC has a 5 year average of 1.87% whereas ICICI has 0.95%.

HDFC Bank vs ICICI Bank – How Does The Valuation Of The Company Look?

The P/E ratio is a metric that lets investors know how much the company is earning in relation to how much they are paying. The sectoral PE is 29.80. The 5-year average PE of HDFC is 24.43 while ICICI has a 5 average of 28.66.

The P/B ratio is used to compare a firm’s market capitalization to its book value. Over the years, HDFC bank has maintained a higher ratio than ICICI bank.

HDFC Bank vs ICICI Bank – Shareholding Pattern of the Company

Future Prospects Of The Company

HDFC Bank Ltd: The bank has a focus on creating new growth engines by expanding into new business verticals and delivery channels.

Along with that, it is also focusing on innovating its services by leveraging technology. They recently launched Project Future Ready to catalyze, create and capture the next wave of growth.

ICICI Bank Ltd: The Bank has expanded its mobile banking app, iMobile, to iMobile Pay which offers payment and banking services to customers of any bank.

Apart from that, the bank is also focusing on creating a robust banking ecosystem by forging multiple partnerships. It has plans to leverage technology to grow while optimizing its cost.

Banks in India have for the past several quarters seen muted corporate credit growth as well as retail credit growth.

However, the banks are now recovering from the stressed situation and moving to the pre-pandemic levels. That’s all for this article on HDFC bank vs ICICI Bank.

Have you invested in either of the bank stocks? Let us know in the comments below!