What is Hindsight Bias? And How you can avoid it?

Hindsight Bias Definition and Explanation: How many times have you caught yourself or others throwing around the term “I knew it would happen” or ” I told you so” after an event has occurred? This could be post cricked matches or when the villain is finally revealed in a movie or even in the investment world.

Today we’ll cover Hindsight bias and take a look at this “knew it all along with phenomenon” from an investment perspective and the dangers it may pose to you.

What is Hindsight Bias?

Hindsight Bias or Creeping Determinism is a common misconception where people refer to past events and assume that these events are more predictable than they actually were.

Here the individual would claim after the event that he/she knew the outcome of the event before it actually happened. This leads an individual to believe that they could possibly possess a special talent when it comes to predicting the outcome of similar events in the future. 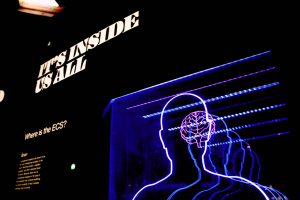 These biases have affected humans throughout history where even historians would be biased when it came to describing the outcomes of battles as they let the knowledge of the outcome influence their description. This bias has been noticed in various situations that include politics, scientific experiments, sporting events, etc.

Although the phenomenon was prevalent, studies only began in the 1970s when psychological research emerged on the topic which soon went on to be studied in behavioral finance. Researchers believed that this bias occurs as our brain tends to draw connections anytime we learn something new with all the other information that we already know. This leads us to look for patterns prior to every result.

People tend to distort or even misremember their earlier predictions about an event.

When individuals go back and understand the process that led to the event they feel that it is easily foreseeable.

This stems from people’s belief that the world is a predictable place. Believing that if certain events occur in a certain order makes the outcome inevitable is comforting to many.

For example, if we take a look at the 2008 Recession considering the subprime loans if we were to speak to anyone in the investing world the general consensus would be that the signs were evidently making the event predictable. However, if we were to take a look at what actually happened we would find that the investors who actually tried to drive attention towards the nearing crisis were either ignored or laughed at. Financial bubbles are generally subject to hindsight bias.

How does it affect investors?

Hindsight bias has the ability to affect our investment decisions just as the bias would affect our predictions in other aspects be it cricket matches etc. Investors are put in a pressured environment when surrounded by stocks. This is because missing potential purchases or making bad stock investments generally involves sacrificing years of accumulated wealth. This further pressures them to accurately time stocks always.

In adverse conditions when their stock investment may have declined they may even look back and convince themselves that they saw it coming. This is particularly dangerous because if similar patterns repeat themselves in the future they make take decisions based on their faulty predictions which are not backed by research.

This can be dangerous as even if they might be right due to luck they may go on believing that they earned that success. It may lead to them being overconfident with the belief that they possess foresight or intuition. This may encourage them to take up unnecessary risks in the future which may be destructive for the investor. 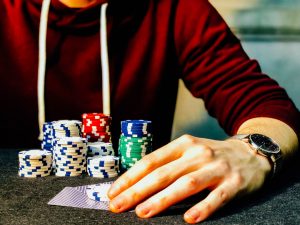 How can investors avoid Hindsight Bias?

Investors can avoid being trapped by their own psyche by following some simple remedies:

1. Taking decisions based on research

Sticking to objective analysis presents the investors with the pros and cons. Based on these the investor may go ahead and take the most appropriate decision.

2. Envision both the best and worst possibilities.

Investors with hindsight bias already look at the profitable future they may have based on their decisions. Generally, when we are looking at a favorable future we look for information that fits this narrative. Researchers Roese and Vohs suggested that in order to counteract this bias one may consider mentally reviewing potential negative outcomes as well which would allow people to gain a more balanced view. Envisioning the negative also helps us plan for the unexpected.

Investors can maintain an investment diary. Here the investor should map all the investment decisions, the reasons behind these decisions, and their respective outcomes. This would also help the investor learn from both his mistakes and his successful investments. In addition, this also rationalizes investments better as it would help keep our emotions out and our confidence in check keeping them grounded.

Coffee Can Investing: Does This Approach Work?

But being aware that we have this bias is the first step to bettering ourselves. This introspection allows us to improve and possibly even implement the remedies stated above potentially avoiding investment mistakes.