A Brief History of Stock Exchanges – How it all Started? 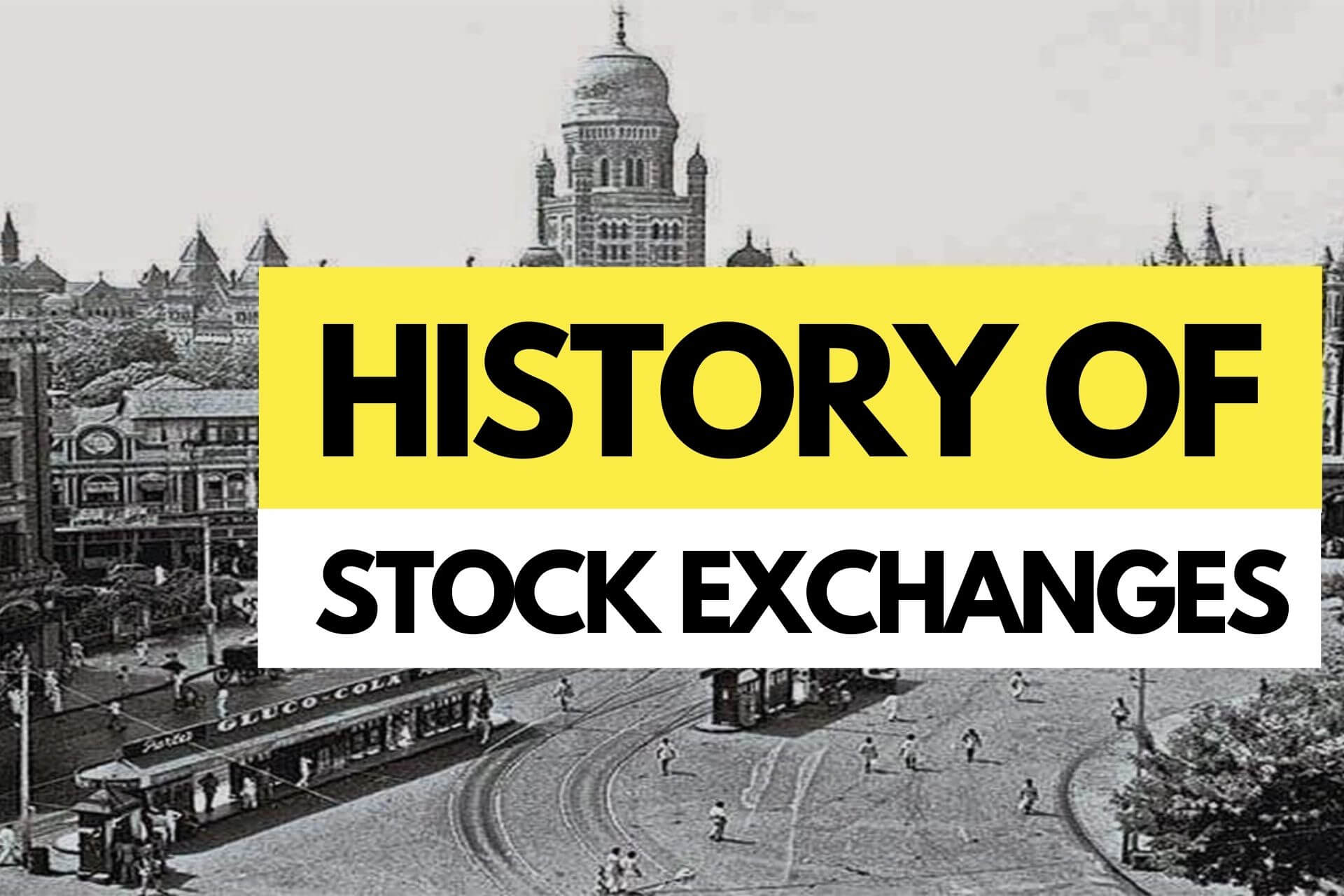 Understanding the History of Stock Exchanges: The total market capitalization of all stocks worldwide was approximately US$70.75 trillion as of December 31, 2019. There are 19 exchanges around the world that have a market capitalization of at least $1 trillion. It should not come as a surprise that these markets which are an important source of finances have been around for centuries.

Today we take a look at the humble beginnings of these stock exchanges which made them what they are today. Here, we’ll look into the History of Stock Exchanges in world, how it all got started, and some key events related to stock exchanges. Keep reading.

History of Stock Exchanges in World 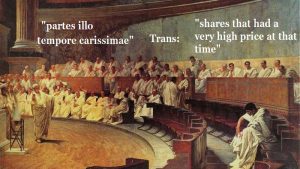 Despite there being many examples of financial instruments through history the first formal stock markets didn’t exist until the 1500s.

Records have shown evidence of share trading back in ancient Rome, but no considerable secondary market existed then. In the 12 century, the French created a system called the courtiers de change in order to manage agricultural debts throughout the country on behalf of banks. Individuals here traded debt in the system. 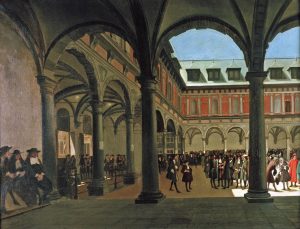 It is widely regarded that the world’s first stock market system was in the Netherlands in a city called Antwerp in 1531.

Brokers and moneylenders would meet in a commercial center that was home to the influential Van der Beurze family and deal with promissory notes and bonds. As a result, the first stock markets were called Beurzen. The first significant and formal stock exchange was the Amsterdam Stock Exchange created in 1602. Most importantly it had what the market was missing so far – Stocks!

Unfortunately, the history of stocks is linked to our painful past. In the 1600s the Dutch, British, and French governments all gave charters to companies with East India in their names. This was done so that these companies could discover what Europeans then called the “New World”. Trading here was big business but unfortunately, this was at the expense of the East Indies and Asia.

The Dutch East India Company became the first company to issue corporate bonds and stock to the public. This was done because the voyages to bring back goods from the East were extremely risky due t the weather and also due to pirates. Shipowners in an attempt to reduce their risk would seek investors for a single voyage.

If the voyage was successful hen the investors would receive a percentage of the proceeds. Investors would spread their risk by investing in multiple ships at a time. With the formation of the  Dutch East India Company investors no longer had to invest in multiple voyages but one could invest in the company. 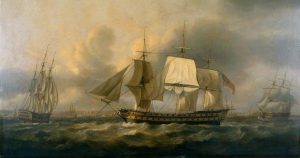 The East India companies were the first modern joint-stock companies.  The royal charters also meant that competitors were not allowed further attracting investors. The companies with the added capital from stocks could now build larger fleets. These factors increased the demand for their stocks.

This form of business was successful and it was soon copied by countries with strong navies.  France, Netherlands, and Portugal issued similar charters. It soon made its way to England. 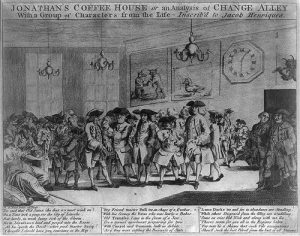 Shares of the various  East India companies were issued on paper and investors would sell them to other investors. But as there was no stock exchange present in England at the time an investor would have to track down other investors through brokers. Brokers generally did their business in various coffee shops around London.

One of the first shops to take them in was Jonathan’s Coffee House. Several other coffee houses too began taking in the stockbrokers along with their customers. These shops even posted the securities on their boards and visitors were allowed to trade these securities. The area where populated with these coffee shops soon came to be known as Exchange Alley in the 1700s. One of them called Lloyds Coffee Shop has today become one of the world’s largest insurance underwriters.

Soon people realized that it would be better if they could meet at a common place where they would only trade stocks instead of buying coffee too. Brokers soon took over the coffee houses and named them ‘stock exchange’.

This also made its way to its colonies like America where the first exchange was set in Philadelphia in 1790. This also led to the creation of the London Stock Exchange in 1801.

Although there existed very few companies in the 1800s the stock market was still inflated. As the East India companies were given charters it was impossible for new companies to compete. This made the British East India Company a monopoly and a financial success.  Investors soon began to receive huge dividends and began selling their shares a high prices.

During the period the  South Seas Company (SSC) was granted a charter by the king. Investors who had earlier noted the success of the East India Company and pounced at their securities as soon as they were listed. The SSC had made fortunes before even setting out on its first voyage. They used this fortune to open offices in the best parts of London.

Soon other businesses also began taking advantage of the unregulated system by opening ludicrous companies. These businesses that reclaimed sunshine from vegetables and a company that convinced its investors that its purpose was so important that it could not be revealed.

Soon the bubble burst and companies like the SSC failed, leading to a crash. This resulted in the government banning the issue of shares until 1825.

Security trading first began in the 1700s when the East India Company traded in loan securities. Trading of shares took place amongst 22 brokers in the 1850s under a Banyan Tree in Bombay. The tree still stands and is today called the Horniman Circle.

The brokers traded in Bank and Cotton press stocks. The venue later shifted to banyan trees at the Meadows Street junction, which is now known as Mahatma Gandhi Road. As the brokers increased the informal group known as the Native Share and Stockbrokers

Association organized themselves as the Bombay Stock Exchange (BSE) in 1875. This led to the exchange being set up in its final location at Dalal Street. This also made the BSE the oldest stock exchange in Asia.

In this post, we looked into the history of stock exchanges in the world and India. Today, stock exchanges are present all around the globe and are pillars to every developed and most developing economies. They have come a long way from a few brokers meeting in coffee shops to today where they are virtually available everywhere.