Fintech Watchlist: 10 Indian Fintech Startups to Watch Out For in 2022! 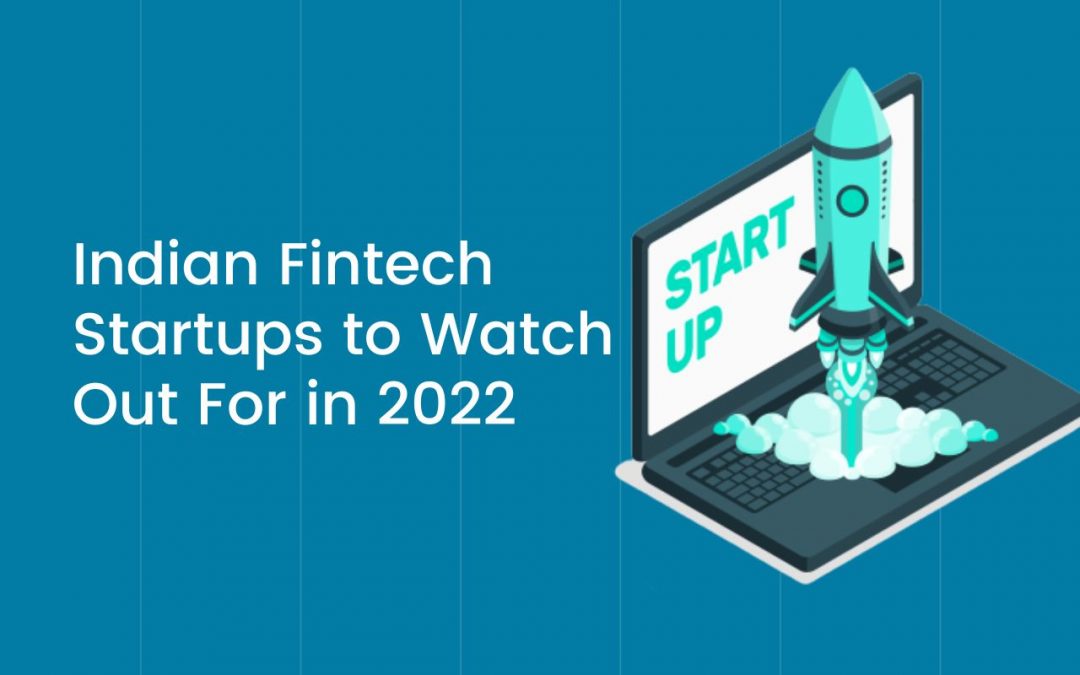 List of 10 Indian Fintech Startups to Watch Out: The technological advancements of the last decade have ensured that one would find it hard to survive without a phone today. And one of the biggest game-changers in the modern world has been the Fintech industry. In this article, we take a look at the top Indian Fintech startups to watch out for in 2022.

Indian FinTech Startups to Watch Out For in 2022

According to Investopedia, Fintech is used to describe new tech that seeks to improve and automate the delivery and use of financial services. Almost every smartphone user today will definitely have some app that makes the financial aspects of his life easier. But we’re always on the lookout for the next Paytm. So here’s a list of some of the top Indian Fintech startups to watch out for this year.

Applying and actually receiving loans in India could be a horrible experience thanks to the multiple roadblocks placed in the process. MoneyTap addresses this problem.

The startup uses its app to provide quick and hassle-free credit of up to Rs. 5 Lakh at interest rates starting 13% per annum. The app mainly caters to the salaried middle class earning Rs. 25,000-50,000 per month.

As long as one qualifies the basic limit set all he needs is a smartphone and his PAN card. The app then uses its inbuilt AI to assess the creditworthiness of the individual. This process takes only a few minutes.

The company does this in partnership with banks and also offers credit cards, personal loans, consumer loans, and other EMI financing options.

MoneyTap has raised  $40.3 million according to CrunchBase and is currently present in over 70 cities across the country and has already entered the SouthEast Asian and Middle-Eastern markets. They are currently planning to further expand within the country to enter Tier 2 and Tier 3 cities.

PolicyBazaar was founded in 2008, by  Yashish Dahiya, Alok Bansal, and Avaneesh Nirjar. The startup started out as a platform for users looking for insurance products which also allows them to compare and select the best.

The startup then expanded into an insurance marketplace allowing its users to purchase insurance policies online. Today Policybazaar.com is now Indias largest insurance aggregator with a 90% market share in third-party online sales and one of the world’s top fintech players.

The company is backed by SoftBank’s Vision Fund, Tiger Global Management, and Tencent Holdings and has raised over $766.6 million in funding according to CrunchBase, valuing it at $3.5 billion.

ZestMoney was founded in 2015 by Lizzie Chapman, Priya Sharma, and Ashish Anantharaman. The startup aims at providing users with a lack of credit history access to credit cards and other financing options. The company uses its digital platform, AI technology and to make this possible.

Their contributions have also been recognized as the company was named the 2020 Technology Leader of the World Economic Forum. The startup has successfully raised $56 million.

Founded in 2015 by Vinay Bagri and Virender Bisht, Niyo is a Neo Bank. A Neo bank is a 100% digital bank that operates only through online platforms and apps without having any physical branches like traditional banks. Niyo claims to be India’s first Neo Bank. Know about Neo banks and their future in India on our blog.

Currently the largest Neo banking platform in the country they offer co-branded prepaid credit cards, saving accounts with debit cards in partnership with banks. These include the IDFC First Bank, ICICI Bank, Yes Bank among others.

The company has grown to employ over 800 personnel and has raised $49 million in funding so far.

Razorpay is a mobile payments solutions startup founded in 2013 by Harshil Mathur and Shashank Kumar. The company provides its users with a platform to receive, process, and disburse payments.

RazorPay has managed to achieve a stellar 35% monthly growth rate and expects to increase its business partners to 15 lakhs this year.

Pine Labs was founded in 1998 by Lokvir Kapoor, Rajul Garg, and Tarun Upaday. The company offers point-of-sale machines and solutions to merchants.

Today the companies cloud-based technology powers over 350,000 point-of-sale machines in more than 3,700 cities all over the country.

The company has also enabled Near Field Communication (NFC) through its app. This allows users to make secure transactions by transforming their phones into a card machine also allowing Tap n Pay cards.

The company has raised over $207 million and is currently a unicorn.

LendingKart was founded in 2014 by Harshvardhan Lunia and Mukul Sachan. It is an online financing company that provides working capital loans and company loans to small and medium-sized businesses throughout India.

The company has focussed on making the process quick and flexible with minimal documentation without the requirement of any collateral. The company has so far raised $257.5 million in funding.

The app provided allows businesses to maintain accounts digitally. The startup has reached out to 8 million merchants so far and has raised $111.5 million in funding.

Founded in 2018 by Kunal Shah, CRED allows its users to make credit card payments through its app. In return, the company offers rewards to its users.

The company has also introduced short-term credit facilities. Although the company was founded in 2018 it is already a unicorn.

CRED has raised $471.2 million in funding and is currently the official partner of the Indian Premier League.

Founded in 2015 by Akash Sinha and Reeju Datta, as a payment gateway. Cashfree specifically focuses on bulk payout solutions for businesses in India.

The company helps over 50,000 businesses in the country to make and collect payments. The company processes transactions worth $12 billion. In addition to this, the company has maintained profitability for over 4 years.

Their customers include Cred, BigBasket, Zomato, HDFC Ergo, Ixigo, Acko, Zoomcar, and Delhivery among others. The company has raised over $40.9 million in funding so far.

How many of these apps mentioned above have you used so far? Let us know what you think of this list of Indian Fintech startups to watch out for and the prospects of the Fintech industry in India in the comments below. That’s all for this post. Happy Reading!