Kritesh Abhishek is an Indian Entrepreneur and Value investor. He is the founder of Trade Brains and FinGrad. Kritesh is popularly known for his investing blogs related to stock market that is published on Trade Brains with millions of monthly readers. 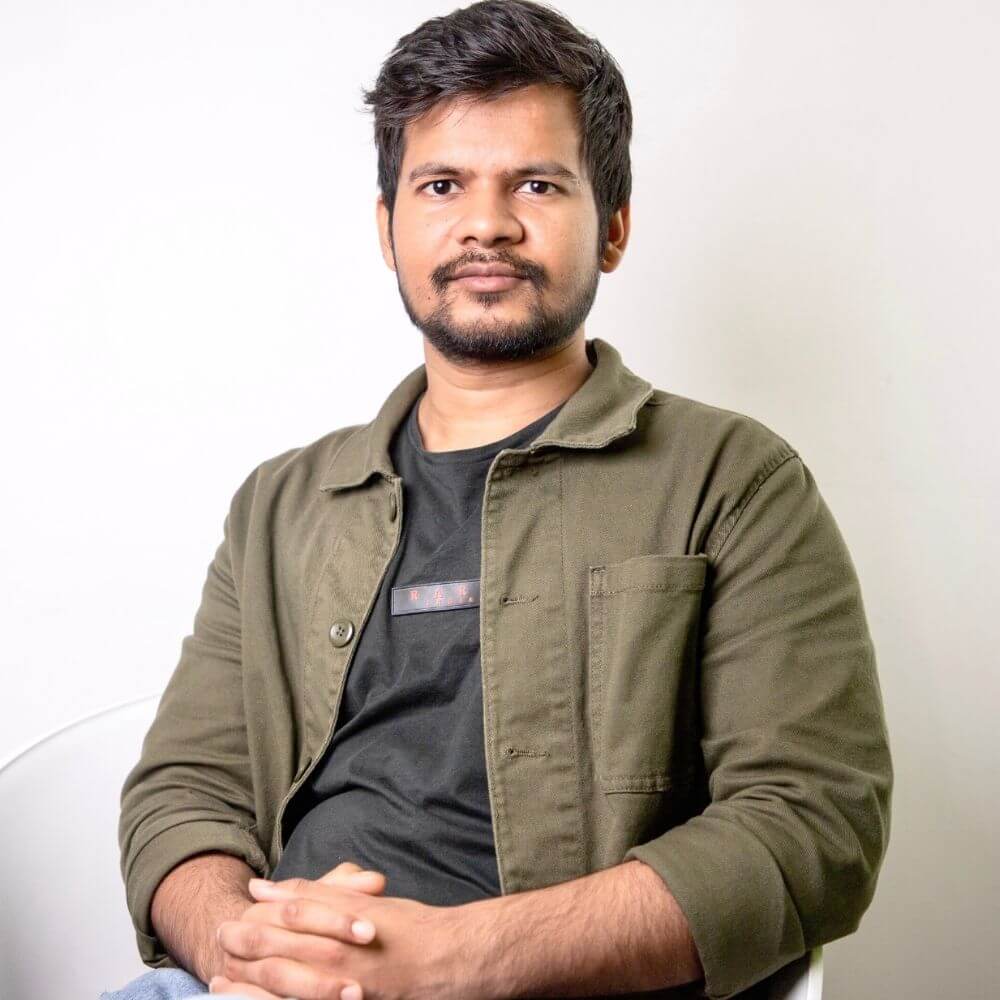 Kritesh Abhishek was born on 2nd February, 1995 (age 27 years; as of 2022). He completed his schooling at Ganga International School, New Delhi. He then studied Electrical Engineering (2012-2016) from National Institute of Technology, Warangal, Telangana. After graduation, Kritesh worked as a Manager at Tata Motors, Pimpri Pune plant for approx one and half years, before founding Trade Brains.

Kritesh got involved in entrepreneurship in the second year of his college, when he along with his five other college friends started an entertainer website. Though the website got a lot of traffic and attention, however, they had to shut it down later because they were not able to generate enough revenue.

In the same year, Kritesh also got introduced to stock market through a friend. He got extremely interested in investing and started following stock market since then. Kritesh started reading Stock Market Books to learn more about how market works and how to make money by investing in Stocks. Being an engineering student, it was difficult for him to understand the finance and investing concepts. However, over the next two years till graduation, Kritesh became adept in stock market knowledge.

In the final year of his engineering college, Kritesh also got placed in Tata Motors through campus placement.

After Graduation, Kritesh going Tata Motors, Pimpri Pune plant as Graduate Engineering Trainee. After one year, he was promoted to Manager role in Product Quality Department. However, Kritesh always wanted to pursue entrepreneurship and build his startup in the Stock Market domain. Therefore, after approx. one and half year of working at Tata Motors, Kritesh quit to chase his entrepreneurial goals. 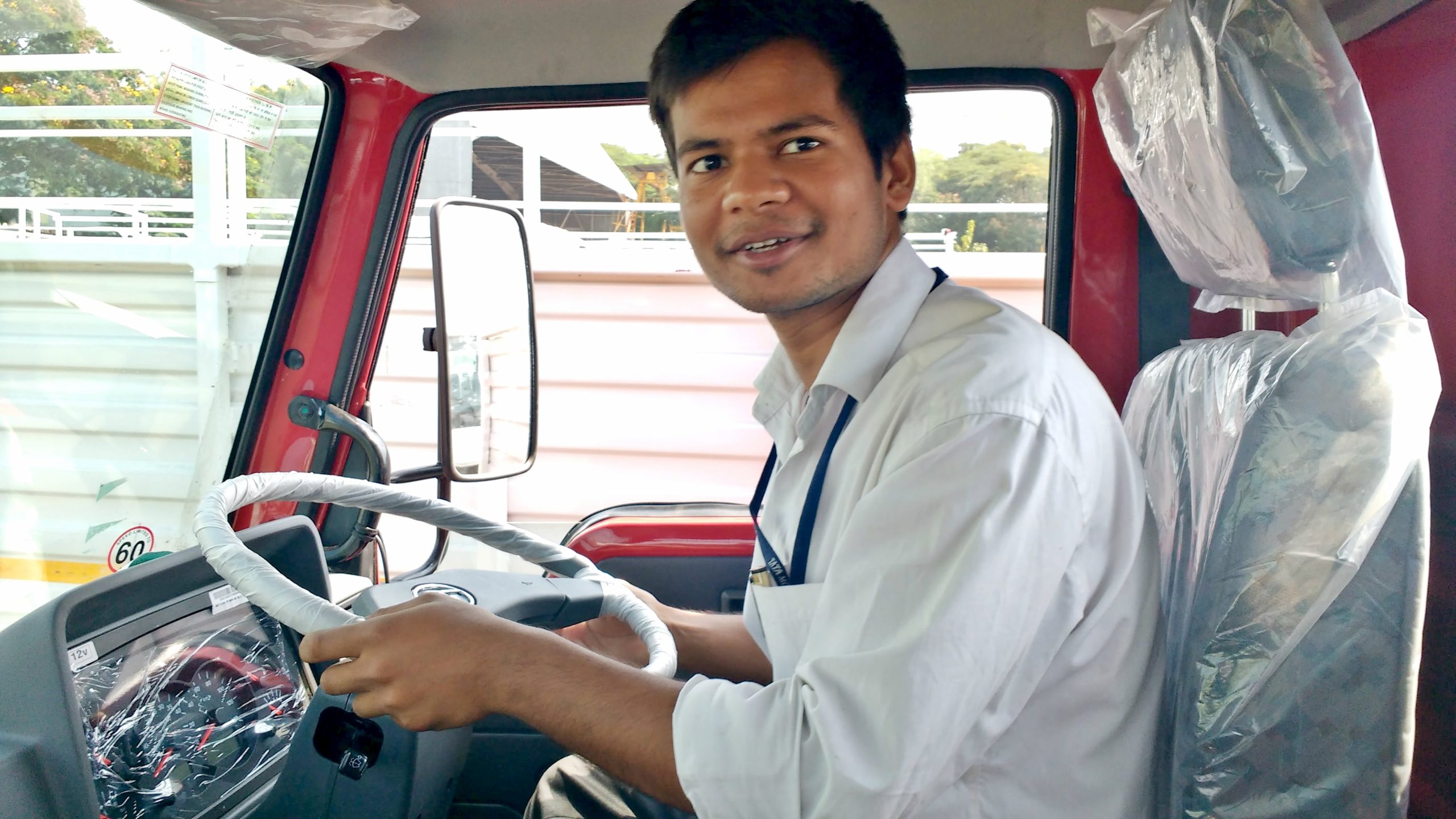 During his employment at Tata Motors, Kritesh started writing a few investing blogs on Trade Brains, as a side hustle that later became his full-time venture. Kritesh founded Dailyraven Technologies in 2018 after quitting his job from Tata Motors, which later became the parent company of Trade Brains.

In order to take next step in growing Trade Brains, Kritesh moved from Pune to Bangalore to build his startup team. He took his first office in Wework, a coworking space in 2019 and hired four employees in the same year.

However, in 2020, pandemic happened. Although pandemic was a difficult time to run a startup, and many startups were shutting down during this time. However, the impact of Covid on Trade Brains was quite the contrary. Kritesh reveals that the pandemic helped in aiding the growth and expansion of the venture as the stock market participation boomed during this time period and brought massive traction to their pre-existing site. Therefore Covid played a key role in driving traffic for the website.

In an interview, Kritesh revealed, “I had always been inclined towards entrepreneurship since my college days. After being associated with Tata Motors, I invested my savings in the stock market and earned a sizable return on the same. However, it was not a go-to option exercised by my colleagues which is also true for more than 90% earning population of the country and that’s when I decided to start my entrepreneurial journey with Trade Brains. It initially started as a side hustle with just me writing blogs to educate the general public about the basics of the stock market but now we have a team of 30+ individuals who work across multiple functions. We have progressed extensively and have reached lakhs of people in India.” 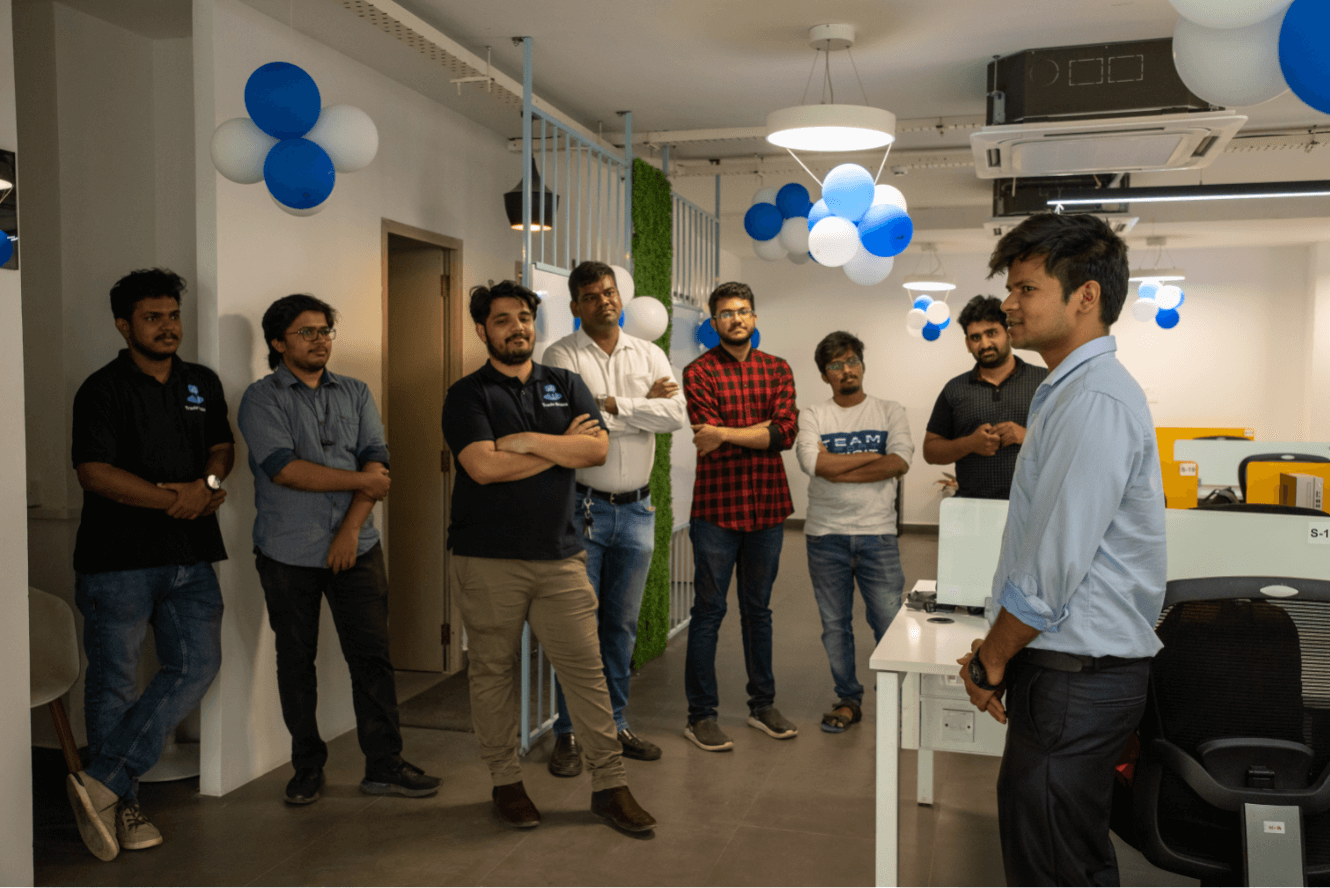 After the success of Trade Brains, Kritesh started focusing on building his learning platform aimed to provide a one-stop destination for all financial knowledge requirements. In April 2022, Kritesh launched FinGrad, a platform that offers multiple courses as well as webinars conducted and executed by stock market experts and financial educators.

The platform has several areas of study to comprehensively understand the stock market, IPO, bonds, mutual funds, personal finance, insurance and other key financial aspects. FinGrad aims at resolving the key issue of limited financial information, especially in the field of the investing.

When asked about FinGrad in an interview, Kritesh explained, “Every financial enthusiast should educate themselves first before entering the market, in order to correctly invest or trade and make consistent returns. With FinGrad, we are trying to spread financial literacy in a more comprehensive and systematic approach.” 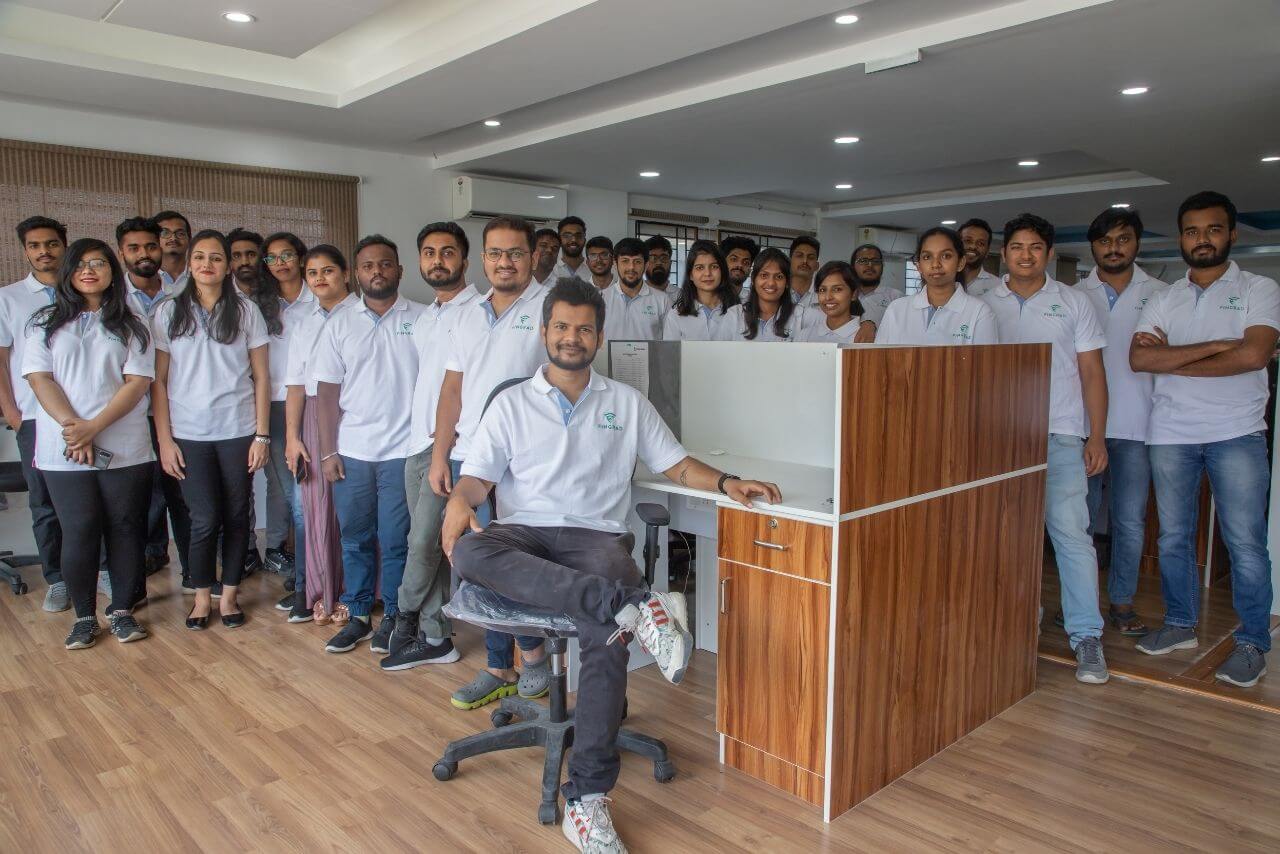 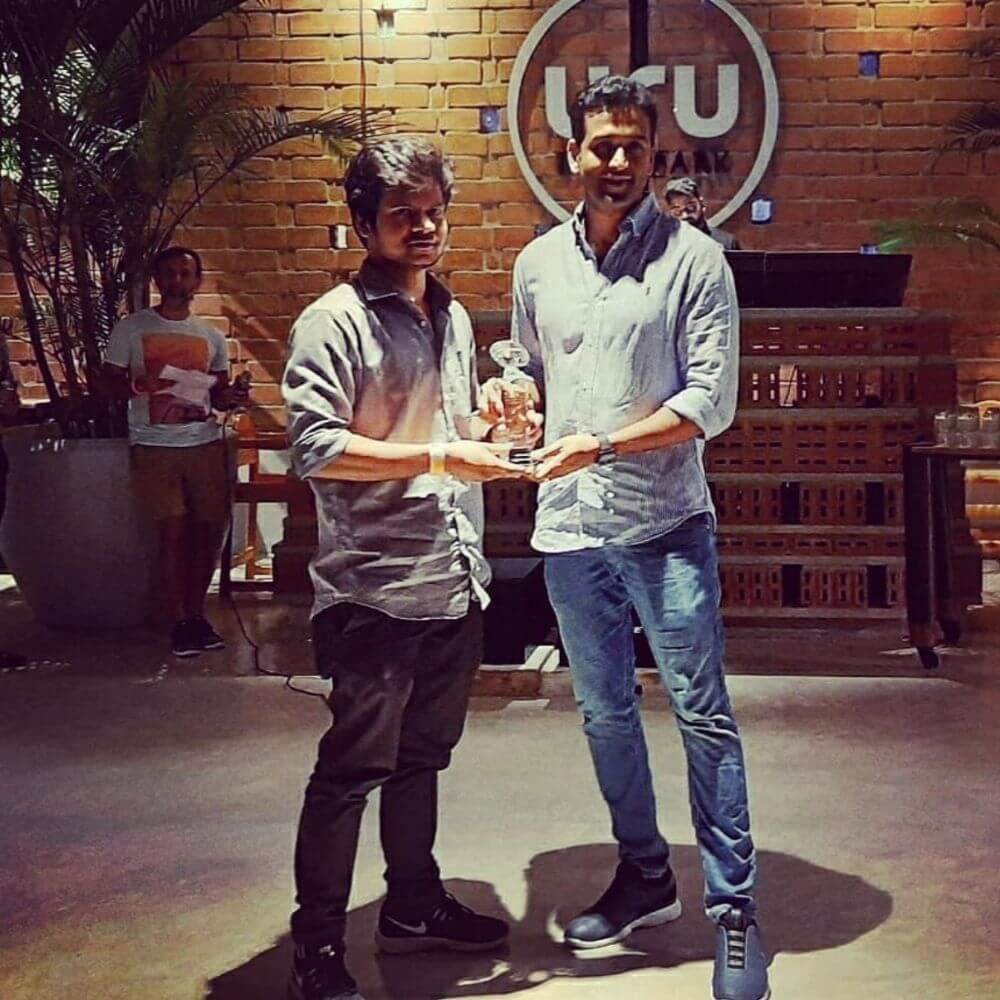 Kritesh had interned in Singapore for three during his third year of engineering (2015) as Summer Research Intern at National University of Singapore.

Saying No to US for the "Entrepreneurial Dreams"

After College, Kritesh initially wanted to pursue Masters in Science (MS) from US. He gave GRE and TOEFL exams, and got admitted in New York University (NYU) and seven other prestigious colleges in United States for masters. However, later Kritesh decided not to go for masters in to order work on his entrepreneurship goals in India.

Kritesh Abhishek - a face who brought a change in DIY Investing