Mahindra Motors Vs Tata Motors – Which Stock To Drive Into Your Portfolio? 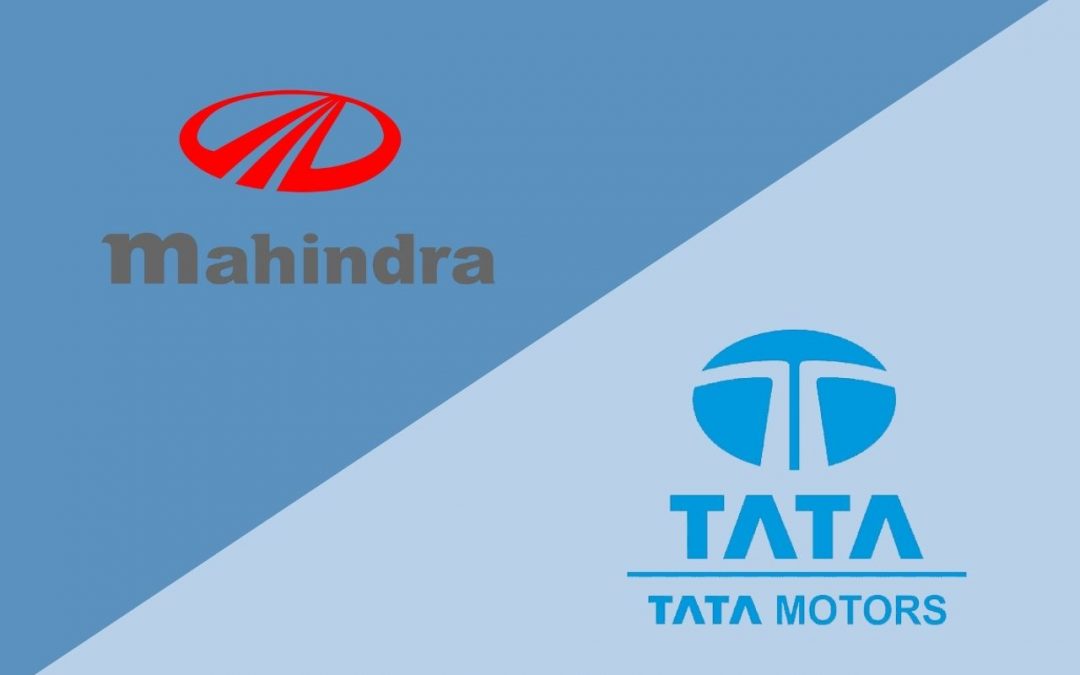 Mahindra Motors Vs Tata Motors: Is the Indian automotive industry on the path to recovery? The industry has not only suffered the brunt of the covid 19 pandemic but also the subsequent events brought along with it.

From lack of demand to global semiconductor shortage, the companies in the industry have been resilient. In this article, we will take a look at two of the biggest players in the segment, Mahindra Motors Vs Tata Motors.

India’s Automotive Industry is worth more than $100 bn and contributes 8% of the country’s total export and accounts for 2.3% of India’s GDP and is set to become the 3rd largest in the world by 2025.

Currently, India holds multiple ranks in the automotive industry. It is the world’s largest tractor manufacturer and second-largest bus manufacturer in the world.

It holds the first rank in manufacturing two-wheelers and three-wheelers in the world. In fact, the sector is expected to account for 65 million new jobs within India by 2026 as compa­nies increase production.

In an attempt to push the industry, the Union Cabinet announced the Production-Linked Incentive (PLI) Scheme worth Rs 25,938 Cr in the Automobile and Auto Components sectors.

Mahindra & Mahindra Ltd. is the flagship company of the Mahindra Group. Their core business is mobility products and farm solutions.

Shares of the company are listed on NSE BSE, Bourse de Luxembourg, and London Stock Exchange. It has a market capitalization of Rs 103,620.10 Cr.

The company has a global presence in countries like the UK, South Korea, South Africa, China, Brazil, Austria, and Slovakia through a strong network of subsidiaries.

The revenue earned by both companies has declined in the last few years. Supply chain disruption, shortage of semiconductors globally, and lack of demand among others are the key reasons for the decline in the numbers for both companies.

The 3-year average ROE for Tata motors is negative 25.77% because the company has been making losses for the last 3 years. M&M’s ROE has been positive for the last three years with an average of 3.11%.

The net profit margin of M&M is also higher than Tata Motors as the former has a margin of 1.09 and the latter has -6.33%.

M&M vs Tata Motors- Valuation of the companies

The P/E ratio can be negative if the company has posted a loss for the financial year. That is the reason why Tata motors have had a ratio of 0 over the last 3 years. On the other hand, M&M has a high P/E ratio of 48.71.

The P/B ratio establishes a relationship between the market cap of the company and the value of its total asset. A lower ratio is considered ideal by the investors.

Mahindra was among the pioneering Indian automakers in terms of EVs with its acquisition of a majority stake in homegrown EV maker Reva back in 2010.

It has a subsidiary known as Mahindra Electric Mobility Limited, which is dedicated to designing and manufacturing compact EVs. In 2016, it launched the electric version of its sedan Verito—eVerito, the production of which has now shut down.

Tata Motors is the market leader in the EV segment in India. The Tata group has forged alliances across all the companies under them to create the Tata Uni’EV’erse.

Their long-term automotive strategy is to build a strong, sophisticated, and authentic SUV brand with an unmissable presence and advanced adventure-ready capabilities.

Tata Motors: The EV market leader has several plans for the coming future.  Jaguar Land Rover is targeting 100% zero tailpipe emissions for the portfolio it sells by 2036. Jaguar will become fully electric by 2025.

In this article, we looked at two of the biggest companies dominating the automobile industry in India. This gives us a comprehensive overview of the business of both companies.

However, their future prospects depend on the road taken by each of them. That’s all for this post on Mahindra Motors Vs Tata Motors.

Which one is your favorite company? Let us know in the comments below.