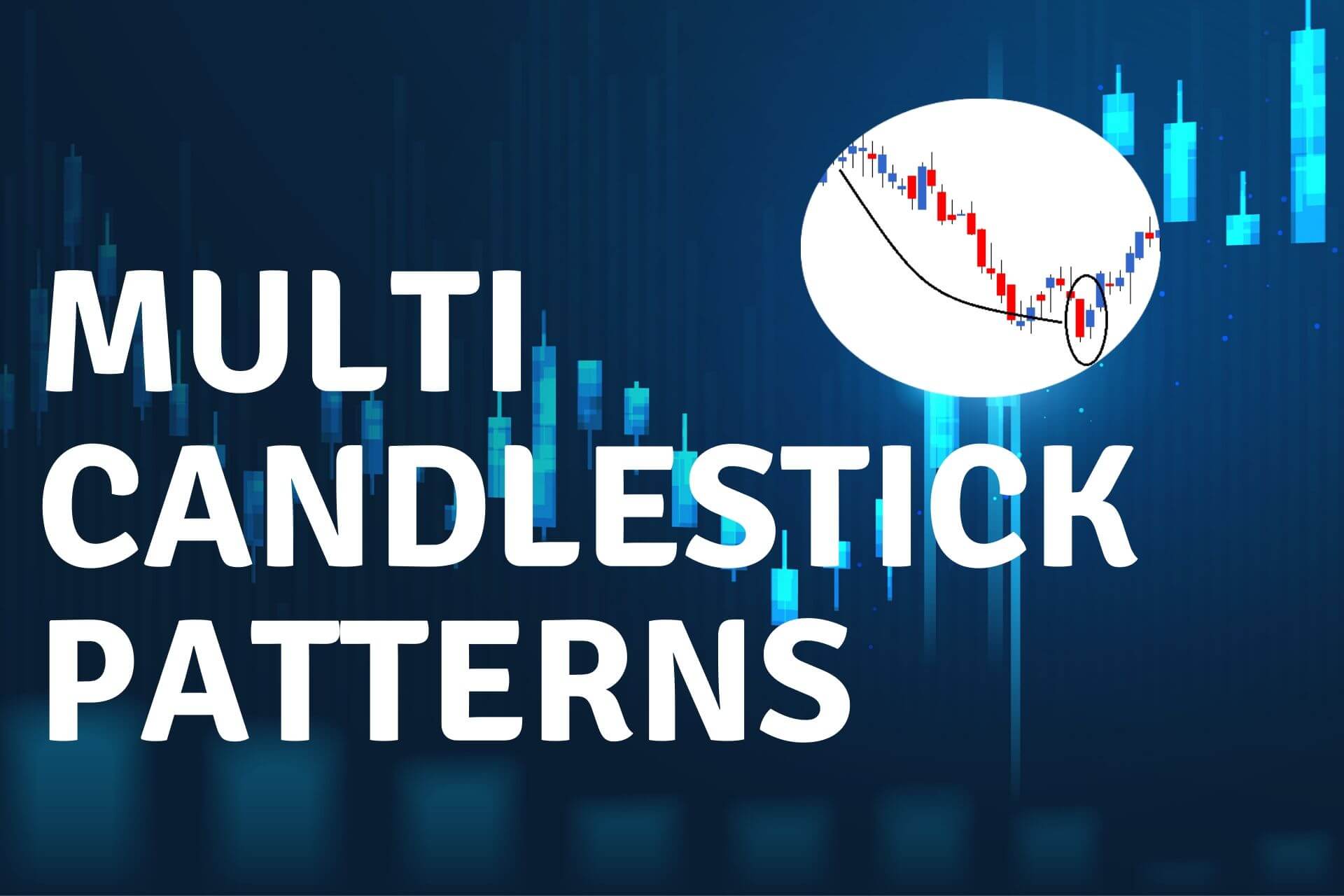 Multi Candlesticks Patterns: Hi traders! In the previous article, we discussed the various single candlestick patterns and their importance in understanding the pricing patterns. Here, in this article, we will be talking about various multi candlesticks patterns.

These are patterns generated by a series of prior candles. Single candlesticks patterns along with multiple candlestick study goes a long way in understanding and giving better trade signals in the market.

Here are a few characteristics

In the figure above we see bearish trend prior to the engulfing green candle. Once the engulfing pattern took over, we saw a long bullish trend. One important point to observe here is that the engulfing candle attempts to continue bearish pattern but constant buying and rejection at lows brings in more buyers and ultimately the candle closes green.

The trades to be taken here depends on one’s risk appetite. A risk-taker will execute the trade on the day the trend is made but the risk-averse will wait for confirmation and execute his trade the next day. The Stop loss for this trade has to be below the body of the engulfing candle. In the figure above, the trader with both kinds of a risk appetite would have made a substantial profit.

As the name suggests, the bearish engulfing pattern gives an opportunity for short trades. The prior pattern here has to be a bullish one and the engulfing pattern candle should also give an indication of continuing bullish pattern but due to constant selling pressure, the sellers eventually take over and the candle closes red. The engulfing red candle has to bigger than the prior green candle.

The buying pressure gets exhausted by constant selling. It is advisable to exit long trades when this pattern happens and enter fresh short trades. The risk-taking trader enters short trade on the same day while the risk-averse trade waits for the pattern confirmation and enters into trade the next day. The figure shown below is a classic example of Bearish Engulfment with the engulfing body bigger than previous green candle and substantial bearish trend post that.

The Piercing pattern is very similar to a bullish pattern with a minor difference. In the case of the piercing pattern, the size of the green candle should be between 50-100 % of the red candle. Say if the size of the red candle is of 100 points, then the piercing candle length should be more than 50 points but less than 100 points. This candlestick pattern has a similar characteristics like Bullish engulfing but the confidence level on trades via piercing pattern is little lesser compared to bullish engulfing.

I know what comes to mind when you hear the word ‘Harami”. But Harami here is a Japanese word meaning Pregnant. This is generally a trend reversal pattern. The first candle is a big one followed by a candle with a small body. And the color of the second candle is generally different from the first candle. If the second candle turns out to be a Doji candle, the chances of reversal increases.

In the figure above, we see a bullish Harami encircled. It is a two-day pattern. Following are some of its characteristics:

In the figure above, we can notice that the bearish Harami in a squared box. It is a trend reverser. The strong bullish trend is halted and a new bearish trend starts. Few characteristics of this pattern:

The Gaps are formed when the candle for the next day opens significantly opens up or below the previous day closing.

If the market gap ups, it shows buyers enthusiasm. They are willing to pay a higher price. The Image above shows Nifty gaps up and buyers are willing to pay a higher price and the momentum continues. This pattern emerges when we see some overnight positive news and the markets react with a gap up. If the share price of some company gap ups, it usually means some positive management news or good quarterly results or firm receiving some substantial orders, etc.

Similarly, in the case of a Bearish Gap down, we see the market opening below the previous day’s close and selling pressure. In the figure above we see a bearish gap down in nifty index and continued negative momentum post that.

One important thing to keep in mind is that candle gaps are more news-driven or event-based but it has a strong bearing on changing the technical set up of the market.

Following is the pattern setup:

The three white soldiers is a bullish reversal candle. The trend prior to the formation of this pattern is bearish. This trend has three green candles formed. The opening of every candle is slightly below the previous days close and it closed above the previous day’s high. One can exit their existing short positions and enter fresh longs to initiate a new trade.

A risk-taking trader can execute trade before the close of the third candle and a risk-averse can execute his trade after the confirmation of the trend. The stop loss for this trade is the low of the first candle.

Three black crows is a bearish reversal pattern. The prior trend is a bullish trend with new highs been made every day. The opening of the candle is slightly above the previous day but the closes is lower than the previous day low. Fresh shorts can be initiated with stop loss over the high of the first candle. One should keep trailing his stop losses as the trade starts to move in their favor. 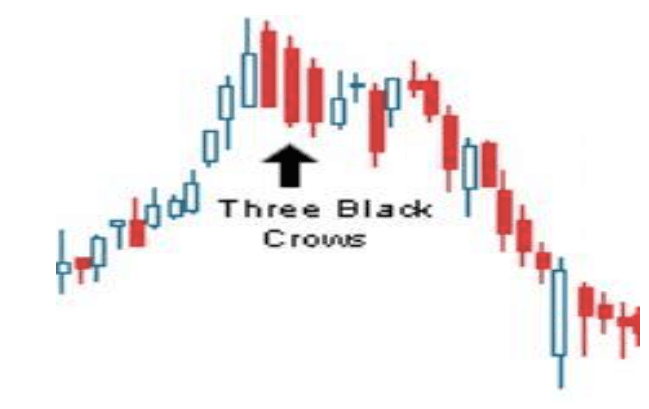 From the discussion above, we see various multi candlesticks patterns which can be useful barometers in the trade execution. There are some patterns that are frequent and followed more regularly and other not so frequent but very reliable patterns.

But by no means, these technical indicators to be followed blindly. One should see the technical factors going around and use informed judgment in executing their trade. “Happy Trading and Money Making!”