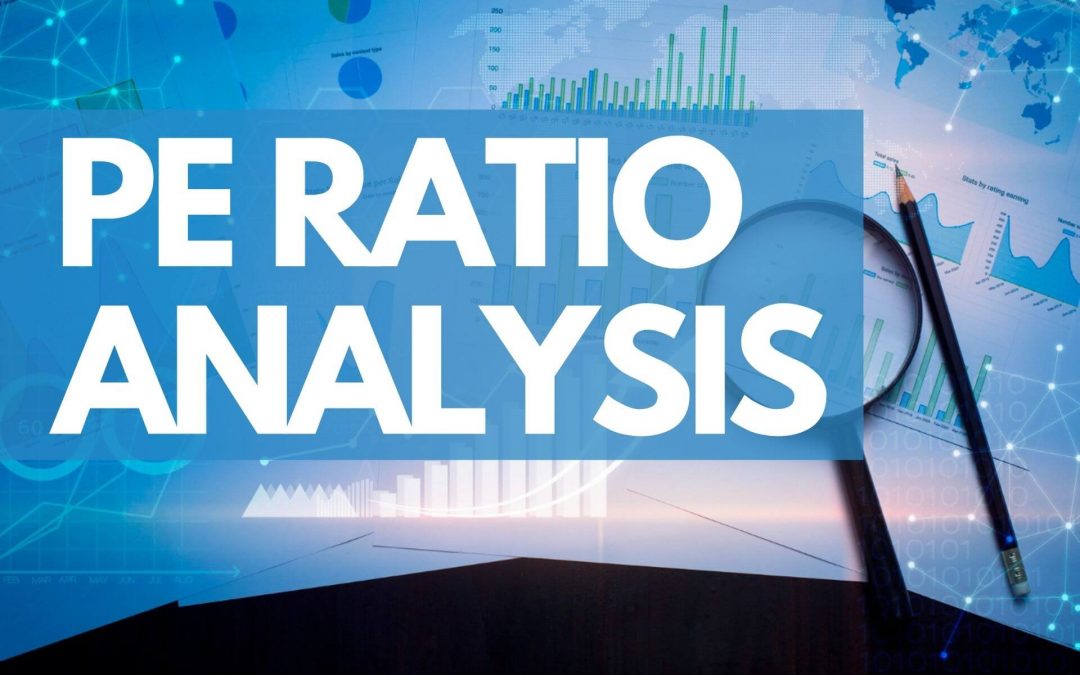 PE Ratio is one of the most widely used financial ratios for evaluating the valuation of stocks. From Benjamin Graham’s Era to the current world, the essence of the PE ratio hasn’t changed. Although the PE ratio is a simple evaluation tool for stocks, however, it can be difficult to interpret for beginners.

In this article, we are going to discuss how you can use the Price to Earnings (PE) ratio the right way for comparing stocks. Further, we’ll also be discussing how ‘not’ to use PE ratio. Keep Reading!

What is Price to Earnings or PE Ratio?

For example, Apollo Tyres is currently trading at a market price of Rs 221.80. What can you tell about the valuation of Apollo Tyres? Is it cheap or expensive?

Even if you are given two stocks and their share price, you cannot judge which one is under-valued and which one is over-valued. For example, here are the share prices of two tyre manufacturing companies:

Here, you cannot say that MRF Tyres is way overpriced just because its current market price is a lot bigger than that of Apollo Tyres.

The biggest problem while comparing companies based on share price is that the companies have different numbers of outstanding shares. The total number of shares trading for any specific company may not be the same as another company. That’s why we need more relevant tools for comparing stocks. Enter PE Ratio.

One of the simplest tools that the investors are using to evaluate stocks is Price to Earnings ratio.

From the name itself, you can explicate that it measures the market price of a company’s stock relative to its earnings. The best part is that the PE ratio of a company can be compared with that of other companies, unlike their current market price.

Here is an example of two companies- A and B from the IT sector.

In the above table, you can notice that with the same earnings, company B is trading at a higher share price. Therefore, here we can say that company B is overvalued.

As a thumb rule, while comparing the PE ratio of two companies, the company with lower PE ratio can be considered undervalued. On the other hand, companies with higher PE ratio are over-valued.

Also read:How to do the Relative Valuation of stocks?

How to calculate PE ratio?

The formula to calculate Price to earnings ratio is:

Most times, the last 4 quarters’ earnings (Trailing Twelve Months-TTM EPS) are taken as the annual EPS of a company while calculating PE. This is called trailing earnings as the past performance of the earnings is considered here.

NOTE: Trailing PE ratio is dynamic. It keeps on changing as the market stock price of the company consistently changes day-to-day. On the other hand, the earnings of the company are released every quarter.

As we are using the current market price and past earnings per share, the trailing PE ratio might show some higher value. That’s why some investors prefer ‘forward PE’ or ‘leading PE’.

Here investors use projected future earnings. The earnings of the company for the next 12 months are estimated for calculating the PE ratio here.

Further, often the investors also find the historical average PE ratio of the stock to compare it with the current PE ratio. Let’s say, you find the average yearly PE ratio for the last 5 consecutive years for a company. By comparing the current PE ratio with the historical PE ratio, you can evaluate whether the company currently has higher or lower PE i.e. whether the company is overpriced or underpriced, based on its own history.

Further, please note that there may be few companies with zero profit or negative earnings. In such scenarios, the PE ratio doesn’t exist. The price to earnings ratio is not interpretable for a non-profit making company (until the company becomes profitable).

PEG ratio or Price to Earnings to Growth ratio is used to find the value of a stock by taking into consideration the company’s earnings growth. This ratio is considered to be more useful than the PE ratio as the PE ratio completely ignores the company’s growth rate.

PEG ratio can be calculated using this formula:

As a thumb rule, stocks with a PEG ratio less than 1 or lower are considered undervalued relative to their EPS growth rates, whereas those with ratios of more than 1 are considered overvalued.

How to use PE ratio- The right way?

Theoretically, the PE ratio tells how much investors are willing to pay against per share of earnings of that company.

For example, if the PE ratio of a company is 30, it means that the investors are willing to pay Rs 30 per share, for the earnings of Rs 1. That’s why a lower PE ratio is preferred. It means that you are paying less to buy the stock of the company for its per-share earning of Rs 1.

Overall, PE ratio tells whether the company is trading at a premium or discount.

Now, you should always compare the PE ratio of the companies in the same industry (Apple-to-Apple comparison)

The average PE ratio of the companies varies from industry to industry as some industries may involve higher earnings than others. This difference in the PE ratio may be because the market values one industry more than the other, depending on its growth rate, business potential, etc.

For example, let’s compare the PE ratios of companies from two different industries.

And here is the PE ratio of companies from the Household & Personal care industry:

You can notice here that the PE ratio of most of the companies in Oil and gas industry is less than 15 (Except Reliance that operates in Multiple Businesses) and that of FMCG & Personal care is greater than 50.

Therefore, if you compare the PE of a company from the Refinery industry to that of another company in the Personal care industry, you will always find the oil and gas company cheaper. If you follow this apple-to-orange comparison approach, you will never be able to buy ‘apples’. That’s why PE comparison should always be in the same industry.

Further, there’s no universal thumb rule for the PE ratio. For example, you cannot consider companies with PE less than 25 as undervalued in all Industry. For some industry, the average PE might be less than 25 and for others, the average might be greater than 25.

While comparing PE ratio, low PE doesn’t ALWAYS mean that the company is a good investment.

There may be some valid reasons why the market is hammering that company. For example, the company’s business might be declining. Or the investors can notice financial trouble for the company in future. Further, there might not be any growth opportunity for that company, and that’s why investors are disliking the company and it is trading at a low PE. Low PE ratio might be considered as a discount. However, discount products are not always good.

Further, for a high PE ratio company, the investors might be looking at a high growth in the future and increase in earnings of the company. That’s why they might be willing to pay a premium to buy that stock. As mentioned earlier, the biggest drawback of using the PE ratio alone is that it doesn’t consider the growth aspects of the company.

PE ratio is a simple and effective fundamental tool that gives a lot of information about the company’s valuation. However, there are a few drawbacks when using the PE ratio as a single deciding factor while investing in stocks.

While evaluating the PE ratio, always compare the PE of a company with the other companies in the same industry. You can also compare the current PE of the stock with that of industry average PE, Index PE, or the company’s own historical PE ratios.

That’s all for this post on the basics of PE Ratio Analysis. We hope this post was useful to you. Have a great day and Happy Investing.