Pump and Dump- The Infamous and Endless Stock Market Scam! 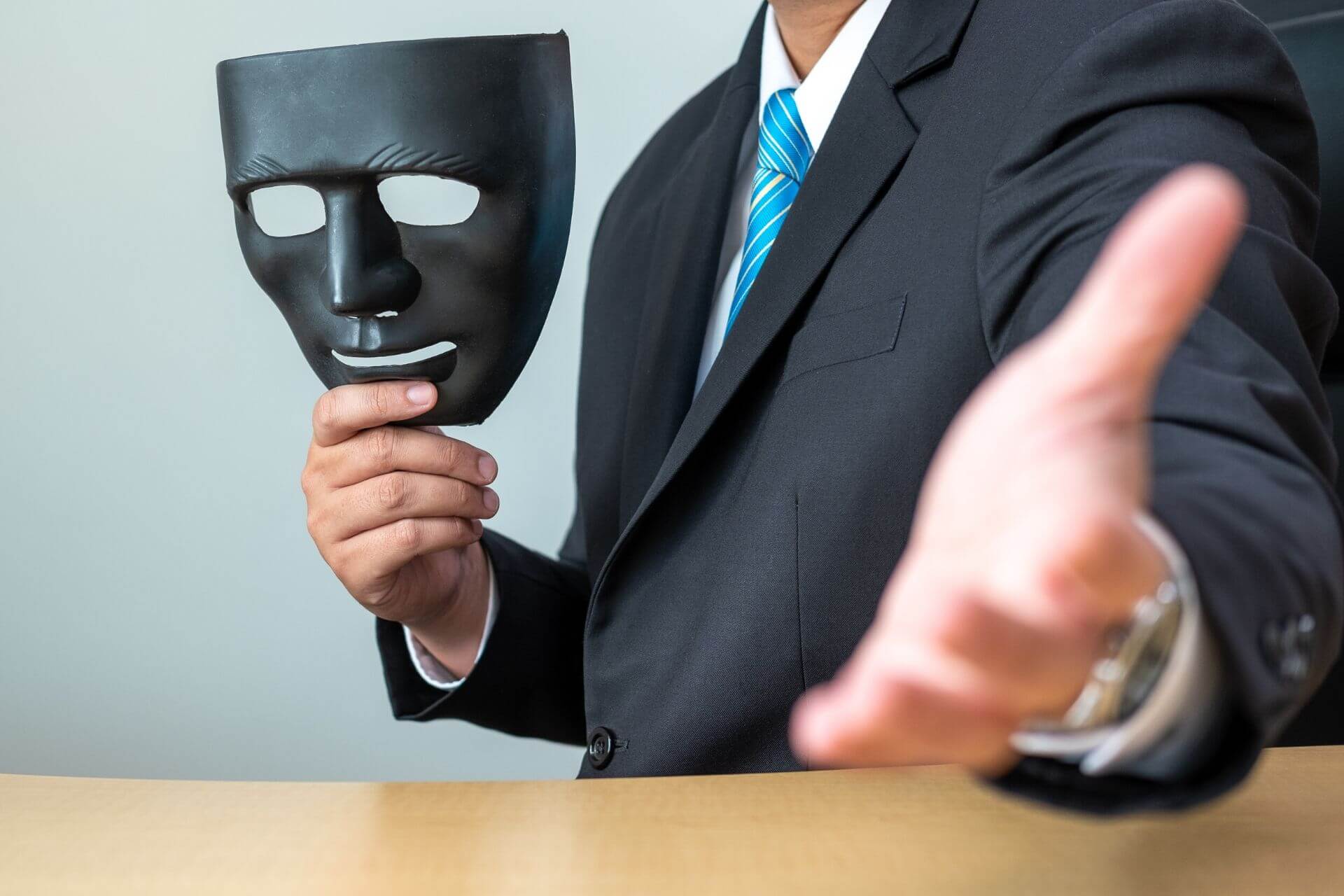 Understand Pump and Dump scam in Share market: Starting from the Nigerian Prince in exile asking for money, us winning lotteries we never took part in, and a distant relative we never heard of trying to send us his inheritance, has bought us to a stage where we are waiting to find out how much more ridiculous these scams can get. Similarly, the stock market world with all its rules, regulations, and watchdogs is not free from scams. Today we have a look at one such method used to scam naive investors of their money called the Pump and Dump.

What’s the Pump and Dump? 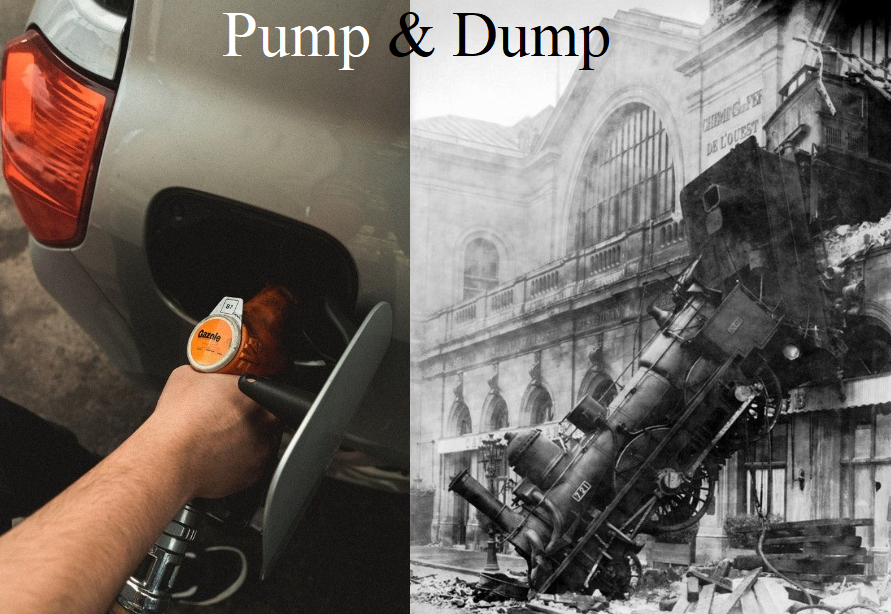 In the Pump and Dump scheme, the promoter or large investors mislead the market into believing that a particular stock is valuable. They release false information which in turn gives rise to the first portion of the scheme known as ‘A Pump’. The con investors at this stage buy large portions of the valuable at cheap prices. Here due to the credibility held by the promoter or the large investor the market too begins investing in the stock.

This leads to a rise in the demand which causes the stock to be inflated with increased prices. Once the price increases the promoters begin the second phase ‘ The Dump’. Here the promoters and investors sell their stake at the higher prices making a profit. This causes a market reaction where the price falls and the naive investors who believed then news are left suffering the losses.

At times brokerage firms and other organizations also make use of the pump and dump. Here they are either hired by the promoters or they themselves purchase a stake in the company they wish to use in their scam. Once the shares are acquired the brokerage firms then begin spreading misleading statements that attract investment in the company which leads to increased prices. At this point, they dump the stock.

Generally, large investors or brokerage firms target penny stocks. This is because they have low values and are easy to inflate. Large-cap stock too are at times prey to this, but even a large investor with the ability to influence a Large-cap is rare. Pump and Dump also make use of the psychological Fear Of Missing Out (FOMO). Everyone regrets not being able to invest in big multi-bagger stocks like Apple, Google and Facebook etc during their initial stages. Hence, the search for similar stocks leads retail investors to fall victim to such Pump and Dump schemes.

— Channels/Mediums used in these schemes

Pumping and dumping were traditionally done through cold calling. Here the brokers would cold call innocent investors and pressurize them into buying these stocks. They would also use strategies where they would leave a message on the answering machine with misleading information regarding the stock. This made it look like it was missed call with the information not intended for the receiver. This scheme then moved onto emails and currently even makes use of social media.

The pumping followed by Harshad Mehta in the 1990s caused the great bull run. This earned him the nickname the Big Bull. Harshad Mehta also had tricked banks to fund the bull run. He caused the stocks of ACC by 45 times. The markets crashed the day he sold. Harshad Mehta was arrested over numerous charges ( 70 Criminal Cases and 600 Civil Action Suits).

Ketan Parekh a Chartered Accountant earlier worked with Harshad Mehta. Parekh made use of circular trading to pump and dump. He would have one of his companies buy a  stock and have it sold to another company that he owned. He would do this involving many of his companies. This increased the trading volume of the stock which in turn attracted investors. This caused an increase in the prices and at this stage, Ketan Parekh would dump. Ketan Parekh was arrested in 2001.

In 2000, Jonathan Lebed was only 15 years old when he successfully Pumped and Dumped. He would purchase penny stocks and then promote them at the message board. Once the prices increased he would sell them at a profit. He was caught by the SEC and a civil suit for security manipulation was charged against him. Lebed made $272,826 in profits. He settled his charges through these earnings.

This may be perhaps one of the most famous pumps and dumps among millennials thanks to the movie Wolf of Wall Street. The movie is adapted from the memoir of Jordan Belfort. His brokerage firm Straton Oaks would inflate the prices of the stocks he owned through misleading statements and later sell them at profit.

Stocks that were Pumped and Dumped in Past 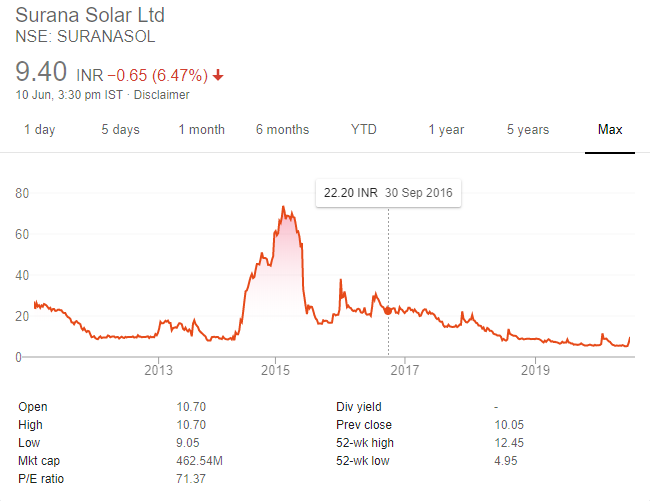 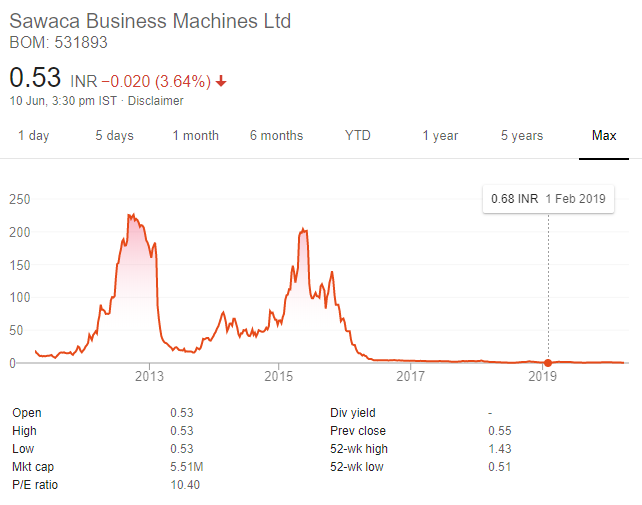 The case of Sawaca Business Machines Ltd is special because the pump and dump scheme here was not used once but twice. In the price graph movement above we can see a rally from 2011-13 and again from 2014-15. The shares rallied over 2500% reaching heights of Rs 225.50 per share from 2011-13 and then fell again to their original figures. After the fall the shares rallied again from 2013-15 touching prices od Rs 204 and giving gains of over 1000%. As of 10th June 2020, the shares are valued at Rs 0.53 per share. A con investor who would have even invested Rs 10000 would see his wealth scale over 25 lakhs if pumped and dumped at the right time during the two periods. However, the loss to retail investors has been incomputable.

How to protect yourself from Pump and Dump?

1. Tenurity of stock being traded on the exchange

Generally, stocks that are used by scamsters for pumping and dumping will have been made available for less than a year. These stocks are generally penny stocks. Companies that are considered small-cap do not have considerable information made available to the investors to make informed decisions. Investors fall victim to their emotions and the pressure selling by brokers in these cases.

Generally in cases of Pump and Dump it is possible for investors to notice similar patterns during the pumping stage. After the stocks are influenced and are in the pumping stage an investor will be able to notice a steady increase every day in the penny stock. This sudden increase in price would be bizarre when coupled with the previous low trading volumes.

If a broker pressurizes you to purchase a penny stock there is a good possibility that it is a scam. Great stocks sell themselves and do not rely on large investors or broker pressure. Irrespective of the medium, be it emails/social media/brokers, such schemes generally violate the basic rule of high return high risk. The proposal generally promises high returns with no or low risk. There may also be claims of insider information available to influence the proposal to buy the stock. Investors must be aware of such red flags.

Scammers have adapted to the changing times but for an honest investor, the requirement to remain safe remains the same. If an investor does his own research and homework as long as he stays away from so-called tips and recommendations the possibility of him being fooled remains non-existent.