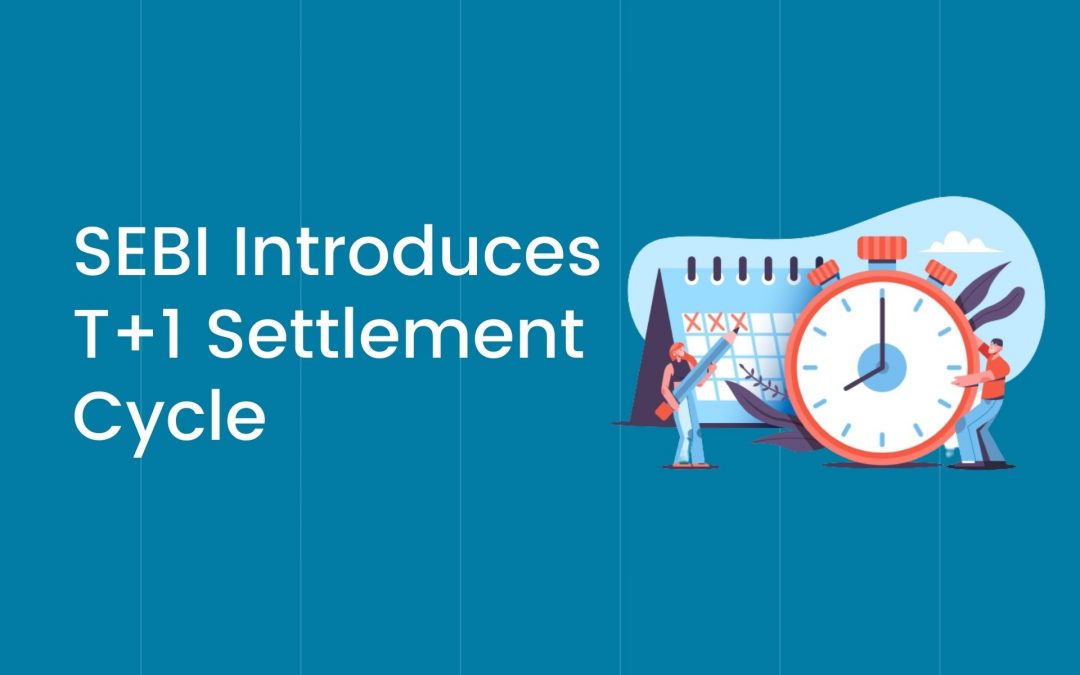 After the recent changes in the Margin Trading Rules, they have come up with new announcements regarding the settlement SEBI rules in the Indian Equity market ecosystem. The SEBI has proposed a T+1 trade settlement cycle.

But before understanding the new proposed SEBI rules, let us try and understand the existing Settlement rule.

What is T+2 Rolling Settlement?

So, under the existing regime of settlement, the securities and cash is exchanged between the parties on the third day (technically).

What is the T+1 settlement rule proposed by SEBI?

The SEBI on 7th September 2021 has laid a proposal for T+1 (trade plus one day) rolling settlement cycle for stocks on an optional basis. The new SEBI rules will come into force from January 1, 2022.

These new rules have been adopted after SEBI got multiple requests from various stakeholders concerning the shortening of the settlement cycle.

The SEBI in its circular also mentioned, “Based on discussions with Market Infrastructure Institutions (Stock Exchanges, Clearing Corporations and Depositories), it has been decided to provide flexibility to Stock Exchanges to offer either T+1 or T+2 settlement cycle”

The Rules Set forth by SEBI

The circular issued by SEBI has mentioned that a stock exchange can choose to offer T+1 settlement cycle on any scrip to all stakeholders after giving an advance notice of one month with regards to change in the settlement cycle.

SEBI further also notified that the exchange which switches any security to T+1 settlement cycle has to abide by changes for a minimum period of six months.

And if the exchange again wants to switch back to T+2 settlement period, then they will again have to give notice one month in advance.

The change in settlement rule could bring a lot of joy to market participants as the transaction will be settled one day earlier.

But there are still a few questions that remain unanswered, like what if the same share trades in two exchanges and one (exchange) adopts the T+1 settlement and the other still follows T+2 settlement rule?

Only time will tell as to how these concerns get addressed. But one thing is for sure, the market regulator (SEBI) is in full swing to bring about changes that auger well for the Indian financial sector.

We hope you found this post interesting and learned quite a bit about SEBI’s new T+1 settlement cycle. Please use the comment box below to share your opinions on the article “SEBI introduces T+1 settlement Cycle”