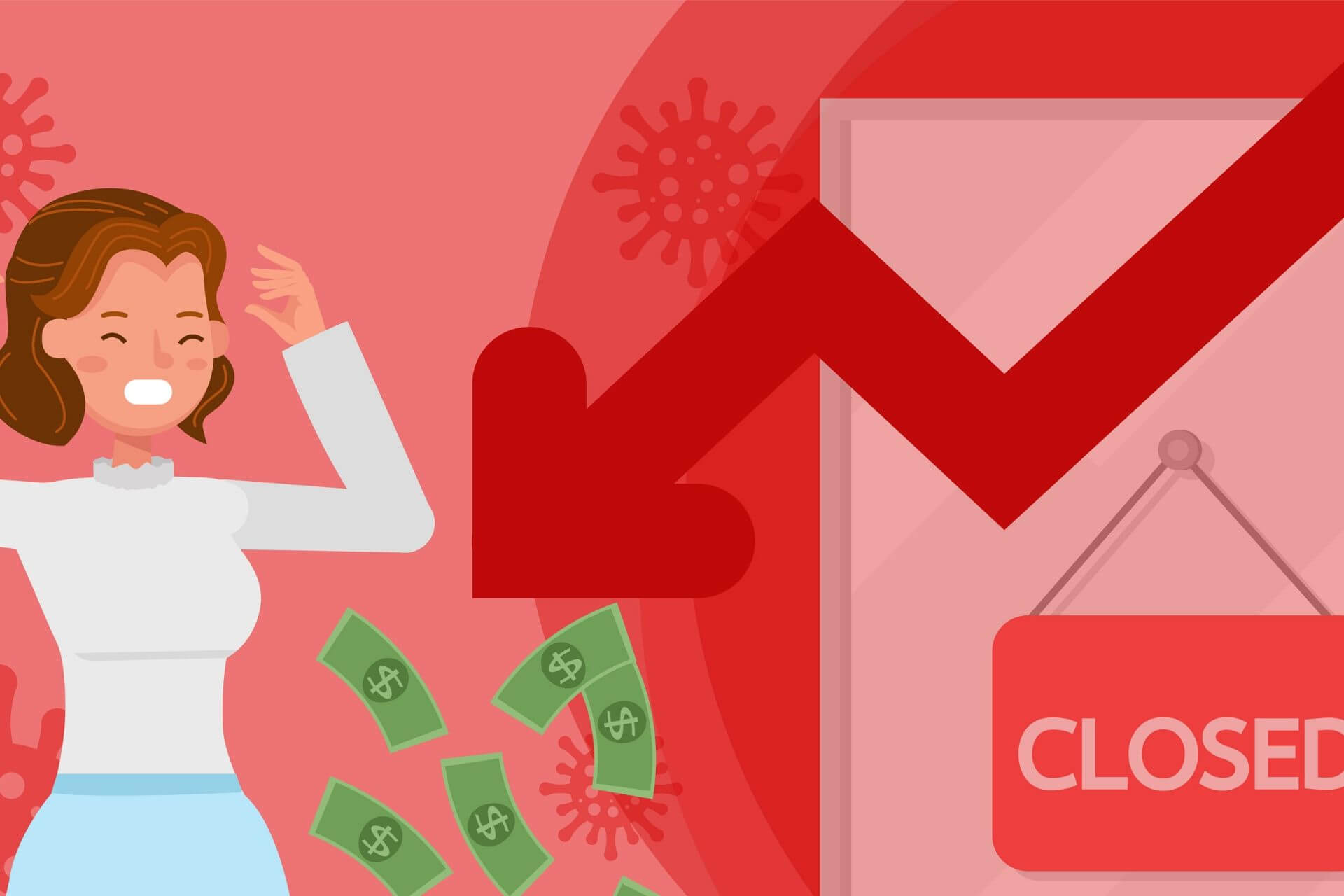 10 Severely Affected Industries by Coronavirus: Late into 2019, we were made aware of the ongoing battle China was forced into by a novel virus called the Cobvid-19. At that time, we were also soon assured by the World Health Organization (WHO) of no clear evidence of human to human transmission of the virus.

Fast-forward to today, there are over three million cases and the virus wreaks further global havoc. There hardly remains any industry around the world that hasn’t been impacted. Over the last 20 years, the healthcare industry was seen as recession-proof. However, the pandemic has physicians and dentists reducing staff to cope with the changing times.

Today we take a look at the ten most severely affected industries by coronavirus and the subsequent lockdown. Let’s get started!

10 Most Severely Affected Industries by Coronavirus 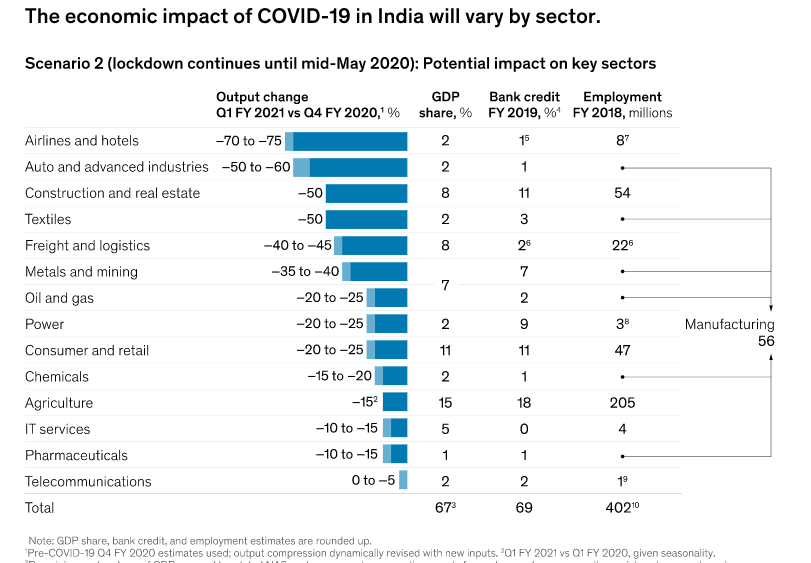 (Source: The above graph shows the severity of the loss different sectors face)

Preventive measures of the airborne virus have led to the devastation of any business even closely associated with the tourism industry. The restrictions were first imposed against East Asian travelers and further extended to Europe. WHO also released a statement where they acknowledged that the transmission of the infection may occur between passengers in the same area of the aircraft. With no vaccine in sight, countries were forced to close their borders and eventually led to the suspension of all forms of travel.

The Economic Times has reported the aviation sector in India may lose as much as Rs 85,000 crores along with 29 Lakh jobs. The total stimulus package-1 stood at 1.7 lakh crore. Here, the workers in the airline industry that were not fired were forced into unpaid leave. According to equity master shares of most hotels, leisure, and airline firms have tumbled 60% to date. Falling fuel prices too didn’t provide any relief caused by the lack of demand. 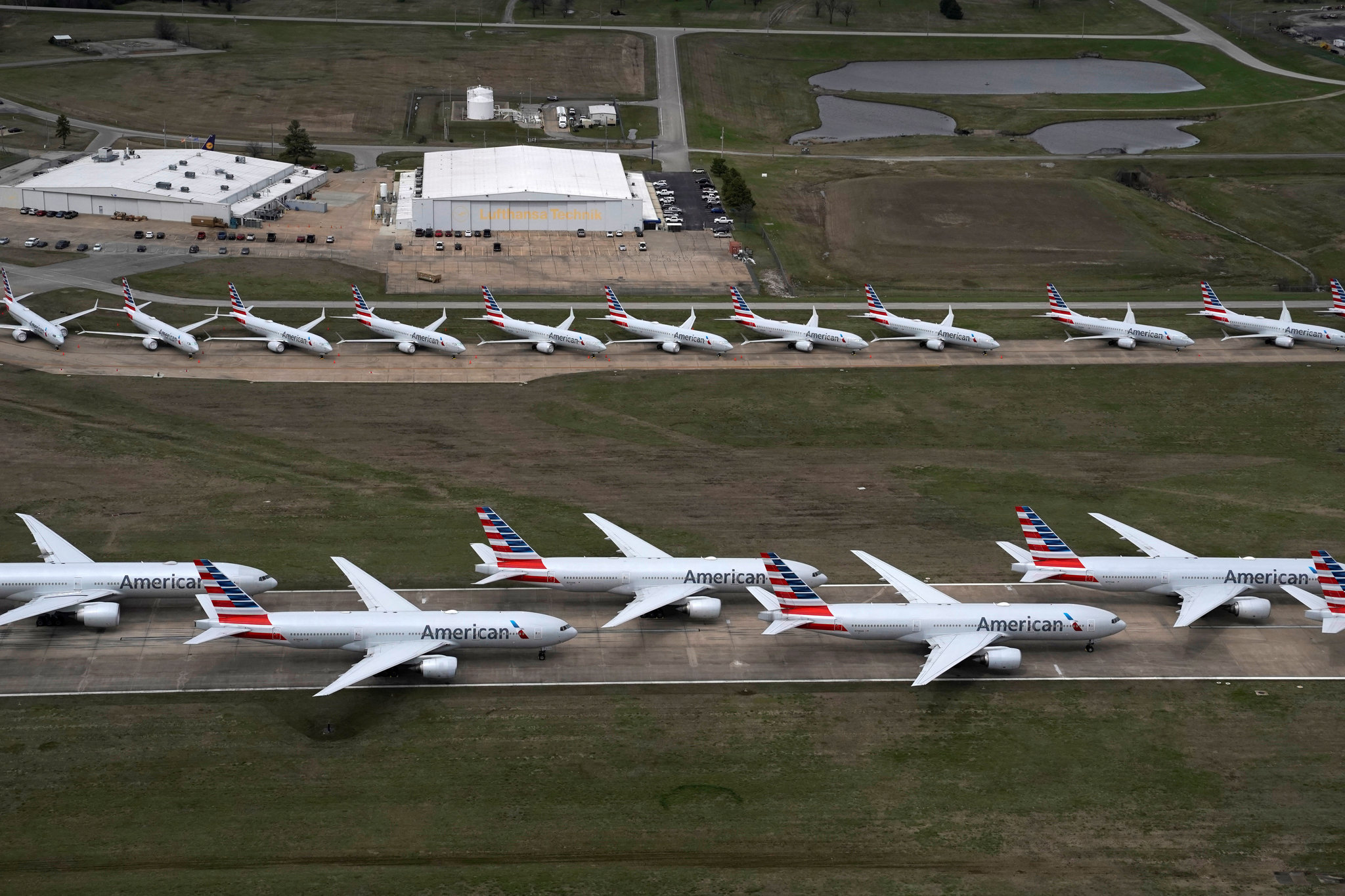 The losses were not limited to commercial airlines but also any company connected with the industry. Leading airline manufacturers Airbus, Boeing, Bombardier, and Embraer have been forced to suspend production and deffer orders. Some even laying off employees.

The IATA ( International Air Transport Association) on 24th March estimated a $252 billion revenue loss globally. By mid-April, ACI observed a 95% fall in traffic in the Asia Pacific and the Middle East. Indian airlines are estimated to incur a loss of 600 million USD. This information does not include Air India, one of the major Indian carriers.

The only demand that exists in the airline industry is those for aircraft storage. Runways and taxiways in normally busy airports were closed to make room for storage. 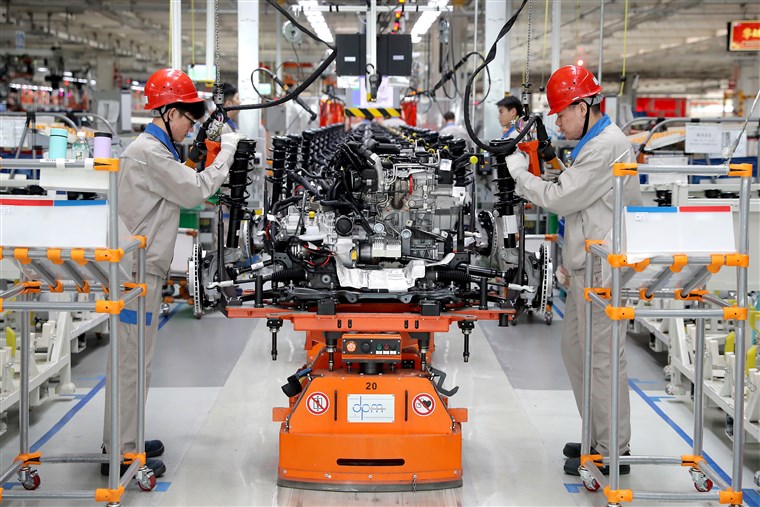 The last thing an industry experiencing a prolonged slowdown for more than 20 months now needed would be a period of inactivity. According to FTAuto, the Indian Auto sector earns gross revenue of 2000 crores per day. As the lockdown is prolonged the losses in the automobile industry keep getting added up.

What makes the auto industry further susceptible to being impacted by the virus is the dependence on various players for different parts. Even one missing part from Tier-1 or Tier-2  is enough to stop entire carmakers or whole industries. Considering that the Indian auto industry relies on China for 27% of the imports in 2020 has been a further worst year as the regions are dealing with the virus at different time periods. Unfortunately for India, Maharashtra aka the Indian Automobile industry has over 8600 cases.

If we take a look at the new car registrations the first half of February saw a drop of 92%. This was followed by a 47% drop in March. Despite this, the market bounced back rapidly. This, however, can be the psychological impact of the virus. People after the lockdown would prefer to avoid public transport, taxi, and other ride-hailing services.

This industry suffers from the direct implications of the virus. The majority of the job losses due to the pandemic are in the construction sector. Presently most of the relief measures introduced by the government are directed towards workers in the real estate sector.

This is due to the high number of daily wage workers in the industry. The sector was already affected in the month of February and March. The effects are to last due to its reliance on China for Raw Materials. Even luxury construction segments are to face raw material scarcity. This is because Italy the world’s leading supplier for stone and furniture has been the worst hit. These inputs will be seen in the form of higher costs and delayed project completion throughout the industry.

Coming months will also pose a potential threat to cash reserves if tenants are adversely affected by the lockdown. Also, the rising prices of raw materials may add to falling profit margins. The real estate industry currently may seem attractive to buyers whose jobs are unaffected by the pandemic. The price correction will allow buyers to acquire properties at cheaper rates. Also, the reduction in rates by the RBI will result in loans available at cheaper rates. 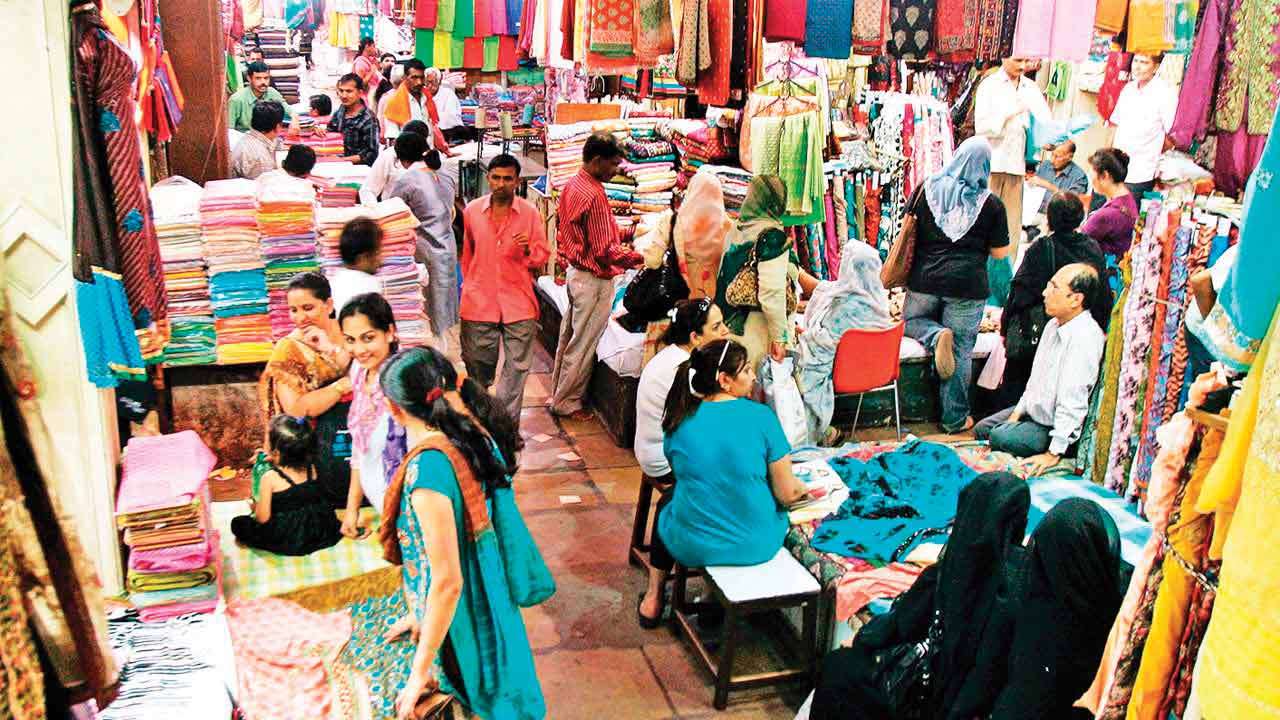 The textile industry in India employs over 105 million and earns around $40 billion in foreign exchange. This industry similar to the construction industry is labor-intensive. And hence, it adds to the troubles due to the lockdown.

The nature of the industry will require concentrated relief efforts by the government. The city of Tirupur serves as the perfect embodiment of the textile industry. With over 10,000 factories it generates Rs 25,000 crores wealth through exports and the same domestically. A three-month loss due to the pandemic ould amount to Rs.12000 crore. Of the 129 Lakh people who depend on the city’s textile industry, 25% would have to face job losses.

In addition, India depends on China for buttons, zippers, hangers, and needles which make up  $140 million. The textile industry faces challenges not only from China but also from Europe. This is because of the countries affected by the pandemic like Italy and Spain have asked not to export to them.

The revival of the textile industry would only be possible with directed relief measures from the Indian government. This followed by a hopeful end to the pandemic in the next quarter. This will allow India to procure Apparel industries looking for an alternative to the Chinese textile industry. 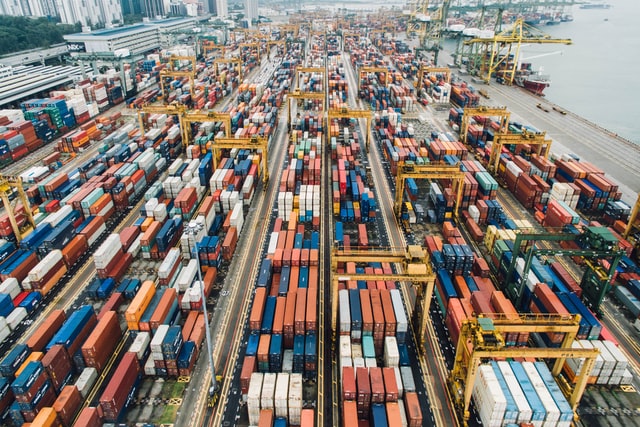 Lack of drivers, loaders, and unloaders have plagued the supply chain.

The future after the lockdown is uncertain as the demand will decide if the freight and logistics industry thrives. The fear of economic uncertainty may force consumers to tighten their spending. However, to support all the other industries that will awaken after the lockdown will require an increase in capacity to meet the demands.

The three phases also highlight the problems that may still persist if the government only allows the transport of essential goods without focussing on loading and reloading concerns. 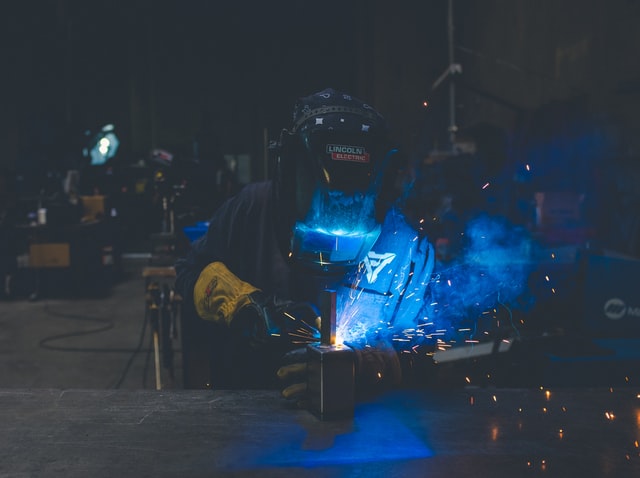 The steel production and allied activities such as mining have been covered under the Essential Commodities Act. This does not provide much relief as the producers and miners face the challenge of producing with all the demand wiped out.

The essential commodities act, however, does not cover nonferrous metals such as Aluminium, copper, zinc, and lead. These add to the troubles as unlike other industries metal production cannot be switched off and started again when required. The cost of starting again would involve losses incurred due to the disruption of the continuous process involving smelters and potlines.

The steel supply-side disruptions were already caused by China, Japan, and Malaysia who were impacted by the coronavirus much earlier due to the pandemic. They account for over half of India’s metal and metal production. The Nifty Metal index as of March 21st has already fallen 43% in comparison to 29% of the Sensex. 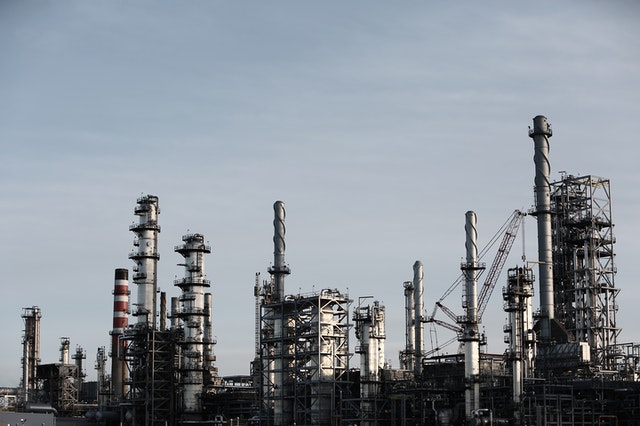 The oil prices have faced a decline in value since Mid February.

The cheaper crude oil, however, will help in reducing the Current Account Deficit. This will also provide multiple other benefits for the government. The fuel subsidies provided can also be expected to decline. In addition, the government can also raise duties to boost revenue. The revenue mopped up can be used to revive other sectors.

Read More: Why the Crude Oil prices dived into Negative? – A Detailed Study

In addition, the government has asked power generators to continue the supply of power even if the payments are not received for the next 3 months. The only silver lining is the opportunity for gas-based power generation to take advantage of the low prices. But the reduced demand has kept them from leveraging this opportunity.

The Power sector has been a loss-making enterprise even before the pandemic. The total outstanding dues of the power sector stood at Rs 88,311 crores as of January 2020.

Once the lockdown is lifted the size of the retail business will also play a role to determine how much stress it will face. Traditional and independent retailers generally have fewer employees. Bigger retail businesses will face the heat due to their large employee requirements to be met and additional burden due to rent.

As the table shows, not only India but globally every country has been severely dependent on China.

Any impact on the chemical industry will be further felt in the agricultural industry too. This is due to the dependence of fertilizer companies on China for imports of Raw Material.

The industries we observed above wouldn’t generally resort to laying off employees. This is because these industries it is more expensive for the new employees to be trained again in comparison to keeping them employed. The lay off’s show that the pandemic and the great lockdown has forced industries into a corner. The revival of these industries will require an individual industry-wise focus to boost the economy.

As we await another more considerable relief package it is worthwhile to notice how Germany aims at relieving its economy. Germany has announced a 500 billion dollar package. In this, the companies can avail loans at 0% interest and repay them once their companies are in a position to. The relief packages cannot be matched but a package making up a higher percentage of the GDP would provide the required boost.

It does not require a closer look at the above sector-wise impacts to notice overreliance on the Chinese markets. Such reliance would leave any economy crippled when the other is in crisis. This, however, does not mean that economies must close up after the pandemic. Finding other reliable markets to fall back on and not placing all the eggs in a single basket would suffice.

The current situation will have Indian industries competing with Chinese goods which will be cheaper due to the incentives provided by the Chinese government on exports. Competing with a country is complex especially when it also is the supplier of raw materials.