What is Survivorship Bias in Stock Market? 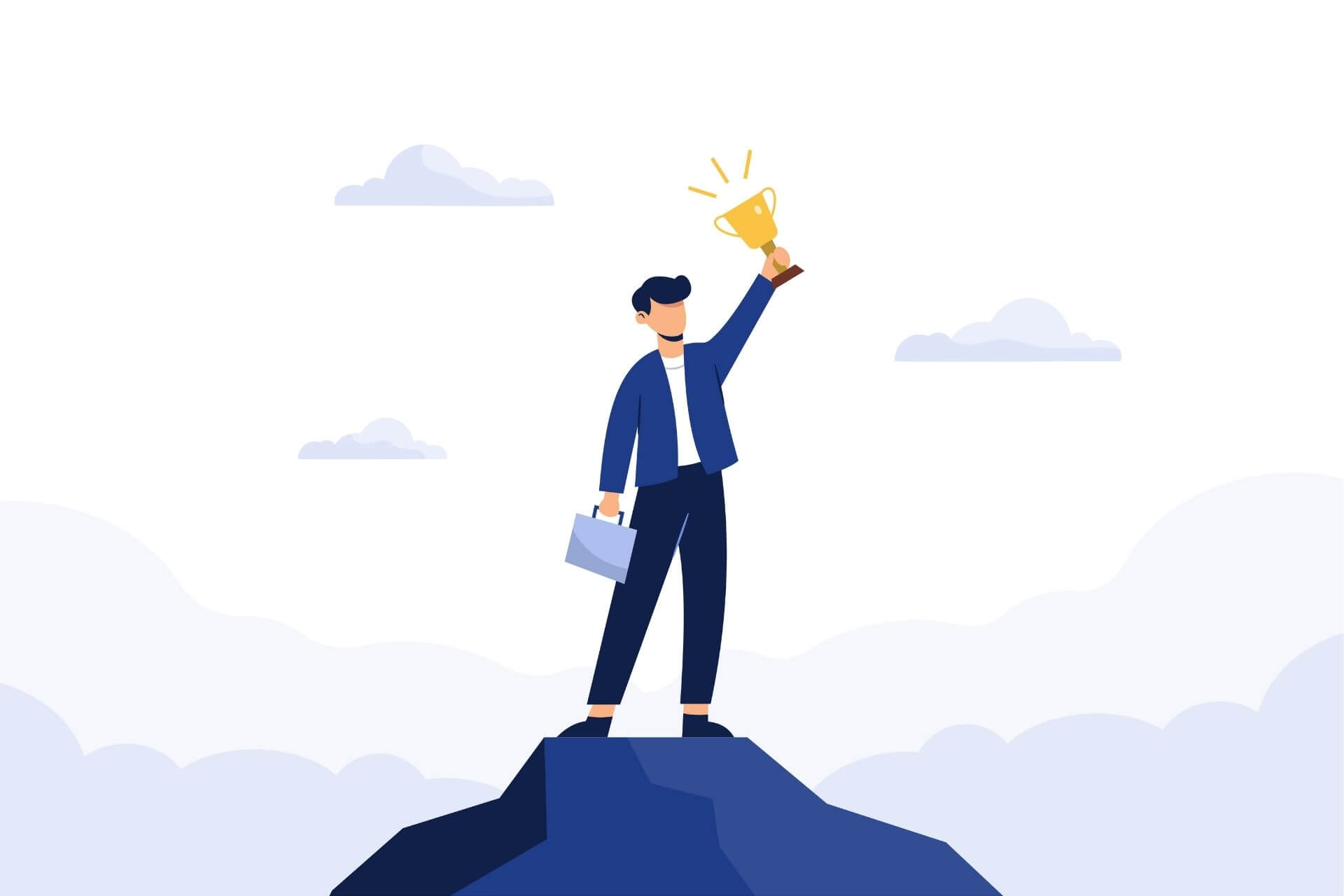 Today we take a look at an important concept which is often overlooked known as Survivorship Bias. Keep reading to find out.

What is Survivorship Bias? 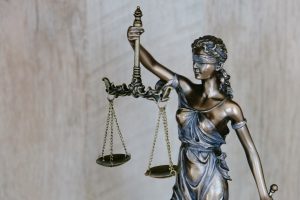 Survivorship Bias or survival bias is a logical error of concentrating on the people or things that survived and overlooking those that did not. It refers to the distortion of data results when there is a bias in the samples selected.

What generally happens is analysts consider only the surviving or existing observations. This is done instead of considering all the observations that meet the selection criteria including those that do not exist at the time of the study.

The closest example would be a collection of data by researchers during covid. Say for example that researchers collect the effects of covid on the general population’s health. Even if they set out and collect information from randomly selected individuals, the data collected may not be complete. This is because those affected by the worst cases may not have survived and hence will not be included. Hence the final conclusion from the research may suffer from survivorship bias.

A story you may have already heard related to survivorship bias may be one related to its application in WW2. During the war, the US army was faced with a dilemma when it came to protecting their bomber planes from being shot down by enemy fire. The obvious answer was to add armour to the planes to protect them. But the question was where? In addition, the armour would also make the planes too heavy affecting their flight. 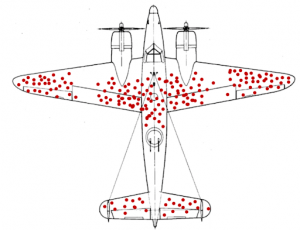 After analysing all the planes they noticed that most of the firing was concentrated around the tail body and wings as we can see in the picture above. Just by going through this data, one would conclude that the armour must be added to the wings, tail and body. But this is where they would go horribly wrong as this conclusion suffers from survivorship bias.

Abraham Wald, a statistician at the Statistical Research Group (SRG), observed that the planes used for this study were those that survived the onslaught of war. This meant that even if the plane was shot multiple times at the wings, tail and body it would still survive.

On the other hand, if the planes that never returned and were shot down were the ones who were shot in other places. Say for example the engine. If a plane was shot down after receiving fire in the engine it would not return and hence not even included in the data. By identifying this survivorship bias the military was able to become more effective in wars by armouring areas of the plane like the engine that needed it the most. Statisticians to the rescue once again!

You must be wondering as to why all these mathematical and psychological theories and examples are important in the world of investing. Now let us look at the application of these theories from an investing point of view. This helps identify areas where we may suffer from survivorship bias in our personal investing perceptions.

Mutual Funds Sahi Hai! One of the best instruments to invest in for investors obsessed with preserving money has been Mutual Funds. You get to preserve wealth and at the same time earn enough to keep beating inflation. You may have heard facts thrown around that on average these funds offer 12% returns.

But how much of this is true when we consider the Survivorship Bias that exists. Let us understand this with an example.

Considering only the returns in these funds would fetch you an average return of 10%. But this data too suffered heavily from survivorship bias. Many funds may not even have survived the 2008 financial crisis and the economic downfall of COVID  These funds shut down or are merged with other funds. Considering these would give us an unbiased picture of even the funds’ possibility to fail and reduce the average to 5%.

Investing/Trading Stocks and the Indexes

Recently we came across the news that steel stocks are rocketing. But would simply analysing these be enough for one to make a long term investment in the sector. Before investing long term one must also consider all the companies that have failed in the sector in the past.

Even when it comes to trading we often hear of gurus giving unrealistic expectations or boasting of their one-time success. Here too we have to be wary as the same strategies may not work in every market scenario and there will have been a significant degree of luck involved. An honest picture will only be revealed after looking at how many of their trades are in losses and how much capital they use.

If we take a look at indexes the same Survivorship Bias exists. Indexes only include the top companies trading in that exchange. Using them to represent all the stocks in the market or worse, the economy is not accurate.

Now that you’ve gone through Survivorship Bias, you may begin to see these all around you daily. Those cricketers and garage entrepreneur success stories have a flip side where millions have failed. But then what can one actively do to avoid Survivorship Bias? The best thing one can do is invest in data. And when analysing results also ensure that they have been arrived at without omitting non-existent observations. That’s all for this post. Let us know what you think about Survivorship Bias or where you have come across it in the world of investing in the comments below. Happy Investing!