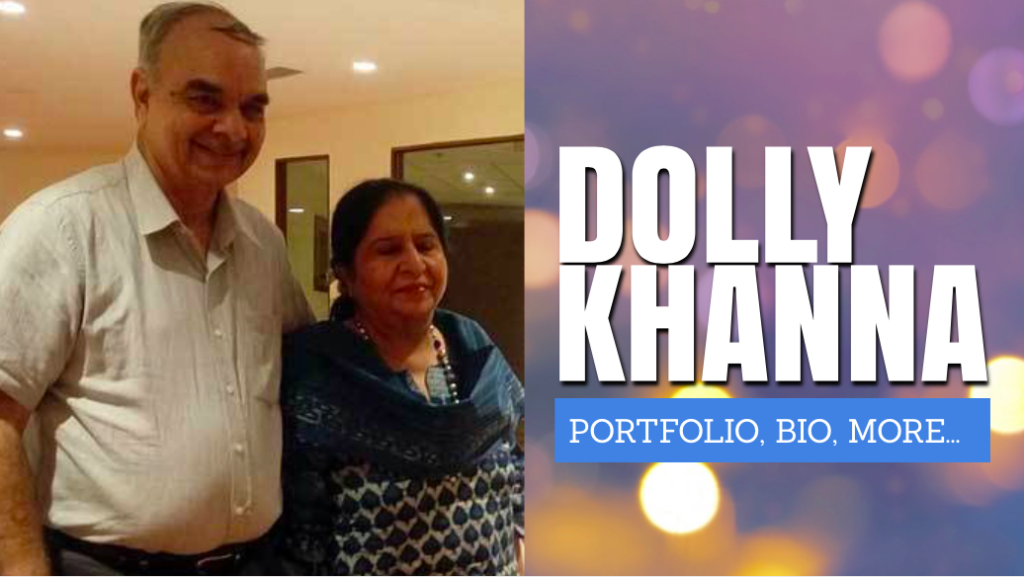 Dolly Khanna Success Story: Every market produces players- those who churn one multi-baggers after another. Dolly Khanna, although the name may not be quite well known as Rakesh Jhunjhunwala, she is doing quite well off.  Her portfolio was quite a mystery for a long time! She has not been interviewed or known before until she bought 1% stake in a company and Indian law makes it compulsory to disclose it to the exchange. Her stake is more than 1% of 14 listed companies now.

Dolly Khanna, the name we hear along with Rajiv Khanna. The couple is based in Chennai. Rajiv Khanna has graduated as a chemical engineer from prestigious IIT Madras. During their initial days, they raised capital from the sale of a family business named ‘Kwality Milk foods’ to Hindustan Unilever in 1995. Since then the golden couple has not looked back. She is in the stock market since 1996 and her portfolio is managed by her husband Rajiv Khanna. Rajiv Khanna is widely known as the brain behind Dolly Khanna’s holdings in the equity market. Her holdings range from the plastic company to the pressure cooker manufacturer.

What makes it interesting is that her stock picks perpetually becomes mega multi-baggers. The couple is quite accurate and expert in picking small potential businesses. Khanna’s are named among the top individual players of the Dalal Street. In 2014, she picked up Nilkamal (India’s top manufacturer of Home and office furniture), the stock which surprisingly has gone up 900% (from Rs 197.30 on March’14 to Rs 1966 as of March’17) in the past 3 years, nearly 10 times.

Rain Industry is the prime target of her investment followed by Manappuram Finance, NOCIL, Thirumalai Chemicals, and many more. Her other interesting investment is in Trident where she holds 1.03% of the stake as of Dec’16. Since her investment, the price has risen up to  82.25 as of March’17 form 57.55 on Dec’16, giving 42.92% return, She recently bought a lot of shares of  Butterfly Gandhimathi, which is also a favorite of Ashish Kacholia. But her main target is Rain Industries where she bought 1.27% of the equity in June’17 and increased it up to 2.57% of equity until December’17.

Nevertheless, if the couple sells some stock, then it doesn’t always mean that they have lost their confidence in the company. It’s just that they might have found something else that’s worth more investing. Avanti Feeds is such an example where she sold many of them even at a low price and prices went even high after the sell-off. Though Avanti had given her a fair amount of gain even at that stage.

The above stocks (along with some others) make up around INR 1 billion. as net worth. Also, there are few stocks that are not yet disclosed to the stock exchange as they are below the statutory limit for reporting. So, the aggregate will definitely roar above INR 1 billion!

Generally, the couple is a believer in long-term investment, but sometimes they also sell off the stock if it’s giving them a pretty sum of returns at that stage. Rajiv Khanna says that he relies on public information to make his investment, unlike some market analyst who bothers themselves talking to the management of companies. 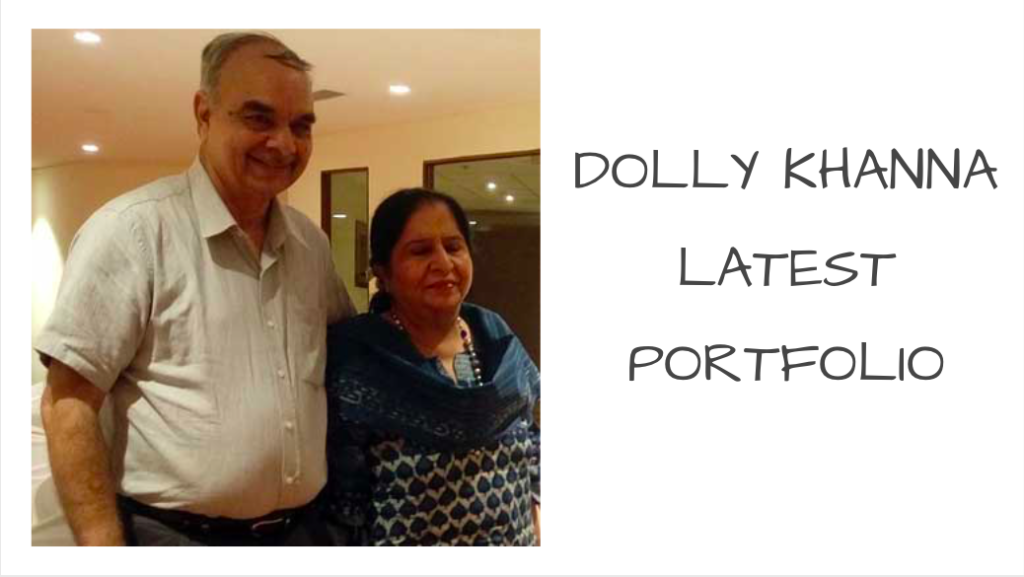 Among on the wolves of the Dalal-street, there is this she-wolf who has got so much attention by investing in the lesser-known companies which later turnouts to be multi-bagger stocks.

Dolly Khanna is a Chennai based investor. Her net-worth has crossed 500 crores.

Her stock portfolio is managed by her husband Rajiv Khanna, who is a graduate of IIT Chennai in chemical engineering. Rajiv Khanna was the owner of the ‘Kwality milk foods’ one of the well-known food company in India until he sold it to Hindustan Unilever in 1995.

From mid-1990’s, Dolly Khanna and her husband Rajiv Khanna started investing in the Indian stock market. Dolly Khanna is the brain of their investments.

Few of the biggest investments in Dolly Khanna portfolio which made her a tycoon in investing world are Neelkamal, Mannpurnam finance, Trident, Hawkins India etc.

Few of the recent investments of Dolly Khanna portfolio are in Rain Industries, Nahar International Enterprises, and Ruchira Papers.

Here is the list top 10 stocks in Dolly Khanna portfolio updated till November 2017.

The stock picking style of Dolly Khanna is definitely unique due to her technique of investing in lesser-known small-cap companies. Nevertheless, it looks like her investments are working great for her.