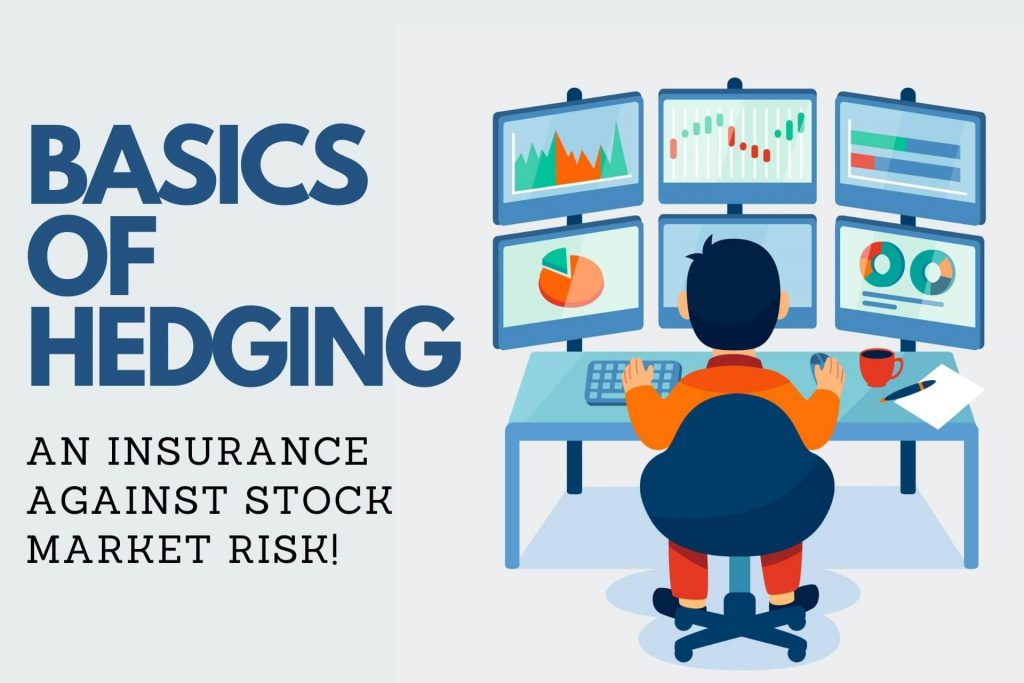 Basics of Hedging – What is Hedging in Stock Market?

Understanding Basics of Hedging and How it can be used to reduce stock market risk: If you are an investor in the capital markets, I am sure you have across days where your portfolio has shown wild moves up or down. These fluctuations in the stock market are always something that creates a lot of anxiety and stress for the investors, Although the pundits advise ignoring such fluctuations, for a layman, it is hard to look away when things are bumpy. It is easy to become obsessive when things are on a downward slide.

In times like these, many of us may wish there was a way to insure our investment in a downturn in the same way we insure other assets like a car or a house. Hopefully, there may be some sort of an agreement where we stand to be compensated in case something bad happens. In this case, a large monetary loss in our investment amount due to some factor that was totally out of our control.

Well, the truth is that sort of thing does exist in the real world, only that it is known by a different name – Hedging. When we hedge an investment, we reduce or eliminate certain risks including but not limited to stock market crashes as a whole. It is a popular practice in investment management and some funds, known as hedge funds, even purport offering such investments through which investors can totally eliminate certain kinds of risk.

Even though globally most hedge funds tend to underperform the broader market, the allure of avoiding certain known risks from their portfolios have not stopped big and wealthy investors from loosening their purse strings for investment in these hedge funds.

But Buyer Beware! Although these are pretty handy when it comes to protecting your investment in a crash, a poorly managed hedge or a hedge fund can lead to investors losing more money than taking on the complete risk themselves. So let’s learn about hedging and it’s pros and cons in today’s article.

Basics of Hedging – What is Hedging?

When you hear the word hedging, you probably imagine your neighbor pruning his brushes in his backyard. But, the name actually originates from an older meaning for the word. The Hedge is actually synonymous with a fence, as in we are trying to contain a herd of cows or perhaps the downside of our investments within a limited space.

While the term is now commonly used to refer to financial strategies, the truth is we practice its principles on day to day basis. As mentioned earlier, a car insurance hedges your financial risk since you pay a premium to avoid a larger cost that you might incur in the case of a car accident. While a seat belt might hedge your risk of having a serious injury. Heck!, this is what you do when you adjust the time on your watch so that you leave early to work by ten minutes  ( you are hedging against your impunctuality ) 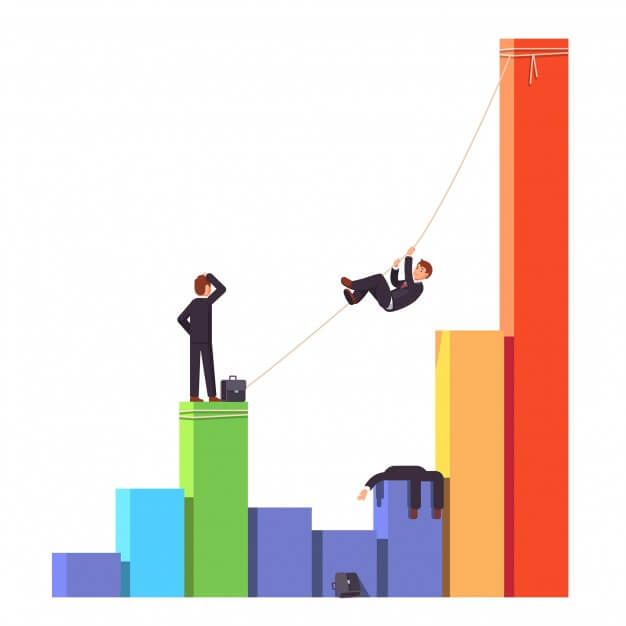 In each case, you are taking some sort of cost or nuisance to avoid or prevent a greater problem, be it financial or otherwise. When it comes to investing, however, the practice refers to reducing some sort of risk or exposure in our portfolio. It can be the risk of a specific stock or industry experiencing a decline, or perhaps against the interest rate rising and sometimes against inflation rising higher than expected.

How does a Hedge work and How do we employ it?

Hedging is done by adding investments in our portfolio that move in the opposite direction to the risk that we are trying to manage.  In the language of mathematics, we are trying to achieve a correlation of -1 to exposure, although technically we are looking for something called the erudite quants would call a negative delta.

Negative delta is just a measure of how one asset moves whenever the other changes by a unit price. This ensures that if a risky event were to happen and our holdings lose value the hedge we invested in should appreciate in value to offset the loss.

As an oversimplified example, an investor could hedge their exposure to a specific stock by shorting the same position. By doing this, they offset their downside. If the stock falls in value then the short position will gain value and hence canceling out the loss.

Now, investors rarely prefer to have perfect hedges like this, after all, you protected yourself from any downside but you have also prevented the portfolio from gaining any profits either. This fact alone certainly might convince you why it’s not the smartest move when you are investing in the market.

So instead of taking protection against every single down move in the market, smart investors instead focus on only protecting themselves against specific risks in a way that doesn’t completely eliminate their upside but they are still protecting themselves from losses they don’t want exposure to.

As an example, assume the case of an Indian mutual fund that invests stocks in the US stock exchange. Any investor who parks their money in a foreign stock would also by default expose themselves to differences in interest rates, inflation, and currency exchange rates between the two countries.

Since differences in interest rates and inflation are usually reflected in the currency, an investor may choose to buy certain investments that will appreciate in value when the exchange rates fall. This particular arrangement would now enable them to earn returns similar to what they would gain if they were investing as Americans.

How to do Intraday Trading for Beginners In India?

What are Investments/Tools most commonly used for hedging?

While technically it is possible to hedge a portfolio through traditional techniques such as diversification or investment in alternate assets, explicit hedges in the market are performed through the extensive use of instruments called derivatives.

On a high level, a derivative is simply a contract whereby you as an investor enters into a bet or an arrangement with another investor to buy or sell an asset at a fixed price in the future.

There are lots of interesting things you could do with derivatives. For example, at the time of writing the article the market is significantly overvalued and there is a lot of uncertainty about the budget in the coming weeks. An investor who has exposure to equities could theoretically buy a put option that expires in two or three weeks for a premium paid upfront and could hedge against a market fall while also standing to gain from his stock holdings.

While these seem to be very simple tactics an individual could make use of, it would surprise many to learn that these are exactly the same strategies that hedge funds employ for their wealthy clients. Among other things, hedge funds also frequently use derivatives to long certain assets while shorting certain others with the intent of making a profit regardless of market conditions.

What are the cons of hedging?

While the pros of the industry may espouse hedging as some holy grail in investing, the truth is this is not without any downsides.

Firstly, the hedge most often requires an upfront investment which is lost if the market goes up. This is something that eats up your returns in a market that is trending upwards or is moving sideways, a possible implication of this is that it becomes much harder for you as an investor to beat the benchmark index in the long term.

Secondly, hedging is an imperfect science. Professionals in the industry may tell you that it is something that requires a lot of skill and experience. But truth be told, they will also agree that hedging at the end of the day is an “educated guess” based on probabilities.

For these factors, many conservative fund managers prefer to stay away from complex hedging and instead focus more on long term returns than short term losses. In their view, if you are a long-term investor short term market crashes are only an opportunity to buy more stock into your holdings and hence it doesn’t make sense to spend extra cash on a crash that may or may not happen.

In this post, we covered the basics of hedging and how investors can employ it. While Hedge funds may not be accessible for many individuals, investors can theoretically carry out the same strategies, but the performance of their portfolios may depend a lot on the individual’s ability to make active calls and evaluate the market.

Hence, Any investor hoping to venture into actively being involved in the markets would do well to acquaint themselves with erudite concepts of hedging before employing them. However daunting it may seem, the fruits of such labor have rewarded market players with immense wealth and success.