The stock market and the economy are in a lot of talk in recent days. Seeing the market indexes declined by over 30% within a month, an obvious question among people is to understand how does the stock market affects the economy.

In this article, we are going to answer the same and discuss the effect of rising or falling stock market on the economy. In addition, we’ll also answer whether the stock market and the economy are the same or not. Let’s get started.

Why do we have a stock market?

A stock is a type of security that represents an individual’s ownership in a company and a stock market is a place where an investor can buy and sell ownership of such assets. Trading stock on a public exchange is essential for economic growth as it allows companies to raise capital through public funding, pay off debts or expand the business.

The stock market exists for two main reasons, the first is to provide a company with the opportunity to raise capital that can be used to expand and grow the business.

If a company issues one million shares that can sell at $4 a share, this allows them to raise $4 million for the business. Companies find it favorable to raise capital this way so they can avoid incurring debt and paying steep interest charges.

The stock market also provides investors with the opportunity to earn a share in the company’s profit.

One way to do this is to buy stocks and earn regular dividends on its value- that is the investor earns a certain amount of money for each stock they own.

Also read: Why do Stock Markets Exist? And Why is it So Important?

How the Stock Market affects the Economy?

The increase and decrease in stock prices can influence numerous factors in the economy such as consumer and business confidence which can, in turn, have a positive or negative impact on the economy as a whole. Alternatively, different economic conditions can affect the stock market as well.

Here are a few ways the stock market can affect the economy of a country:

— Movements in the Stock Market

The movements in the individual prices of stocks give the stock market a volatile character. As stock prices move up or down, their volatility can have a positive or negative impact on consumers and businesses.

In the event of a bull market or a rise in the prices of stocks, the overall confidence in the economy increases. People’s spending also increases as they become more optimistic about the market. More investors also enter the market and this feeds into greater economic development in the nation.

When the prices of stock fall for a continuously longer period, also known as a bear market, it has a negative effect on the economy. People are pessimistic about the economic conditions and news reports on falling stock prices can often create a sense of panic. Fewer investors enter the market and people tend to invest in lower-risk assets which further depresses the state of the economy. 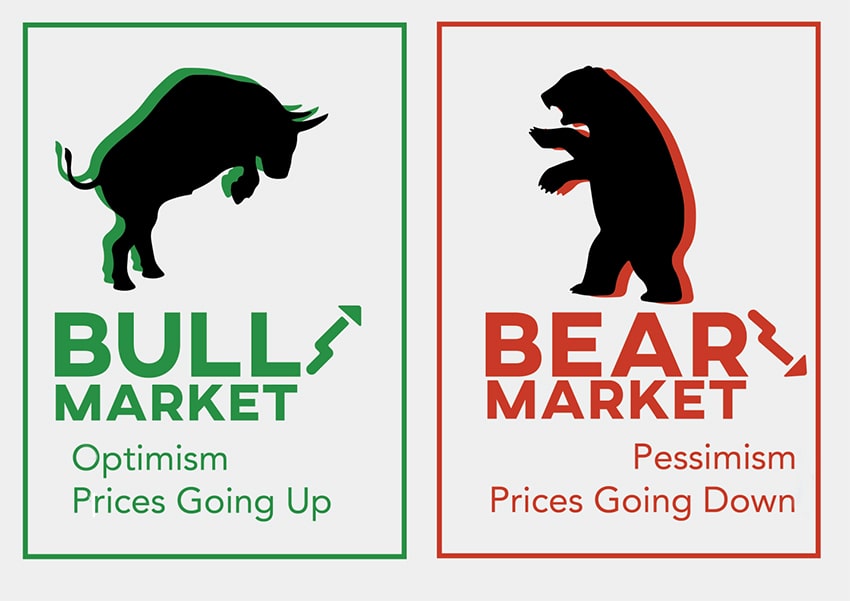 — Consumption and the Wealth effect

When stock prices rise and there is a bull market, people are more confident in the market conditions, and their investment increases. They tend to spend more on expensive items such as houses and cars. This is also known as the wealth effect which is how a change in a person’s income affects their spending habits and eventually leads to growth in the economy.

In the case of a bear market or a fall in stock prices, there is a negative wealth effect. It creates an environment of uncertainty among consumers and a fall in the value of their investment portfolios decreases spending on goods and services. This affects economic growth as consumer spending is a major component of Gross Domestic Product.

A common situation of the wealth effect was during the US housing market crash of 2008, which had a large negative impact on consumers wealth. 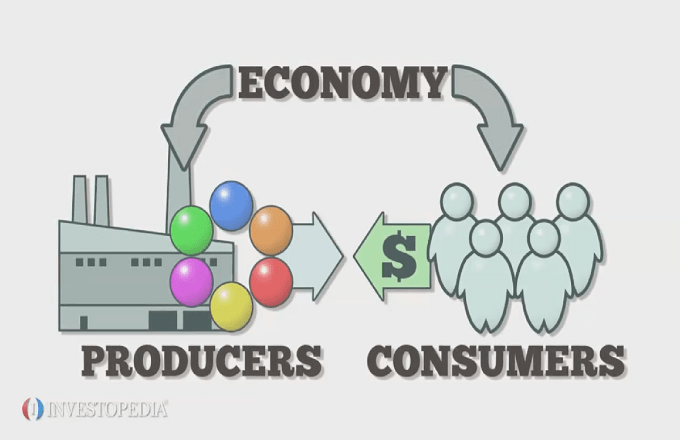 When stock prices are high, businesses are likely to make more capital investments due to high market values. Many companies issue an IPO during this time as market optimism is high and it is a good time to raise capital through the sale of shares. There is also more mergers and acquisitions during a bull market and firms can use the value of their stock to buy out other companies. This increased investment feeds into greater economic growth.

The stock market also affects the bond market and pension funds. A large part of pension funds are invested in the stock market and a decrease in the price of shares will lower the value of the fund and affect future pension payments. This can lower economic growth as people who depend on pension income will tend to save more and this lowers spending and eventually the GDP.

While a fall in share prices has a negative impact on economic growth and GDP of a nation, it has a positive effect on the bond market. When there is a depression in the stock market, people look for other assets to invest their money in such as bonds or gold. They often provide a better return on investment than shares in the stock market.

Remember, it is always important to diversify your investment portfolio and spread your risk. Don’t throw all your eggs into one basket. 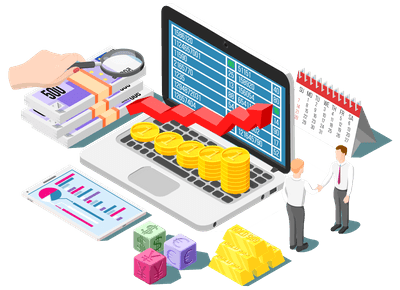 Final Thoughts: Stock market and Economy are not the same

Contrary to popular belief, the stock market and the economy are two different things. The GDP of an economy and the stock market gains are incompatible and, in fact, there is little comparison between the two. The major reason for this discrepancy is the difference in the size of the two markets. The economy depends on millions of factors that can have both a positive and negative impact, while the stock market is only affected by one factor, the supply and demand of stocks.

For investors in the stock market, it is better to err on the side of caution and focus on the fundamentals of each stock rather than on the economy as a whole. As the saying goes ‘an economist is a trained professional paid to guess wrong about the economy’.