What is Ponzi Scheme? And How to Protect Yourself from it?

Understanding what is Ponzi Scheme and how to safeguard yourself from this plague: Frauds and scams are part of our lives for a very long time. From corporate frauds, government official frauds to individual scams, our society has witnessed all. Time and again we have heard of big scams like Indian Coal Allocation Scam 2012 – Rs 1,86,000 Crore, 2G Spectrum Scam 2008 – Rs 1,76,000 Crore, Commonwealth Games Scam 2010 – Rs 70,000 Crore, Satyam Scam 2009 – Rs 14,000 Crore, etc.

However, one such scam which is quite common but never came in a lot of notice or fame for the retail people is “Ponzi Schemes”. Although a lot of people have lost lakhs of rupees in these schemes, however, most of our population still do not understand what exactly are these and how they work. In this article, we are going to demystify this fraud and discuss what is Ponzi scheme, it’s history, some infamous Ponzi Schemes and how investors and common people can safeguard themselves from such fraudulent tricks. Let’s get started.

What is Ponzi Scheme?

A Ponzi scheme is an investment scam where returns are paid to existing investors from funds contributed by new investors. In a Ponzi scheme, investors are duped by being promised high returns with little or no risk on their investments. The scammers then rely on cash flow from recent investors to provide returns to older investors. The scam runs along the lines of ‘Robbing Peter to pay Paul’.

Here the investors have no idea from where their returns come from. They are misled to believe that the returns are being generated from the success of a business opportunity or the superior skills of a portfolio manager. At the initial stages, if an investor wishes to withdraw money, the scammers ensure that this is done promptly in order to gain the investors’ trust. The liquidity coupled with the superior returns results in a social feedback loop where current investors amazed by the returns suggests it to their friends and relatives.

A Ponzi scheme, however, can only exist as long as new investors keep entering the scheme as their money is used to provide returns to the older investors. If at any time a huge number of investors demand their money back at once or if new investors stop coming in, the scheme stops functioning and the scam is unraveled. India too has had an ugly history with Ponzi schemes. 978 Ponzi schemes have been identified in India, 326 of them being from Bengal alone.

The scheme is named after a man called Charles Ponzi, an Italian who committed the fraud a century ago. He promised to pay investors a 50% profit within 45 days or 100% profit in 90 days. He claimed that he was able to raise the profits by acquiring Postal Reply Coupons from countries where it was cheaper and sell these coupons in countries where they were being sold at a higher.

However, using arbitrage could never generate such magnitude of profits in order to generate 100% returns in 90 days. The investors, however, did receive their returns initially but what Ponzi did here was just take investments that were coming in from newer investors and pay off the older investors.

As investors kept pouring in, Ponzi opened a new office and hired agents to create an aura of trust and further scale the fraud. Ponzi was soon raking in a million a per day within a year. Ponzi during this period lived a luxurious lifestyle further investing in a macaroni and wine company. The scheme eventually got too big and failed to bring in new investors. 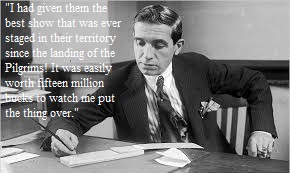 At this point, the scam began unraveling. Investors lost close to $20 million (approx 193 million in 2019). Investors were able to recover only 30 cents to a dollar they had invested. The scam also brought down 6 banks in The United States.

How is the Ponzi Scheme different from a Pyramid scheme?

In a Pyramid scheme, it is made clear to investors that in order to gain returns they have to recruit new investors. The new investors further have to do the same after the initial investment and so on. In addition to this investors at times are also given a right to sell a product in exchange for a commission which also turns a pyramid scheme into a marketing and sales campaign.

Some Other Infamous Ponzi Schemes.

The phrase ‘ Give the devil his due’ suits no one better than Bernie Madoff and his Ponzi Scheme. This is due to the size, period, and the ruse implemented by Bernie Madoff. Bernie Madoff was a pioneer in the investing world as he brought forward the advent of trading using electronic systems, and hence NASDAQ. He was also looked up to as he served as the non- executive chairman of the NASDAQ for 3 terms( 1990-93). 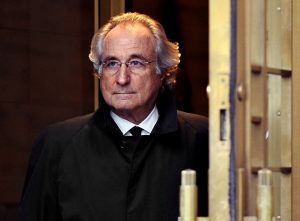 Bernie Madoff was convicted in 2009 which came as a shock to the investing world. But what is even more shocking is that he was only caught in 2008 for a scam investigators believe he started as early as 1964. Bernie Madoff had been described as a very charismatic individual which definitely helped in attracting naive investors towards his scam.

We notice his brilliance as unlike other Ponzi schemes, not everyone was even allowed to invest in his scam. Madoff allowed investors to invest only if they were vouched for. This made it seem like an exclusive club and a privilege to have your money handled by Madoffs investment firms. But what enabled Madoff to sustain the scheme for so long was that unlike other Ponzi Schemes Bernie offered his clients returns of only 10%. This made it look like a conservative investment. In addition to this, he also had a backroom team that created fictitious financial statements and periodical reports to further deceive the investors. 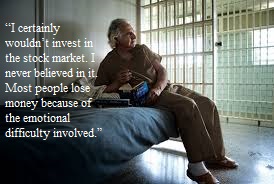 The Bernie Madoff scheme unraveled in 2009 thanks to the housing crisis. A total of $36 billion was invested into the scam, of which $18 billion was recovered.

Plustoken a crypto from China received investments of $2 billion. They did this by marketing themselves as a crypto wallet service. Here the investors were promised higher returns if they exchanged Bitcoin or Ehereum in exchange for Plustoken’s own crypto. This scheme was just another Ponzi were over 3 million investors were cheated.

Plustoken scammers managed to cash out $185 million worth of bitcoin before they were caught. They even tried to cover their tracks by making 24000 transfers using 71000 different bitcoin addresses.

How do you protect yourself from Ponzi Schemes?

1. High investment returns with little or no risk

Any investment opportunity that says this is a major flag that actually says you are never getting your money back. It is best to apply one of the basic rules of investing here that only with greater risk comes with greater reward. Low risk is accompanied by lower returns. Investors should also beware of words like ‘ everyone else is doing it and profiting’ as these create a fear of missing out.

Investments react to market trends barring a few outliers from time to time. If you are given proof or notice that the investments are able to generate consistent returns regardless of the market going through extended bearish periods, then it is another red flag. Bernie Madoff’s investment firm delivered consistent returns of 8-10% every year regardless of market trends. This was a major red flag that investors missed. 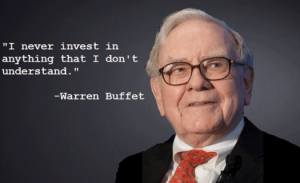 Scammers in the crypto world have made use of this obliviousness that investors had towards the working of a cryptocurrency.

4. Believe numbers and data over individuals

Scammers generally have charismatic qualities that attract people towards them. Bernie Madoff was always seen as the most genuine individual until the scam broke out. He was described as a person always reachable by phone. Investors have even claimed that he attended funerals when one of their loved ones passed away as a sign of support. This quality allowed Bernie to gain the trust of potential investors at the synagogues he prayed in and the country clubs he hung out in. 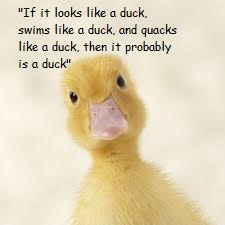 It is always best to perform background checks when we are presented by investment opportunities by individuals. This can be done by verifying the firm’s registration numbers.

And Finally, a lot of time going with your gut feeling can also help…