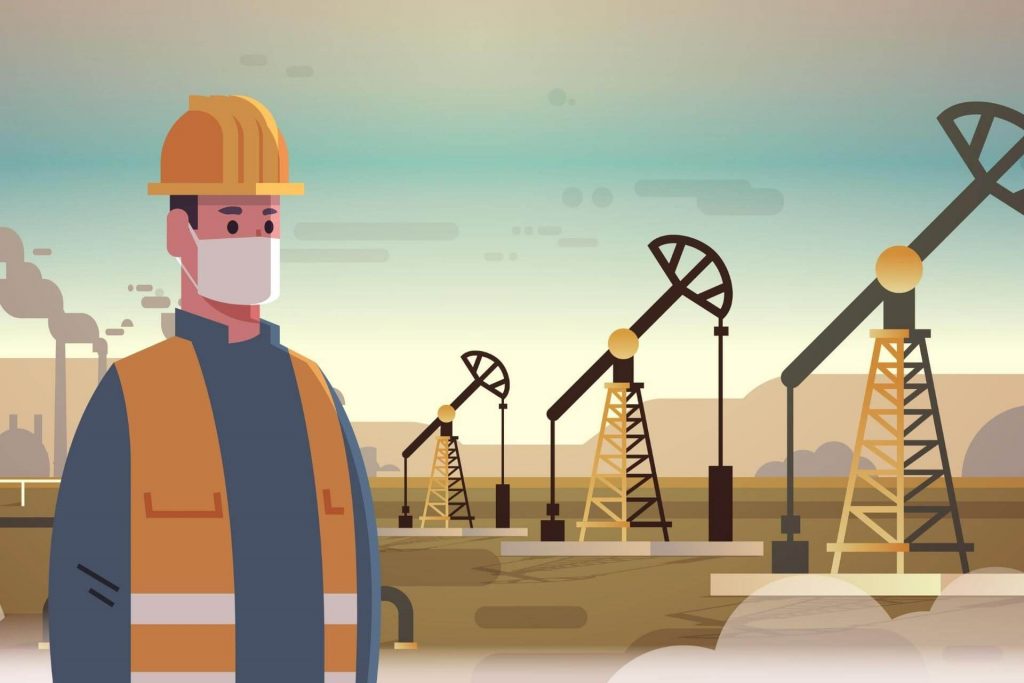 Oil and Petroleum Industry in India: Where to invest?

Understand the Oil and Petroleum Industry in India and its major players: The Oil and Petroleum Industry in India has been among the eight core industries that contribute largely to the GDP of India. India is the 3rd largest Oil Consumer in the world after USA and China. It already attained 63% of the energy self-sufficiency by 2017 due to its increased attention to the promotion of alternative sources of energy namely, wind, solar and nuclear energy.

The stock market for Oil and Petroleum products also has started showing surge due to the announcement of the Government’s privatization program resulting in more global energy players showing interest in buying a majority stake in the Bharat Petroleum Corporation.

This article aims to provide the latest trends in the Oil and Petroleum Industry in India including its market size. Later, we will talk about the big players in this industry in India. Let’s get started.

It is important to note that India’s economic growth is largely related to its demand for energy. The projections reveal that the need for the energy sector in oil and gas is expected to grow and therefore, investors consider investment opportunities in this sector in India.

Additionally, the Government of India has also adopted certain policies to cater to the industry with maximum investments. Hence, it has allowed 100% Foreign Direct Investment (FDI) in this sector including petroleum, natural gas, and refineries. This is evidential from the latest developments in Reliance Industries Limited, Cairn India, and Bharat Petroleum Corporation. As the fastest-growing sector, investors see promising returns in this sector.

Market Size of Oil and Petroleum Industry in India

Now, let us talk about the numbers to understand the market size of the oil and petroleum industry in India better:

According to the senior-most market technical expert, CK Narayan, the crude oil prices will continue to grow as he analyzed after the biggest downfall during the recent pandemic, it has risen to $44 and will continue to rally further. Mr. MK Surana, the CMD of Hindustan Petroleum also predicts the surge in the price of crude oil in the last quarter of the year 2020 over $45. He also finds the Indian refinery sector as promising due to their ability to get established at the world-class level.

It is indeed worth to mention here that the petroleum and natural gas sectors were able to grab US$ 7.82 billion during the 10 years April 2000 to March 2020, according to the Department for Promotion of Industry and Internal Trade Policy (DPIIT). The initiative from the Government to set up bio-CNG plants has allowed them to spare US$ 1.1 billion to promote clean fuel.

Natural Gas production also is going to be increased to 15% by 2030 and the top players of the Liquified Natural Gas producers aim to have 1,000 LNG stations across the country which is something that will attract more investors. According to Rajeev Mathur, an executive director of GAIL (India) Ltd, the natural gas demand will be increased by 3-4% by end of March 2021. ONGC has raised US$ 300 billion through the External Commercial Borrowing.

The government is planning to invest US$ 9.97 billion to expand the gas pipeline network. The Government also approved fiscal incentives to improve recovery from oil fields with an intention to lead the hydrocarbon production to Rs. 50 lakh crores in the next 20 years.

Top Players in Oil and Petroleum Industry in India

As the world’s largest refining hub, RIL’s Jamnagar, Gujarat’s plant has a refining capacity of 1.24 mbpd. Until June 2020, its segment revenue from oil and gas was US$ 455.53 million.

Its Petroleum segment has a vast network of over 1300 fuel retail outlets across the country. It becomes the first company to have the market capitalization of over Rs. 13.75 lakh crores in India.

ONGC, as the largest crude oil and natural gas company of the country, signed a Memorandum of Understanding (MoU) with NTPC to set up a Joint Venture for the renewable energy business in India. Its market cap is more than Rs. 1.04 lakh crore.

ONGC Videsh – subsidiary of ONGC, which is India’s biggest International Oil and Gas Company, has made new oil discoveries in Colombia and Brazil as part of its Energy strategy 2040. The company also signed an MoU with ExxonMobil for offshore blocks.

This company has set up the country’s first LNG receiving and regasification terminals and has a market cap of Rs. 38,227.5 crore. The company is expecting partnerships with fuel and gas retailers on LNG stations for long haul trucks and buses. With the aim to set up 300 LNG stations by 2023, it is planning to set up 1,000 LNG stations over a period of time across the country.

IOCL focuses on the safety of India’s energy sector and self-sufficiency in refining & marketing of petroleum products with over 47,800 customer touchpoints. It has a market capitalization of Rs. 1.71 crore and contributes the highest to the national exchequer by way of duties and taxes.

In March 2020, it started supply of the world’s cleanest petrol and diesel across the country and it is also planning to invest Rs. 500 crores in Karnataka.

A public sector company and the second-largest in hydrocarbon exploration and production, Oil India Limited shares are showing increasing trends. Despite blowouts at one of its sites, there are predictions from the market experts that they will be able to recover and prices will be better gradually. It has a market cap of Rs. 10,291.01 crore.

Also read: Passenger Vehicles Industry in India: How much competitive is it?

Succinctly, the energy sector in an Indian economy is growing faster than any other major economies. The industry experts also predict the energy demand to double by 2035. Moreover, the country’s contribution to the global primary energy consumption is also estimated by the analysts to double by 2035.

Therefore, the oil and petroleum sector look promising for the country and the coming years are going to be remarkable in terms of demand, consumption as well as the growth point of view.