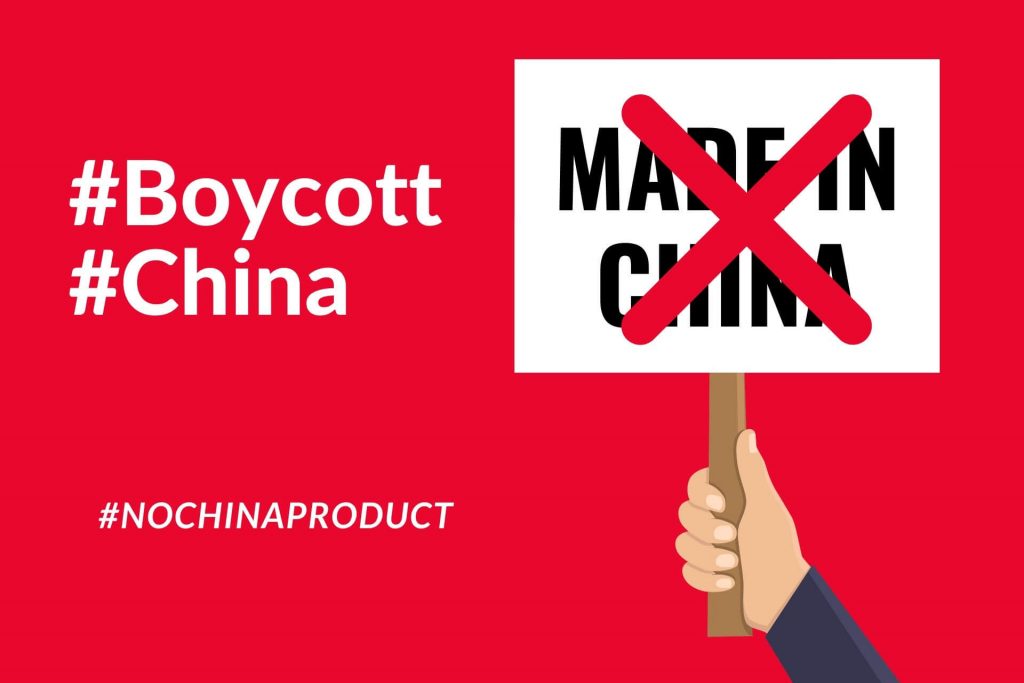 How to Boycott China in India – The Right Way?

Let’s discuss how to Boycott China and Say No to Chinese Products in India the correct way: The recent announcement by The Confederation of All India Traders (CAIT) on boycotting 3,000 Chinese products has taken its toll in the entire country post the border standoffs between India and China. The CAIT believes this campaign is necessary to make China understand that they will have to bear the repercussions of standing by Pakistan. The CAIT also launched a national campaign called ‘Indian Goods- Our Pride’ to promote local goods and ban Chinese goods.

The ongoing pandemic has affected the economy so much that our Prime Minister too in his speech to the public urged everyone to support local businesses and to promote them started a ‘vocal for local’ campaign. While all of these is happening everywhere, the underlying question that remains yet to be answered is how is this campaign of boycotting Chinese products going to be effective, and what are its consequences on our GDP? Is it possible at all? If it is possible then what should be the ideal approach? Let us understand the practical impact and its impact in the future, both long-term and short-term.

Factors Accompanying and Favoring This Campaign

The Economic fall down has made everyone think twice before they buy anything from anywhere. While a lot of people are getting jobless and undergoing salary cut situations, it is also important to have a look at how compatible our infrastructure and resources are to enable those job seekers to get permanent employment that solves our country’s unemployment issue as well. Therefore, campaigns such as ‘Local for Vocal’, ‘Indian Goods – Our Pride’ are being promoted recently. Boycotting Chinese products is the first thing that comes under the Government’s eye as Chinese products share a huge market of Indian customers as they are way too cheaper than our Indian products. 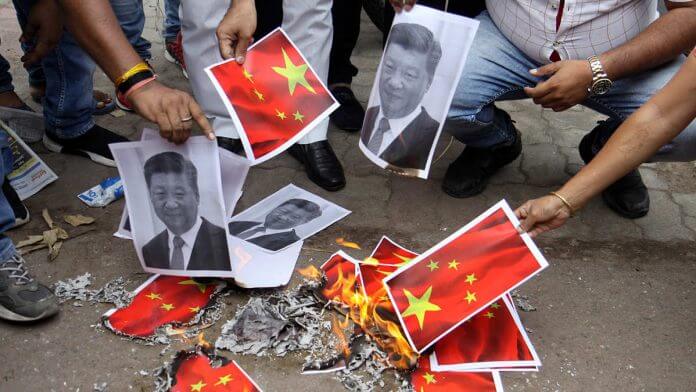 The benefits of boycotting Chinese products are going to help our Indian local businesses only in the long run. When the local products and local businesses are uplifted our army will get the necessary equipment to fight for our nation. As Mr. Sonam Wangchuk explains in his video which has gone viral, the Chinese army is well equipped to fight against us as we use their products and pay very well for it. Instead, if we use local products and make our army stronger, it will not only boost our national goods but also help our soldiers to fight for us.

According to him, it is our utmost duty to stand by our country’s army and do whatever possible we can. On the other hand, when Chinese companies will lose the Indian market, there will also be a huge drop in their economy as well. The messages on uninstalling the TikTiok App are also flooding the social media sites these days which is quite encouraging to see how most of the people have accepted this campaign.

Analyzing the Flip Side

The traders’ body CAIT asked to implement 500% duty on imports from China after China supported Pakistan to remove article 370 in J&K. This will make Indian products costly reason being India imports many raw materials from China only. This move is called a politically inspired campaign as it sounds more impractical than realistic.

The primary factor why Chinese products are so popular in India is that they are sold at quite cheap rates as opposed to Indian products. It is also a fact that India imports seven times from China than it exports to them. Not only these, but India also imports smartphones, laptops, electrical devices, and medicinal drugs from them. Boycotting these products will only reduce India’s GDP to a large extent. The supply chains are interlinked geographically so much that banning Chinese products will break the entire production process. The reason being many small and medium businesses use components made in China or use the machineries to produce the goods that are made in China.

Many Chinese firms established their branches in India post-launch of ‘make in India’ campaign. These branches have provided employment to many Indian workers. Chinese products ban will have an adverse impact on these branches and that may result in a rise in the unemployment rates. Surprisingly, we all are so used to Chinese products that boycotting them would have a psychological impact on us. In fact, everything that we use daily has a bit of Chinese involvement in it.

Be it either an app or a smartphone, or a laptop, or any raw material for a product manufactured in India. The talks are also happening around Alibaba’s founder Jack Ma’s statement on India’s manufacturing companies’ work culture.

As seen from the above table, the market share of Chinese Products is huge in many sectors. Boycotting these products all of a sudden is not going to make India self-reliant. There is a still long way to go. Banning these products will not only force people to buy costlier products but also it will contract the country’s GDP drastically.

Hence, there are few reasons why we should boycott Chinese products but at the same time, strong arguments and challenges are on their ways to explain why this campaign is not going to work if a concrete strategy is not made. The trade war is not only going to decrease the market of the Chinese product in India, but it is also going to hit the Indian economy as well.

The Failure of Past such Campaigns

It is evident from the past history of such campaigns that apparently could not be successful and there were many reasons behind it. China’s campaign of boycotting Japanese goods to object against Japanese colonization, US’s campaign to ban French products to protest against France’s disagreement to send army forces to Iraq after 9/11 attack and Middle East countries’ ban on American & Israeli products to support their campaign on Palestine have witnessed failures only and did end up leaving the idea very soon.

From the above past records, it does not seem a bit pragmatic for India to implement so quickly this campaign. However, we can always look at the reasons that went wrong in the above cases and learn from that so that the implementation can be effective.

How to Boycott China and ensure the Victory on this Campaign?

The ‘Systematic Way’ of his appeal suggests to boycott using software that is made in China in a week’s time, hardware in one year’s time, finished products and non-essential items to be also boycotted in a year’s time and slowly and gradually once we are used to these, we can move to boycott essential products and raw materials in the coming few years. This strategy is for more than a year, and it will give the necessary time and scope for local businesses and manufacturing companies to be well prepared for the substitutes in the near future. 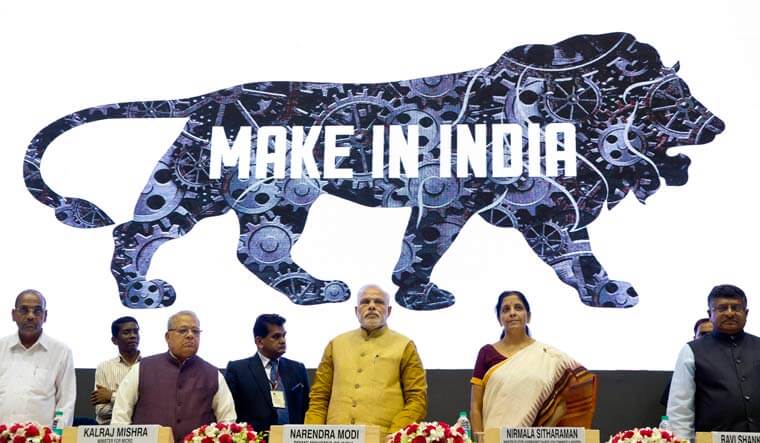 In China, the government provides corporate loans at much cheaper rates. The Indian government too can come up with a plan where local companies and businesses are encouraged to manufacture the products that are being imported from China also by reducing loan interest rates. The infrastructure and other related services should also be made easy and faster to enable our companies’ products to be competitive globally.

In the time of the global disease outbreak, when people are either losing their jobs or experiencing reduced income, boycotting cheaper products, and promoting expensive local products may not last long. The existence of a huge market share of Chinese products in the Indian market is definitely going to hit our GDP to a greater extent. However, a systemic approach of gradually stop using Chinese products where we can find its substitutes and there is a scope for our manufacturing industry to reach to high quality and low-cost expectation may lead this campaign to a new successful level.

As citizens, our contribution can be in the form of getting used to other substitutes and slowly stop using Chinese products to promote our local businesses, and it is indeed everyone’s duty. The government’s role in this is to provide necessary support – financial or otherwise, robust infrastructure and constant efforts to make our manufacturing industry compatible to produce cheaper products with no compromise on quality. With the mutual efforts and systematic boycott approach, we will be able to make it reach its expected level.