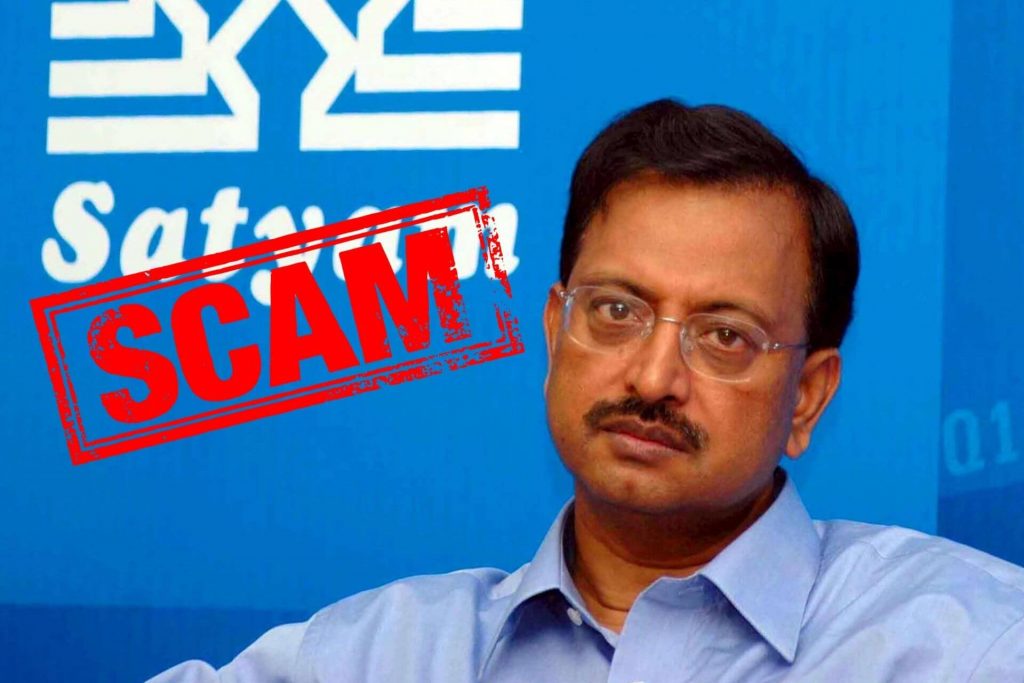 A Case Study on ‘Satyam Scam’ Accounting Scandal: When the 2008 recession hit the world, India was only going through a financial crisis but also an ethical crisis. Imagine a hypothetical scenario in the stock market where the very basic financials provided to you by a company are manipulated. This was what happened with Satyam Computer Services.

The Satyam scam was finally exposed early in 2009. Analysts dubbed the scam as India’s own Enron. Today, we take a look at the scandal that hit the nation in the midst of a recession was carried out, its effects, and how it was dealt with.

Satyam Computer Services Ltd was founded in 1987 in Hyderabad by brothers, Rama Raju and Ramalinga Raju (henceforth Raju). The name in the ancient Indian language Sanskrit meant ‘Truth’. The firm began with 20 employees offering IT and BPO services across various sectors.

The initial success of the company soon led to it getting listed and opting for an IPO in the BSE in 1991. Post this the company soon got its first Fortune 500 client- Deere and Co. This further allowed the business to grow rapidly into becoming one of the top players in the market.

Satyam soon became the fourth largest IT software exporter in the industry after TCS, Wipro, and Infosys. 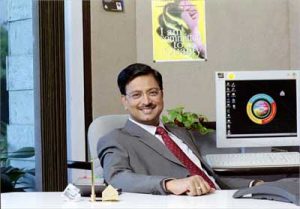 At the peak of its success, Satyam employed more than 50,000 employees and operated in 60+ countries. Satyam was now seen as the prime example of an Indian Success story. Its financials too were perfect. The firm was worth $1billion in 2003. Satyam soon went on to cross the $2billion mark in 2008.

During this period the company had a CAGR of 40%, operating profits averaging 21% with a 300% increase in its stock price. Satyam was now an example to other companies as well. It was showered with accolades from MZ Consult for being a ‘leader in Indian Corporate Governance and Accountability, the ‘Golden Peacock Award’ for Corporate Accountability in 2008. Mr. Raju too was revered in the industry for his business acumen and was awarded the Ernest and Young Entrepreneur of the Year Award in 2008.

Late in 2008, the board of Satyam decided to takeover Maytas a real estate company owned by Mr. Raju. This did not sit well with the shareholders which led to the decision being reversed in 12 hours, impacting the stock price. On December 23rd the World Bank barred Satyam from doing business with any of the banks’ direct contacts for a period of 8 years.

This was one of the most severe penalties imposed by the World Bank against an Indian outsourcing company. The World Bank had alleged that Satyam had failed to maintain documentation to support fees charged to its subcontractors and the company also provided improper benefits to the banks’ staff.

But were these allegations true? At this point, Satyam was India’s crown jewel! Just 2 days later Satyam replied demanded the World Bank to explain itself and also apologize as its actions had damaged Satyams investor confidence.

Satyam Scam: What was behind the Curtains?

As the investors were still coping up with the failed acquisition of Maytas and the allegations by the World Bank on January 7th, 2009 the markets received the resignation by Mr. Raju and along with it a confession that he had manipulated accounts of Rs. 7000 crores. Investors and clients all around the World were left shocked. This just couldn’t be happening!

In order to understand the scam, we would have to go back to 1999. Mr. Raju had begun inflating the quarterly profits in order to meet the analyst expectations. For eg the results announced on October 17, 2009, overstated quarterly revenues by 75% and profits by 97%. Raju had done this along with the company’s global head for internal audit.

Mr. Raju used his personal computer to create a number of bank statements in order to inflate the balance sheet with cash that simply did not exist. The company’s global head for internal audit created fake customer identities and fake invoices in order to inflate the revenue. This, in turn, would allow the company easy access to loans and the impression of its success led to an increase in the share price.

Also, the cash that the company had raised from the markets in the US never even made to the balance sheets. But this was not sufficient for Raju, he went onto create records for fake employees and would withdraw salaries on their behalf.

The increased share price drove Raju to get rid of as many shares as possible and maintain just enough to be a part of the company. This allowed Raju to make profits from their sales at high prices. He also withdrew $3 million every month as salaries on behalf of employees that did not exist. 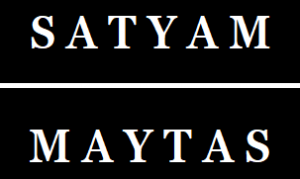 But where did all this money go? Although Raju had set up a great IT company, he was also interested in the real estate business. The real estate business in the early 2000s was booming in Hyderabad. It was also rumored that Raju knew the plan(route) for a metro that was to be built in Hyderabad. The foundation of the metro plans was laid in the year 2003. Raju soon diverted all the money into real estate with hopes to make a good profit once the metro was functional. He also set up a real estate company called Maytas.

But unfortunately, just like every other sector the real estate sector too was hit badly during the recession of 2008. By then almost a decade of manipulation of the financial statements had led to the hugely overstated assets and underreported liabilities. Nearly $1.04billion in bank loans and cash that the books showed was nonexistent. The gap was simply too big to fill!

By now whistleblowing attempts were also starting to arise. Company director Krishna Palepu received anonymous mails by the alias Joseph Abraham. The mail exposed the fraud. Palepu forwarded it to another director and to S. Gopalkrishnan a partner at PwC – their auditor. Gopalkrishnan assured Palepu that there were no truths in the mail and a presentation would be held before the audit committee in order to assure him on 29th December. The date was later revised to 10th January 2009.

Despite this Raju had a last resort. The plan included a takeover of Maytas by Satyam which would bridge the gap that had accumulated over the years. The new financials would justify that the cash had been used to purchase Maytas. But this plan was foiled after shareholder opposition. This forced Raju to put himself at the mercy of the law. Raju later mentioned It was like riding a tiger, not knowing how to get off without being eaten.

Satyam Scam: How Raju was able to get away with the Scandal?

The next big question while studying this big scandal is how was Ramalinga Raju able to get away with Satyam Scam in a company of over 50,000 employees?

The answer to this lies in the miserable failure of PriceWaterhouseCoopers(PwC) their auditor. PwC was the external auditors to the company and it was their duty to examine the financial records and ensure that they are accurate. It is surprising how they did not notice 7561 fake bills after auditing Satyam for almost 9 years.

There were multiple red flags that the auditors could have caught upon. Firstly a simple check with the banks would have revealed that the bills were not valid and the cash balances were overstated. Secondly, any company with that big of cash reserves as Satyam would at least invest them in an interest yielding account.

But that was not the case here. Despite these obvious signs, PwC seemed to be looking the other way. Suspicion towards PwC was later increased when it was found out that they were paid twice the fees for their services.

PwC was not able to detect the fraud for almost 9 years but Merrill Lynch discovered the fraud as part of their due diligence in merely 10 days.

The Aftermath of Satyam Scam Exposure 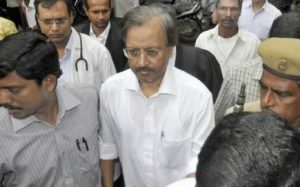 Two days after the confession was made Raju was arrested and charged with criminal conspiracy, breach of trust, and forgery. The shares fell to Rs.11.50 on that day compared to heights of Rs.544 in 2008. The CBI raided the house of the youngest Raju sibling where 112 sales deeds to different land purchases were found. The CBI also found 13,000 fake employee records created in Satyam and claimed that the scam amounted to over Rs. 7000 crores.

PwC initially claimed that their failure to catch the fraud was due to the reliance placed by them on information provided by the management. PwC was found guilty and its license was temporarily revoked for 2 years. Investors too became vary of other companies audited by PwC. This resulted in their share prices of these companies falling by 5-15%. The news of the scam led to the Sensex falling by 7.3% 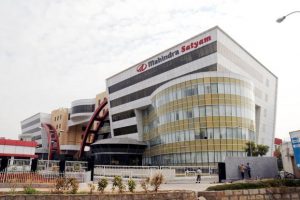 The Indian stock markets were now in turmoil. The Indian government realizing the impact this could have on the stock markets and future FDIs immediately spurted to action. They began investigating and quickly appointed a new board to Satyam. The board’s goal was to sell the company within the next 100 days.

With this aim, the board appointed Goldman Sachs and Avendus Capital to help fast track the sale. SEBI appointed retired SC justice Barucha to oversee the transaction in order to instill trust. Several companies bid on April 13, 2009. The winning bid was placed by Tech Mahindra who went onto buy Satyam for 1/3rd of its value before the fraud was revealed.

On 4th November 2011, bail was granted to Raju and two others accused. In 2015 Raju, his 2 brothers, and 7 others were sentenced to 7 years in prison.

There has been no scam that affected the CA and audit firms like the Satyam Scam. The increasing nature of these scams has made dependence on such professionals much more crucial highlighting the importance of ethics and CG in their roles.

White-collared crimes like these do not only make the company look bad but also the industry and the country.