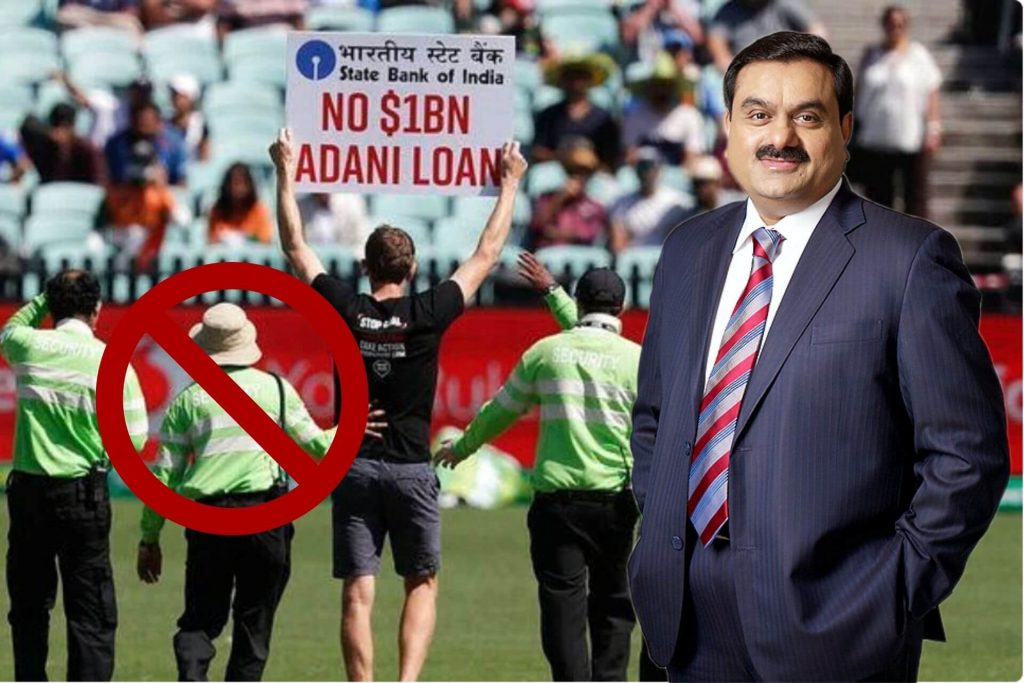 SBI’s $1Billion Loan to Adani Controversy: If you’re an active cricket fan, you might have watched that on the first ODI between India and Australia at the Sydney Cricket Ground on Friday, 27 November, two spectators from the audience ran onto the ground protesting “Stop Adani”. They barged into the field of play holding banners that said, “State bank of India, no $1bn Adani Loan”.  Their t-shirts also read captions- #Stop Coal, #Stop Adani, No loan. If you’re not aware of the issue, they were simply protesting against the controversial coal project by the Adani Group.

In today’s article of Market Forensics by Trade Brains, we’ll be discussing what is this Stop Adani Movement and What is SBI’s $1Billion Loan to Adani Controversy. Let’s get started.

What mired the controversy was the fact, that there has been a constant protest from the environmental groups and local authorities against setting up a coal mining facility in Carmichael Coal mine in Australia.

Adani acquired the coal mine in Galilee Basin in 2010 and was expected to produce, every year, 8-10 million tonnes of thermal coal ⁠— allegedly of low quality with high ash content⁠— to generate electricity. However, Australians are protesting against the controversial coal project by the Adani Group.

In 2014, even SBI had backed away from the loan following the backlash and it had stated it was just an MoU and no money was lent to Adani. Now, after six years, a lot has changed and all the required authoritative approvals are in place and Adani is set to start production of coal in 2021.

What’s the RISK for SBI to grant a loan to Adani?

In a report published by Financial Times, the total outstanding debt of the Adani group on November 11 was estimated at $30 bn ($7.8 bn in bonds and $22.3 bn in loans). High debt is not a new phenomenon in the Indian business market, but the rapid pace of expansion along with debt is sometimes a cause of concern.

“House of Debt”, a report published by Credit Suisse in 2015, has warned that Adani group was one of 10 conglomerates under severe stress that accounted for nearly 12% of the banking loans. However, regarding this issue, SBI can say that the Adani group has a history of always paying back their debt on time and they have never defaulted. After receiving all the regulatory clearances to set up the coal mine, why should it (SBI) miss out on an opportunity of earning profits from lending.

Further, the Adani group does not have a scarcity or lack of international conglomerates willing to join hands with their group. Earlier in the month of November, the Adani group announced a strategic collaboration in Hydrogen and biogas with Italian gas and infrastructure group, Snam.

Amundi is a french based Asset Management company with a total of more than 1650 billion euros of assets under management. It is one of the largest investors in State Bank of India and has threatened to sell all the green bonds investment in SBI unless it stops its schedule to loan Rs. 5,000 crores to Adani.

According to Jean Jacques Barberis, Director of the Institutional Corporate Clients Division & ESG, “We believe that SBI should not finance this project,  but ultimately it’s their decision but we’ve been extremely clear on the fact that if they decide to do it, we would immediately disinvest the investment made in SBI green bond. Financing the mine would be in “total contradiction” to the SBI activities financed through its green bond.”

Why Environmental groups and locals are criticizing this project?

The project has evoked sharp criticism from the locals and environmental groups, who claim that the coal mine would produce 200 million tonnes of carbon dioxide during its life of 60 years. This coal mine is located in a very pristine area, and its approval is sharply opposed as there is a view that it can affect the Great Barrier Reef.

According to data published on www.stopadani.com, if this mine is built, Adani’s Carmichael mine will:

Critically, if allowed to go ahead, Adani’s Carmichael coal mine will unlock the Galilee Basin – one of the world’s largest untouched coal reserves – paving the way for at least eight more coal mines to be built. All at a time when scientists are warning we can’t build any more fossil fuel infrastructure if we want to avoid catastrophic global heating. 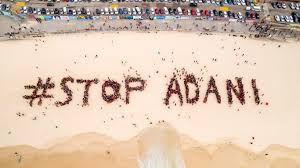 Other Criticisms on Adani Group Project

Here are a few other criticisms surrounding the STOP Adani movement and Adani Group coal project:

It remains to be seen as to what will be the stance of SBI towards this Stop Adani issue. But one this is for sure, both Adani and SBI will have to cope with a lot of criticism and backlash they go ahead and continue with this project.