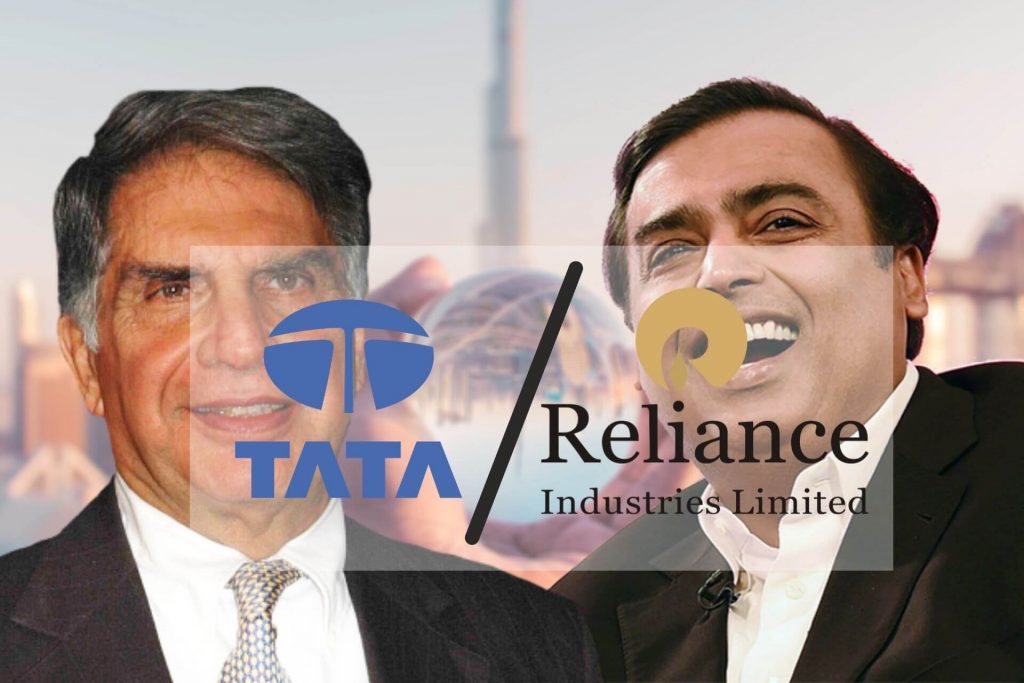 Tata vs Reliance Group Comparison: Everywhere in our daily lives, from the calls we make, the internet we use, transportation, groceries, to even the seasoning of our foods we see the names of two Indian titan-sized conglomerates i.e. Tata and Reliance. But have you ever wondered which of these two conglomerates is bigger? In this article, we answer this very question in various areas like total Mcap, revenues, etc.

Tata vs Reliance this past year

In the month of November last year, Mukesh Ambani-controlled Reliance Industries (RIL) became the first Indian company to reach the $200 billion Mcap in September. This also saw a significant increase in the wealth of its promoter, Mukesh Ambani. But soon after the shares of the company fell by 17% losing the status. The reduction led to the valuation of the company dropping to $167.45 billion by November 2020.

But since then the aggregate Mcap of major TATA companies have been icing closer to the $200 billion mark. As of November 27, the total MCap of 18 Tata companies stood at  Rs 14,50,502 crore ($196.11 billion). Tata Trusts control the group companies through the holding company Tata Sons.

The two companies have various differences that affect their style of operations and the way they are run.  The Tata conglomerate is a diverse group of companies running different businesses independent of each other. Reliance on the other hand is run as a single company, controlled by its promoter despise having interests in several businesses. Tata is considered a global brand whereas Reliance is much more concentrated in India despite some of its companies having interests around the world.

When it comes to revenues the Tata group earns greater as they made $106 billion in comparison to Reliances $92 billion. 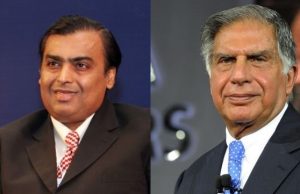 Of all the companies that are part of the conglomerates, it is TCS and Reliance Industries which contribute the most to the respective groups.

TCS alone contributes up to 60% of the Tata group’s value. The company operates globally with a significant market in North America. Reliance on the other hand derives most of its value from being in the tightly regulated domestic petrochemical business. Reliance has come a long way as TCS had been leading in terms of Mcap from 2013 to 2017. It was in April 2017 that Reliance overtook TCS with a Mcap of Rs.4.60 trillion. As of 10 January, 2021 Reliance Industries exceeds TCS Rs.1170875 Crore to Rs.1307141 Crore.

Quick Note: You can find more about the Tata and Reliance Group Business Companies on Buckets section at Trade Brains Portal.

Mukesh Ambani is currently the second richest man in Asia and 14 richest in the world with a net worth of US$74 billion. In comparison, Ratan Tata the patriarch of the Tata family is dwarfed as he barely makes it to the list with a net worth of $1billion.

This, however, is not due to the performance of the two companies. Mukesh Ambani owns a 49.14% stake in Reliance. Ratan Tata on the other hand owns only 0.83% of Tata. This is because 66% of the Tata group is owned by charitable trusts i.e. Sir Dorabji Tata Trust and Sir Ratan Tata Trust and their allied trusts. These trusts are headed by Ratan Tata. If this were not the case Ratan Tata today would have been one of the top three richest in the world.

But these matters are trivial to Ratan Tata as what matters most to him are philanthropic and charity works. Even though Reliance may have exceeded Tata in some other fronts they have miles to go before they catch up with Tata in philanthropy.