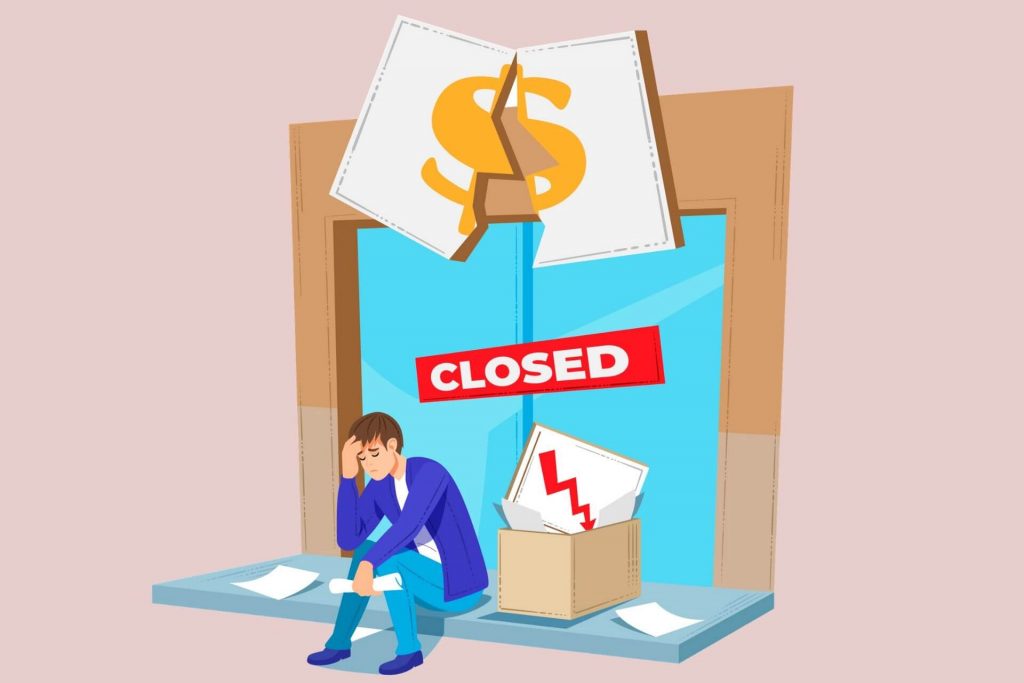 Company Goes Bankrupt: What will happen to your shares?

Understanding what happens to the equity shares when a company files bankruptcy: During the economic volatility period, investors tend to become more alert with regards to their investments in the form of shares of various companies. Generally, they try to sell their stocks if they find out that the company may not do well in the future or it may take longer than expected to recover. In such cases, companies get hit quite badly because investors are reducing and the market volatility affects the share price too.

The current unprecedented time of COVID-19 too is such that the majority of the investors have already taken necessary actions in order to safeguard their investments. The fear of losing money if the company goes bankrupt has made everyone scratch their heads quite often. However, it is not necessary that if a company is bankrupt then investors will certainly lose all of their money but the fact is that the common stockholders are the last ones on the list of preference for payment. There has also been a misconception of using insolvency and bankruptcy as a synonym but they both are different.

Solvency is a financial state or a condition when a person, firm, company, or any other legal entity’s total assets exceed its total liabilities at any point in time and it can meet its long-term debts and financial obligations. The opposite of it is called “Insolvency”.

The inability to repay its debts/obligations is a state of insolvency and it can be temporary as well. Such a situation may rise from poor cash management, increased expenses, reduction in cash inflow, or because of some unpredictable accidents, mishappenings or pandemic situations resulting in huge losses to the entity/firm. Here, the person or an entity is not even able to raise enough cash in order to pay off its liabilities and obligations in the due course.

The state of insolvency usually leads to filing for bankruptcy, although, it can be avoided by taking corrective actions such as negotiating terms with credits and other lenders, cutting down overhead costs to a large extent, and by generating surplus cash. 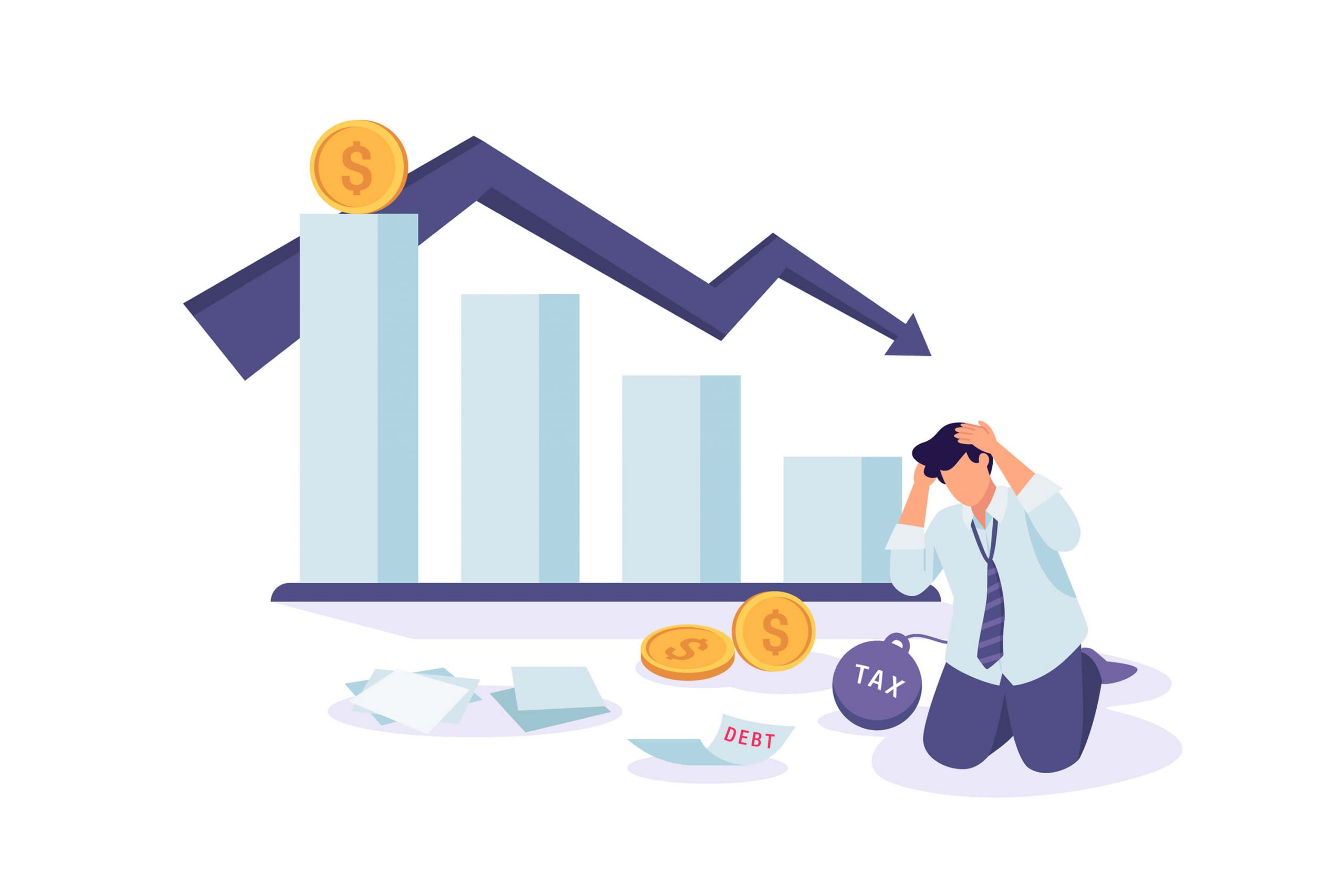 The Bankruptcy, on the other hand, is a legal procedure when an insolvent person or an organization declares its inability to pay off its debts. Under bankruptcy, the person or an entity seeks help from the government to repay its debts and obligations. The bankruptcy does not mean the closure of the company as there may be a chance for the company to recover to its normal state.

When a company files for its bankruptcy, it may ask the government to help the company restructure or reorganize its debts and repayment terms to ease out the repayments. The other option the company may seek from the government is to liquidate the company and decide the order of repayment by realizing cash from its assets.

Technically, the companies themselves file for their bankruptcy but sometimes, creditors may also file the application in the relevant court to declare the company as bankrupt. The Registrar of Companies may also pass a special resolution to declare an entity as bankrupt.

Also read: Is Debt always bad for a company?

What happens when Company Goes Bankrupt?

As discussed earlier, the two options under the Bankruptcy filing procedure provides flexibility to the corporates to either reorganize its debts and get some time to recover or to liquidate the company if the operations have already started closing down.

Not only that, but the company is also given 180 days (further extended by 90 days upon presenting a valid reason) of the moratorium period. In this period, the company cannot transfer its assets or raise cash by itself, no creditor or any other lender can initiate any legal proceedings or enforcement against the company.

The common stockholders’ shares may reduce in value as the restructuring under insolvency affects the company’s share price. Also, since all other creditors and lenders will have more preference over the restructuring terms, the stock value after the reorganization may also get terribly hit. However, if the company proposes a strong plan post the restructuring then investors may be able to get the same value or more in the long term.

The second option of liquidation is more menacing and never liked by the investors. Under the liquidation procedure, the liquidator appointed by the court prepares liquidation terms and order of preference of payment where the common stockholders are the last ones to be paid back their investment. Sometimes, investors may not even get anything against the stock they hold.

— The Order of Preference for the Payment

While liquidating, an important point to mention is that everybody is not always equal in the tiers of creditors. Moreover, each tier must be paid in full before any money is repaid to the next tier. The order of preference under the Bankruptcy is provided under Section 178 of the Companies Act 2013 as provided below:

Quick Note: In the above order of Preference for the Payment, please note that the equity shareholders are last in the line and mentioned at the end. This is because the shareholders are practically the owners of the company and and therefore have accepted a greater risk compared to others.

Due to the unprecedented time recently faced by everyone in our country and across the globe, the government as a part of the stimulus package announced the suspension of initiation of fresh insolvency proceedings for the next six months from 25th March. According to the stated announcement, there will be no default on the part of a company if the default is occurring out of the global disease outbreak.

Moreover, the minimum threshold amount to initiate the insolvency proceedings has also been increased from Rs. One Lakh to Rs. One Crore to cater many MSME sector companies. The government also declared sector-specific relaxations. This indicates that the investors’ money is safe for now and if the government can provide a pre-packaged resolution plan to certain companies then that will save the investors’ investments.

The Pre-Pakaged Resolution Plan (a Pre-Pack) is kind of a remedy provided by the government to the companies facing financial stress where the company and its creditors mutually agree on the sales terms with the buyer before initiating insolvency.

Although, no investor would like his company to file bankruptcy but if that happens, there are examples of companies that filed bankruptcy and came back from the brink of the debt. Below are a few examples of such companies:

The Bankruptcy and Insolvency are always scary for any investor. Being a holder of common stock of a listed company gives the last priority of being paid the invested money back. This is why it is always advisable to study the company before investing.

Studying the financials, due diligence reports, and other such statutory compliance will provide information to a greater extent about the company’s financial health and if they have any plan to file insolvency if their debts are already piling up. Moreover, post insolvency if the companies get better insolvency resolution plans then too the money will be safe.

The IBC 2016 has successfully reduced the time taken for resolution plans and not only that, but the recovery rates for the creditors have also increased over the period of time. Adding to that, the recent relaxations may also prove to be a financial booster for the majority of the MSME sector companies. However, the statistics of last year’s bankruptcy filing show a huge spurt by 123% compared to 2018.

The bottom line should be to study well before investing and be always cautious of what is happening in the company you have invested your money as the bankruptcy procedures can be sometimes painful or it may turn out to be a game-changer.