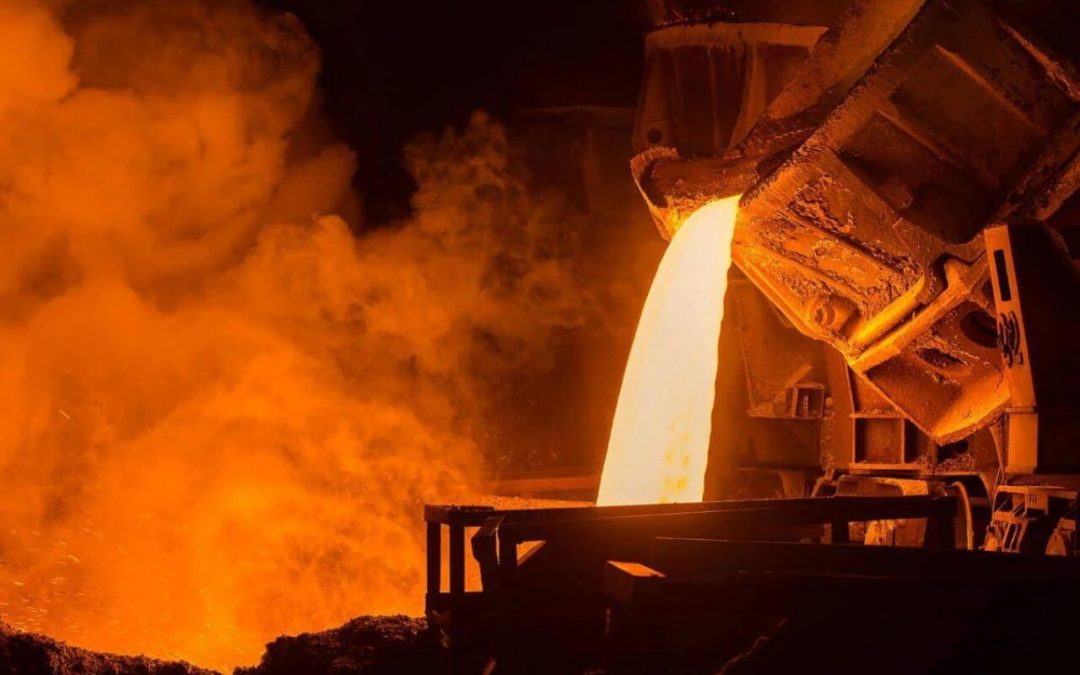 Tata Steel Vs SAIL: The tagline of SAIL goes, “There’s a little bit of SAIL in everybody’s life.” The words say as much about the steel industry as they say about SAIL. Almost everything around us can contain steel. It goes to build homes we live in, or the plates we eat in. If steel is so omnipresent, wouldn’t it be interesting to know who rules among the steel stocks in India?

In this article, we compare India’s two largest steel companies: Tata Steel vs SAIL. We will read swiftly the steel industry and the two steel companies. After that, we shall look at their fundamentals and see which has performed better over the years. Alright, let us jump in.

India is the second largest steel producer in the world after China. In the financial year 2020-21, the country produced 118 million tonnes of steel compared to 1,033 million tonnes produced by China.

As per the data from World Steel Association, the global demand for steel is expected to be 1,896 million tonnes this year. Therefore, we can say that India fulfils almost 15% of the global steel demand.

Talking about the origin of the demand, the construction, residential and automotive sectors are the major consumers of steel. This makes the steel industry cyclical industry. Its demand increases during economic booms and falls sharply when the economy contracts.

As for the production costs, coking coal makes up one-third of the cost of steel manufacturing. Indian companies are dependent on imports for coking coal. Thus lately, steel makers resorted to frequent price increases because of huge volatility in the international prices of coking coal.

In terms of export performance, the country’s exports of finished steel reached an all-time high of 18.3 million tonnes in FY22. This was because of rising steel prices around the world. The decreased supply from China amid other factors prompted this. However, the government increased export duty on many steel products to control domestic steel prices.

Summing it up, we can say that steel is a slow-growing sector. But the present business environment is favourable for non-Chinese steel makers. There is an opportunity for steel to gain market share amid the Chinese government’s crackdown on steel companies for decarbonisation.

Formerly known as Tata Iron and Steel Company Limited (TISCO), Tata Steel was set up in 1907 as the first integrated private steel company in Asia. The first steel plant was established in Jamshedpur which also eventually led to its development as India’s first industrial city.

Fast forward to today, Tata Steel is India’s second-largest steel producer (as per domestic production) and one of the top 10 steel makers globally. On a consolidated basis, it produced 31.03 million tonnes of crude steel in FY22.

The company has grown organically and inorganically over the years. NatSteel, Corus, Bhushan Steel and Nilachal Ispat Nigam are its four biggest acquisitions to date. It operates in more than 26 countries with key operations in India, Europe and South-East Asia.

But the European operations have been a major drag for Tata Steel. There are many reasons behind its heavy losses: over-priced acquisition of Corus, stiff competition from Chinese low-cost steel, inability to sell the unit and decarbonisation efforts by the European government.

SAIL is one of the largest steel producers in India. It is a Maharatna company owned by the government of India. It was set up in January 1973. Before that, multiple steel plants were functioning under the government’s ownership. The Ministry of Steel and Mines established SAIL as a holding company to manage all operations under one umbrella.

As of today, the company owns five integrated plants for iron and steel manufacturing. Along with this, it also owns three special steel plants and mines of iron ore, flux and coal.

As for the revenue segments, the SAIL product lines are almost evenly distributed between commodity and value-added products with each having a 50% share.

Many reasons have been attributed to this rally. Pent-up demand, the stocking of steel, and supply chain issues aided the companies. Further, the Chinese government’s efforts toward decarbonisation and localised lockdowns resulted in lower steel production in China.

We can note from the table below that year on year, the revenues of Tata Steel and SAIL increased 56% and 50% respectively. On a five-year basis, the total income of Tata Steel has climbed at a CAGR of 14.63%. The CAGR of SAIL was marginally lower at 12.47%.

Steel is a capital-intensive industry. This is visible in the high debt-to-equity ratios of steel producers. However, the record profits in the last two years have helped them, including Tata Steel and SAIL, to decrease their debt levels.

Similarly, SAIL is also very focused on reducing borrowings. The reduced leverage shall help both companies with their future expansion plans. Its FY22 year-end borrowings were at Rs. 13,678 crores.

Moving on to the net profit growth of the two companies, it must be noted that SAIL’s performance has been very impressive over the last five years.

During the downturn of the steel cycle, the company reported heavy losses of Rs. 4,176 crores and Rs. 2,756 crores in FY16 and FY17 respectively. After that, the management started to focus on special and value-added products.

Tata Steel has seen volatile bottom-line figures in the past during the downturn. Furthermore, its large acquisitions turned out to be serious capital allocation mistakes.

Both companies show an inconsistent increase in profits, highlighting the cyclical nature of the steel industry.

The table below shows the net profit figures of Tata Steel and SAIL for the last five years.

The profit margins of both companies have been very volatile in the last five years.

Let us have a look at the operating profit margins of both companies:

What we can see is the steel industry was already struggling even before the onset of the Covid-19 pandemic. We can see historically Tata Steel’s operating margins have been stronger than that of SAIL.

Looking at the figures, we can say that the Chinese steel companies were giving tough competition to both the Indian steel makers. But Covid-19 acted as a catalyst pushing up the alloy prices upwards. This resulted in better realisations and increased demand for Indian steel.

Tata Steel and SAIL are two of the only three steel companies in India which have their own iron-ore mines. This gives them a price advantage compared to the other steel producers.

Compared to Tata Steel, SAIL has a diverse product portfolio. To set this point off, Tata Steel has a global presence and cost leadership.

We are almost at the end of the article. Let us have a quick overview of both companies.

Having covered both companies in detail, we can say that Tata Steel has a more diversified presence than SAIL. The private player enjoys cost leadership over its counterpart which is visible in numerous ratios. But SAIL has lower debt and Tata Steel’s European operations are a drag on its performance.

It will be interesting to track the results and stock returns of both companies in the future. Which company will give a better return to its shareholders: the private Tata Steel with its long legacy or the government-owned SAIL?

It is said that time has all the answers in the stock market. Till then, keep saving and keep investing.