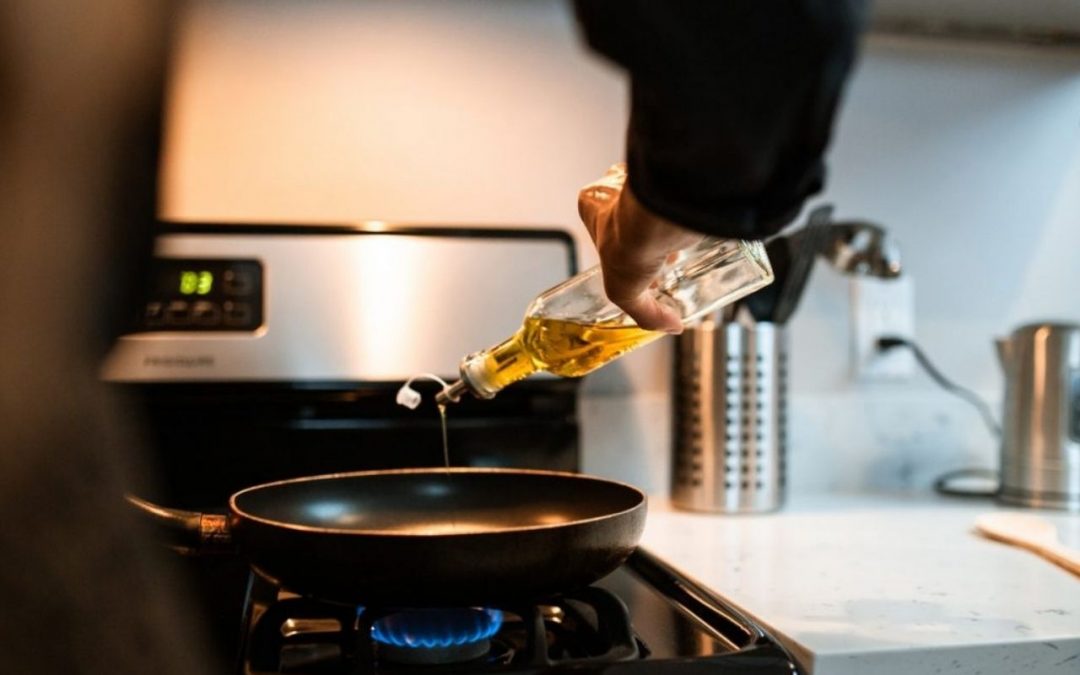 Top Edible Oil Stocks in India: Did you know that on average every Indian consumes 19kg of edible oil each year? Whether you go to a restaurant, a Dhaba, or even cook at home, you’ll find that most dishes require some amount of edible oil. In short, there is a huge demand for edible oils in India.

Indonesia and Malaysia together account for about 85% of the global palm oil production, and India is one of the largest importers. You might be surprised, but India imports a huge chunk of edible oils of all kinds. Domestic production doesn’t match the demand, but thankfully the budget brings some relief to the industry.

In this article, we take a look at top edible oil stocks in India, a little bit about the edible oil industry and the impact of the budget and the Russia-Ukraine crisis on the edible oil sector. Keep reading to find out!

In 2021, India imported 135.31 lakh tonnes of vegetable oil. This has been the lowest amount imported for the second time in the last six years. However, on average, two-thirds of the requirement of edible oils are imported to India.

The Impact of Budget 2022 on Edible Oil Stocks in India

India imports 17 lakh tonnes and 2 lakh tonnes of sunflower oil from Ukraine and Russia respectively. The ongoing war has led to a disruption in the supply. It hasn’t impacted the industry, but distributors started gaining higher profits. The prices of edible oils have increased by 50-70% over the past few months.

As a result, about 24% of Indian households cut down on edible oil consumption and 67% are paying more for it as prices of cooking oil soared in the past few months. Further, 29% of households switched to cheaper alternatives.

Let’s take a look at some of the top edible oil stocks in India:

Adani Wilmar is the market leader in the edible oil industry. It is among the top 10 consumer FMCG companies in India and its products are offered under a diverse range of brands. This joint venture between the Adani Group and Wilmar group was incorporated in 1999 and its shares got listed on February 8, 2022.

The company has 22 plants, 10 crushing units and 19 refineries across 10 states in India. It has 5,590 distributors who cater to over 16 lakh retail outlets. It has 22 manufacturing units and a reach of 91 million households.  It exports edible oil products, FMCG and industry essentials to more than 50 countries.

Adani Wilmar raised about ₹3,600 crores through its IPO. The shares got listed at ₹227 apiece on the NSE, slightly lower than their IPO price. However, they surged to close with a gain of 15.3% on their listing day. Over the last few months, the shares gave multibagger returns of 286.75% to its investors as they reached a 52-week high of ₹ 878.00 apiece!

One of the main reasons for the surge in the share price of the company was the ongoing Russia-Ukraine Crisis. Edible oil prices were spiralling and Adani Wilmar already had high levels of inventory. Therefore, it could make huge profits due to increased margins.

Adani Wilmar acquired packaged foods brand Kohinoor from American giant McCormick at an undisclosed amount in May 2022. This includes the acquisition of umbrella brands like Charminar and Trophy which together were valued at about ₹ 115 crores.

Gujarat Ambuja Exports Limited (GAEL) was incorporated in 1991. It is involved in the manufacturing of edible oils corn starch derivatives, cotton yarn, and feed ingredients. It has a long-term growth strategy in the Agro-processing sector.

Ruchi Soya Industries Limited is the largest manufacturer of edible oils in India. It was acquired by Patanjali Ayurved in 2019 for ₹4,350 crores. The company was a part of the Ruchi group. It manufactures and sells food products including cooking oils, soy foods and bakery fats.

Since its incorporation in 1986, Ruchi soya has evolved as a farm to fork edible oil business in India. Today it features among the top FMCG players and has one of the largest palm plantations in India.

It owns 22 manufacturing units with a refining capacity of over 11,000 tonnes per day. Moreover, it has access to exclusive procurement rights to over two lakh hectares of land in India that can be used for palm oil cultivation.

Agro Tech Foods Limited is engaged in the business of manufacturing, marketing and selling edible oils and a variety of food products. It is listed on the National Stock Exchange (NSE) as well as the Bombay Stock Exchange (BSE). They are affiliated with ConAgra Brands, Inc. of the USA, which is amongst the world’s largest food companies.

Currently, edible oils account for about 61% of its revenue, however, it is susceptible to risks related to regulations, availability of oil, high pricing and huge competition. It has a distribution network of over 1100 distributors that supply products to over 4,00,000 stores in India.

Agro-tech foods limited is a small-cap stock with a good current ratio of 2.56. The promoters, hold a 51.77% stake in the company, and this has remained constant for more than five quarters. Its revenue, as well as profits, have shown weak growth when we consider the last three years’ average.

Gokul Agro Resources Limited manufactures edible oils, non-edible oils and meals however, 83.84% of its revenue in FY 2020-21 comes from edible oils and their by-products. Its edible oil portfolio includes brands like Vitalife, Zaika and Mahek.

It supplies its products to the United States, the European Union, South Korea, China and more. 13.34% of its revenue comes from exports. It has a marketing and distribution network across 20 states in India.

On the bright side, the company’s PE ratio is lower than the industry average, its debt-equity ratio is ideal at 0.53. It has a good current ratio of 1.12 and its revenue grew by 18.34%, while its net profit grew by 42.45%, if we conder the average for the last three years.

It is a small-cap stock and its promoters hold a 69.82% stake which is good. However, its quick ratio is lower than 1 and this indicates that the company isn’t generating enough profits to meet its current liabilities.

Ajanta Soya primarily manufactures and markets vanaspati and cooking oils. In addition, it manufactures various kinds of shortening products for bakeries like biscuits, puffs, pastries and other applications. Further, it manufactures refined oils for third party/ contract manufacturing for various renowned brands. Some of its own brands include Dhruv, Anchal and Parv.

A few weeks ago, the company’s board approved a stock split in the ratio of 5:1 in order to improve the liquidity of the shares.

In this article, we looked at some of the top edible oil stocks in India. We gave you an insight into companies that may be behind the edible oils that you consume. The proposals in the budget seem to be favourable for the edible oils industry in India, and we hope that more beneficial measures will be taken in the coming years to reduce import dependency. Thank you for stopping by and happy investing, until next time!