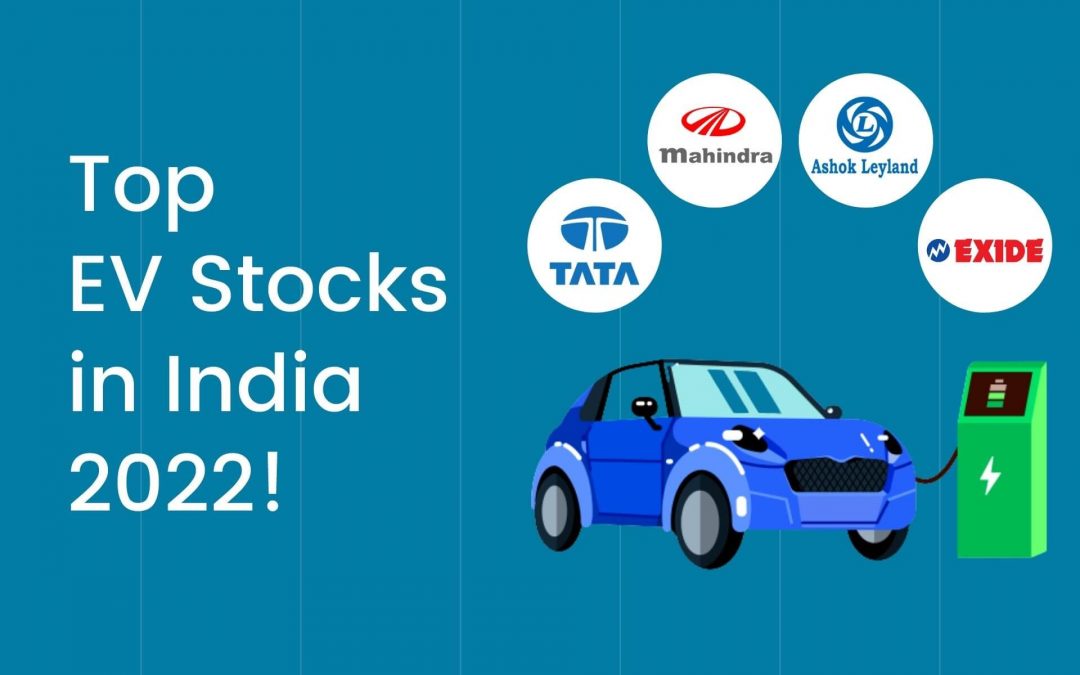 List of the Top EV Stocks in India 2022 – Electric Vehicle Manufacturers in India: When it comes to transport, new technologies just keep popping up around the world. These alternative technologies in transport are mainly based around electric vehicles with many companies jumping on the bandwagon to get some traction before the industry gets a radical shift away from traditional fossil fuels.

Why Electric and What is the plan ahead?

One of the major reasons why countries are forced into adopting an electric alternative is climate change. India according to Environmental Pollution Index (EPI) 2020 is ranked 168 out of 180 in terms of air quality.

One of the strategies adopted to combat this has been the push for electric vehicles (EVs). This will not only improve the environment but also India’s overall economic health. India currently imports crude oil and which sets us back in a deficit of approx $60 billion.

The aim set by the government has been 100% electrification by 2030. This is a humungous target considering the early stages of adoption that we currently are in.

The electric vehicle adoption rate in India is less than 1% according to a McKinsey&Company report. According to Bloomberg, in the six years leading up to October 2019, India has barely sold more than 8,000 electric cars. If compared to countries like China these sales figured are achieved in less than 2 days.

Some state government realizing their role have tried to eradicate one of the major barriers to owning an EV i.e. the high initial cost. This can be seen in the example of Maharashtra where subsidies were announced amounting to 1 lakh for electric vehicles. Consequently, Maharashtra had the highest sales volume since 2017 in the Indian electric car market.

The government has also realized that it is best to target their efforts towards the public transport system in the initial stages. This is because the purchase of EVs in the private sector will depend on major other factors like attractiveness etc. The public transport system being one of the most heavily used in a country like India will definitely offer a huge boost to the sector.

The Indian EV industry being in its nascent stages does not have an established market leader in all vehicle types. There are 10+ major players existing in the 2 wheeler segment, 3-4 in Electric buses, and a few in car manufacturing. The following are the top  Electric Vehicle (EV) Manufacturers in India: 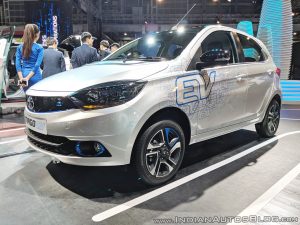 Tata is Indias biggest automobile manufacturer. It’s automobile segment ranges from the manufacture of cars, utility vehicles, buses, trucks, and defense vehicles. Its associate companies include Jaguar Land Rover and Tata Daewoo. But when it comes to the EV segment Tata is a new entrant when compared to Mahindra.

In India, Tata Motors has an industrial joint venture with Fiat. One of Tata’s major benefits has been its ability to use resources from around the world. Tata’s innovation efforts are focused on developing auto technologies that are sustainable as well as suited.

With design and R&D centers located in India, the UK, Italy, and Korea. Tata Motors in collaboration with its subsidiary, the UK based Tata Motors European Technical Centre (TMETC), are looking to have a major play in the EVs market in India. When it comes to EV’s, Tata has focussed on the Passenger Vehicles and Electric Buses market in India.

When it comes to four-wheelers Tata offers 4 vehicles to pick from. The Nexon EV, Tigor EV, Nano EV, and the Tiago electric variant. In the Electric bus segment, Tata expects its demand from State transport Unions. The expected demand is estimated to be around 400,000 buses in the long run.

Just to put things in perspective the range difference of the Kona and other market leaders is in hundreds of kilometers. The Kona, however, has an Ex-showroom cost of Rs.23.8 lakhs making it extremely expensive for Indian markets.

Addressing this Hyundai has however said that another EV is in developmental stages keeping affordability in mind in order to serve the mass market. This EV is expected to be ready to enter the market in the next 2-3 years.

List of Top EV Stocks in India for Investors

In this article, we discussed the list of the top EV stocks in India along with leading Electric Vehicle Manufacturers, their current work in EV segment, and future prospects. The Indian government had set up the aim of replacing all internal combustion engines with EV’s by 2030.

A report from Mckinsey and Company from 2017 indicated that 40% of electrification was a more realistic picture of mobility in 2030. This report, however, was prior to the Pandemic. This, in turn, will further set back electrification in the industry for years to come.

In addition, the steps taken in order to enable the acceptance of EVs will not suit their main purpose if alternative means of electricity production are not implemented. Currently, up to 60% of the electricity is produced from coal. Although the government has set major aims to bolster the growth of EVs a lot more has to be done in order to ensure they are implemented.

1. Which Indian Company is investing in electric vehicles?

2. What are the best EV Charging stocks?

The Top EV Charging stocks are Tata Power, Indian Oil Corporation, BPCL, Reliance Industries, NTPC and Powergrid Corporation. Among these, IOC and BPCL have already pledged to use their outlets to set up 17000 EV charging centres in near future.

3. What is the future of EV in India?

The future of EV in India seems very bright. The Indian government wants to join the Electric Vehicle Revolution and according to the sources, they plan to have 30% of private cars, 70% of commercial vehicles, 40% of buses and 80% of two wheelers and three wheelers go electric by 2030. India plans to make 10 million two wheelers every year, which is about 15% of the world’s production.

4. Who is the largest manufacturer of lithium batteries in India?

Some of the largest Lithium Ion battery manufacturers in India are Exide Industries, a joint venture between Suzuki, TOSHIBA and DENSO, in Gujarat; Amara Raja Batteries, Li Energy and ATL and Manikaran Power Ltd.

5. Is Ashok Leyland working on EV?

Yes, Ashok Leyland is working on EV and has already operated a fleet of electric buses as a pilot program in Chennai and Ahmedabad. The company is looking for the right investors as their EV initiative is quite crucial. Switch Mobility, a subsidiary of Ashok Leyland and Optare from the UK, is going to launch an e-LCV in India by the end of December 2021. The group has plans to invest $150-200 million in the EV space in the next few years.

6. Why are electric cars expensive in India?

Electric Cars are expensive in India because the batteries used in EVs alone form around 30% to 50% of the cost of EVs. These batteries are very expensive, hence increasing the cost of EVs. Another major factor for Electric Cars being expensive in India is because this industry is not able to utilize economies of large scale production. When the demand increases and EVs will be manufactured in high volumes, we can expect that the prices might reduce.

7. What is the best EV stock to buy in India?

Looking into the best EV Stocks to buy in India, there are various components that go into making an EV and, hence there are various stocks involved. Overall in EV manufacturing, Tata Motors is the best stock, with respect to the commercial vehicle sector. As far as batteries are concerned, Amara Raja Batteries is a good bet for EV batteries. Tata Power is a good buy for the charging sector. Anyways, please note that you are not recommended to buy stocks on the basis of this answer. Detailed stock analysis has to be done before investing.

8. Who is leading in the Electric Vehicles in India?

Currently, Tata Motors is leading the Electric Vehicle sector in India. Tata Motors was one of the first companies that decided to develop a fully autonomous electric vehicle on its own. Being a leader in the commercial vehicle segment, it has huge plans to go electric in commercial buses, Trucks and is preparing to launch its first electric truck soon.